Valhalla Memorial Park Cemetery, named after the palace of Odin, Norse god of slain heroes, is a beautiful cemetery that spans portions of North Hollywood, Los Angeles, and Burbank, California. With lush grounds and beautiful memorials, it is a serene place of respite and has a quite a history. Of course, due to its proximity to Hollywood, many classic film stars are interred here. Additionally, the cemetery holds a special section called the Portal of the Folded Wings Shrine to Aviation, which was initially built as a grand entrance to the cemetery. Here, a number of aviation pioneers are laid to rest and others are honored with memorials–including a cenotaph to Amelia Earhart. 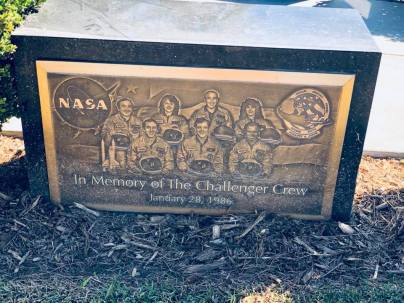 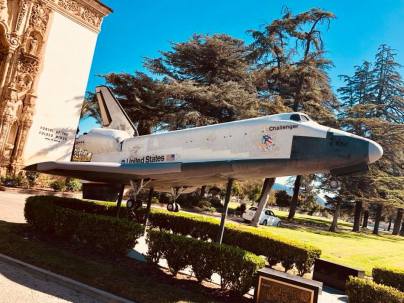 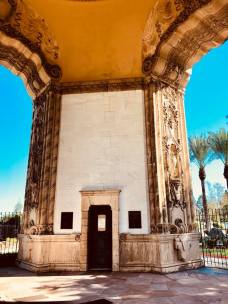 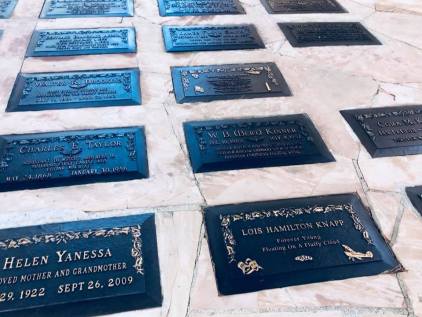 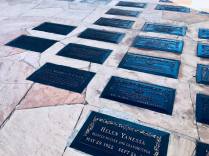 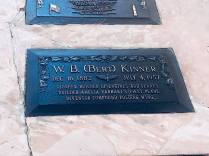 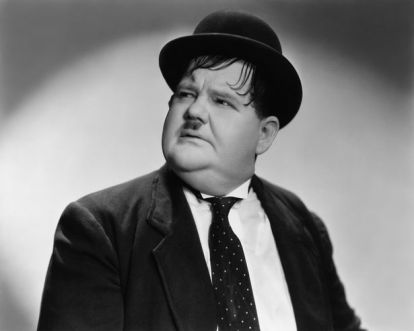 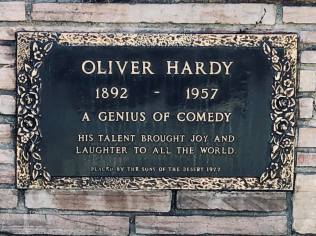 Oliver Hardy
(January 18, 1892 – August 7, 1957)
Born Norvell Hardy. An American comic actor and one half of Laurel and Hardy, the double act that began in the era of silent films and lasted from 1927 to 1955. He appeared with his comedy partner Stan Laurel in 107 short films, feature films, and cameo roles. He was credited with his first film Outwitting Dad in 1914. In most of his silent films before joining producer Hal Roach, he was billed on screen as “Babe Hardy.” 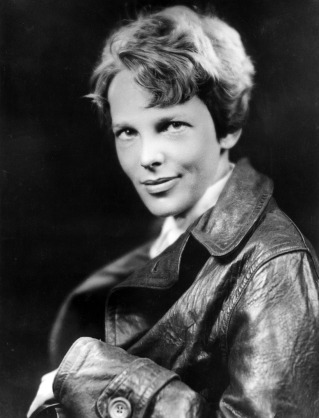 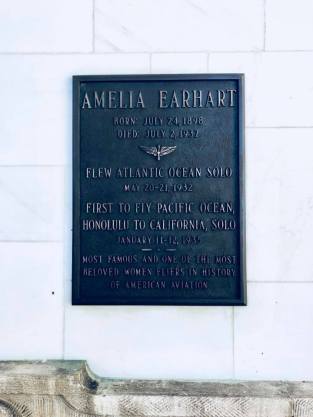 Amelia Earhart (cenotaph)
(July 24, 1897; disappeared July 2, 1937)
Amelia Mary Earhart was an American aviation pioneer and author. Earhart was the first female aviator to fly solo across the Atlantic Ocean. She set many other records, wrote best-selling books about her flying experiences, and was instrumental in the formation of The Ninety-Nines, an organization for female pilots. 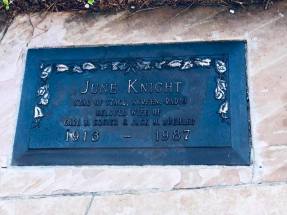 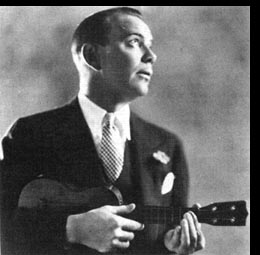 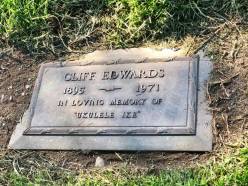 Cliff Edwards
(June 14, 1895 – July 17, 1971)
Clifton Avon “Cliff” Edwards, nicknamed “Ukulele Ike”, was an American musician, singer, actor and voice actor, who enjoyed considerable popularity in the 1920s and early 1930s, specializing in jazzy renditions of pop standards and novelty tunes. He had a number-one hit with “Singin’ in the Rain” in 1929. He also did voices for animated cartoons later in his career, and is best known as the voice of Jiminy Cricket in Walt Disney’s Pinocchio (1940) and Fun and Fancy Free (1947).

If you find yourself in the Los Angeles Area or near Burbank, I recommend a visit to this location.