Jobyna Ralston: A Life in Pictures

Out of all the Silent Era stars, Jobyna Ralston is easily among my favorites. Possessing a talent for drama and a strong knack for comedy, Ralston projected the image of a lovely female heroine in numerous films. Appearing in the first Best Picture winner Wings (1927) and frequently co-starring with Harold Lloyd, Ralston was a key player in early film roles.

Though a popular actress during the early years of the film industry, her name did not remain in the limelight for long. She left the industry to focus on family life after initially entering the industry to support herself and her parents. A loving wife and mother, she faced numerous challenges in her professional and personal life.

To date, not much has been published about Ralston. While her story can be traced through archives and many trade periodicals including her name, she has not been the focus of a book until Kate Gaddis’s Jobyna Ralston: A Life in Pictures.

In this book, Gaddis tells the story of Ralston as pieced together from multiple sources, including Ralston’s son, Rick Arlen. Though the historical details of Ralston’s life are intriguing, the book is made all the more intriguing by the inclusion of family photographs from Arlen’s estate, bequeathed to the author for publication.

Gaddis’s story is framed by her personal stories depicting her interest in Ralston and communication with Arlen. The book begins with a discussion of how Gaddis became inspired to pursue Ralston’s story and a turn in events relating to her friendship with Arlen. A surprised recipient of unique and unseen photographs, Gaddis became all the more motivated to compile a worthy tribute to both Ralston and Arlen. 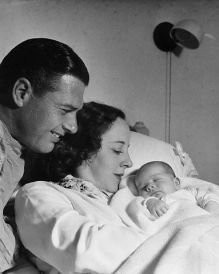 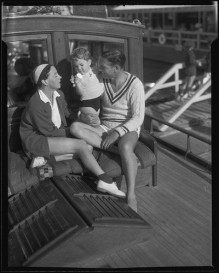 While the book is a fast read, the inviting narrative takes readers through Ralston’s life effectively, matching moments in her life with relevant photographs. If a picture is worth a thousand words, these are certainly worth many words in addition to the strong emotions they evoke. This personal portrayal of Ralston allows readers to better engage with a side of Ralston that the camera did not necessarily capture, readily offering us glimpses into the values and complexities in Ralston’s life.

I highly recommend this book to fans of early film and female comediennes, particularly those interested in learning about some of the lesser-discussed actresses of classic film. Ralston’s story is well worth exploring, as is her fine filmography.

Jobyna Ralston: A Life in Pictures is available through Dawnbreaker Press.