“Mostly I’ve played other roles, but even when I’ve played other parts people see me differently. In America, when you have an accent, in the mind of the people they associate you with kissing hands and being gallant. I think that has harmed me, just as it has harmed me to be followed and plagued by a line I never said.” –Charles Boyer

“Latin Lover” Charles Boyer was considered one of the top dramatic actors in several memorable romantic dramas. Boasting notable roles in films such as The Garden of Allah(1936), Love Affair (1939), and Gaslight (1944), Boyer cemented his legacy as a highly regarded actor in his home country of France, in Hollywood, and beyond.

Charles Boyer was born in Figeac, France, to Maurice and Luise Boyer. Maurice worked as a merchant in the small town, owning a shop that sold various household and agricultural supplies. Young Charles received his education in the schools and lyceum of Figeac, where he was described as a good, sociable student who gradually became intrigued by film and theater. At school, Charles played sports, recited poems, and participated in several plays. 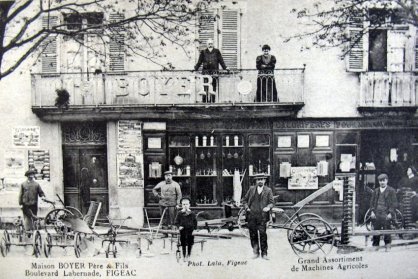 Throughout the course of World War I, Charles continued to act by entertaining soldiers with comedic skits in addition to completing the usual duties of a hospital orderly. Though his mother dreamed of him one day becoming a priest, lawyer, or educator, Charles’ experiences with entertaining soldiers solidified his goal of becoming an actor. Passionate about drama, Charles enrolled at the Sorbonne, where he worked on a degree in philosophy. His time there was interrupted by eighteen months of military service, after which he enrolled at the Paris Conservatory to complete his education and study acting formally. Thanks to his ability to memorize lines quickly, he was also able to replace a leading actor in a nearby stage production and received substantial praise from critics. Though he took on several small acting roles in both stage productions and silent films, critics largely recognized his exceptional potential as an up-and-coming actor.

Charles came to the United States in 1929, signing a contract with MGM. There, he appeared in a handful of film roles to earn a living but was often disappointed in the small supporting roles he received. Luckily, silent cinema was transitioning in favor of sound, and his low voice would soon make him a romantic leading man. One of Charles’ early Hollywood roles included a part in Red-Headed Woman (1932) alongside blonde bombshell Jean Harlow. Charles steadily gained more public recognition after starring in Fritz Lang’s Liliom (1934). Not long after, he acted alongside Loretta Young in the musical Caravan (1934) and also co-starred with Claudette Colbert in the drama Private Worlds (1935). 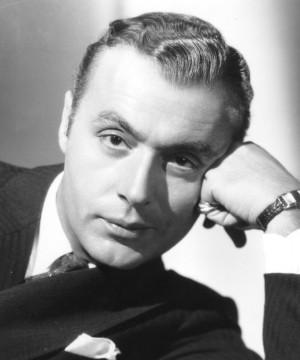 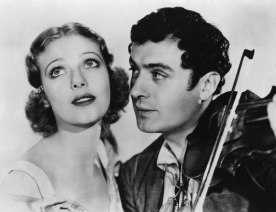 In 1934, Charles attended a dinner party at which he met British actress, Patricia Paterson. They were quickly engaged and married, and the marriage lasted until her passing in 1978. The couple welcomed a son, Michael Charles Boyer, in 1943.

By 1936, Charles became an international star after the release of Mayerling (1936), though he remained reserved and removed from Hollywood life overall. Moreover, his glamorous on-screen persona clashed with his everyday appearance; in films, he often wore a hairpiece, though he preferred to leave it behind when at home or in public. Nonetheless, his career progressed and he appeared in his first Technicolor film, The Garden of Allah (1936), working with Marlene Dietrich. Romantic film roles continued to pour in for him, leading him to collaborate with some of the top actresses of the day. His co-stars included Jean Arthur in History is Made at Night (1937), Greta Garbo in Conquest (1937), Michele Morgan in Orage (1938), Hedy Lamarr in Pepe le Moko (1938), and Irene Dunne in Love Affair (1939). In fact, his role in Pepe le Moko has been parodied on several occasions in Looney Tunes cartoons through the character of Pepé Le Pew. 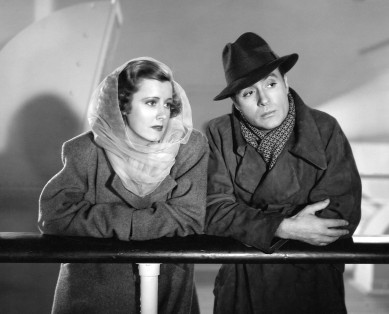 After years of work as a romantic actor starring alongside the likes of Bette Davis in All This, and Heaven Too (1940), Margaret Sullavan in Back Street (1941), and Olivia de Havilland and Paulette Goddard in Hold Back the Dawn (1941), Charles made several guest appearances on radio and television. Although he carried out numerous roles in these formats, Charles preferred to study characters that he portrayed in order to perfect his character development. Television and radio had him taking on new characters with almost every appearance, which did not allow him the chance for full immersion into a character. As a result, he not only took on more film roles but also performed onstage in Don Juan in Hell (1951), directed by Charles Laughton, and alongside Claudette Colbert in The Marriage-Go-Round (1958-1960). He also performed in the play Lord Pengo (1963), for which he earned a Tony Award nomination, and in Man and Boy (1963). Three years later, he even recorded an album of love songs called Where Does Love Go. Because of his ability to transition between film, television, radio, and stage, Charles ensured that his career was long-lasting.

Tragically, Charles’ only child committed suicide at age 21. Charles himself would die almost 13 years later by taking an overdose. His death occurred two days after his wife’s death from cancer and two days shy of his 79th birthday. 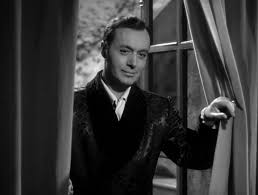 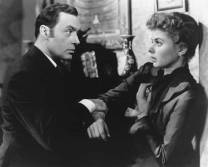 While Charles is remembered today for the substantial body of work he left behind as a romantic actor, a few places in existence have unique ties to Boyer’s early years and career. According to his naturalization paperwork, Charles resided at 2003 LaBrea Terrace in Los Angeles, California in 1936. He later relocated to 9955 Beverly Grove Dr. in Los Angeles. Both properties are privately owned today. His legacy in film is also honored in France; his hometown possesses its own tribute to Charles in the form of the Cinéma Charles Boyer, located at 2 Boulevard Pasteur 46100 in Figeac, France. Though named after Figeac’s famous classic film son, the theater regularly screens a wide variety of modern feature films. 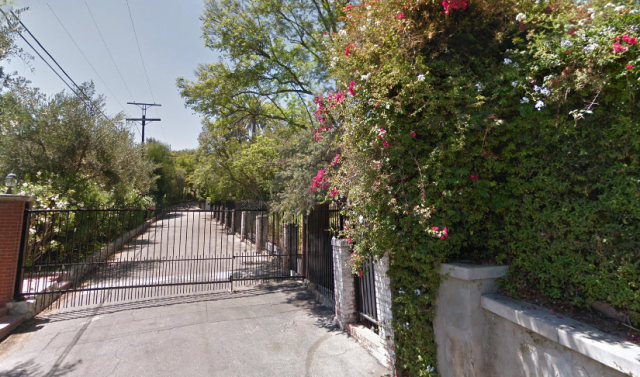 Whether you find yourself in Los Angeles or Figeac, take a moment to remember one of cinema’s top romantic figures — Charles Boyer.