When I think of talent at an early age, I think of Rose Marie. With a career that spanned 90 years, Rose Marie delighted generations of audiences through vaudeville, Vitaphone shorts, radio, stage performances, film, and television, while always maintaining sound inner strength and a fantastic sense of humor. No matter what challenges life threw her way, Rose Marie faced them head-on with grace and always went “on with the show.”

Wait for Your Laugh (2017) is a documentary film that tells the story of Rose Marie, through her own words. Rose Marie was interviewed extensively in order to make this documentary the most informative and holistic portrayal of her life. She reflects upon her career and its transitions, coupled with supporting interviews from her friends, family, and fellow entertainers. Though Rose Marie’s interviews are the backbone of this documentary, the film shines with rare photos, archival footage, and family videos, offering the most realistic depiction of Rose Marie on-screen and off. 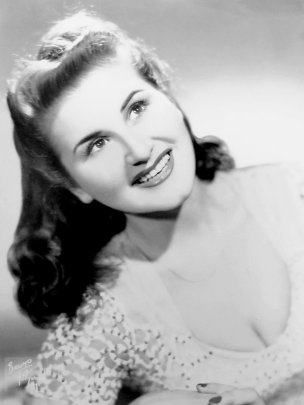 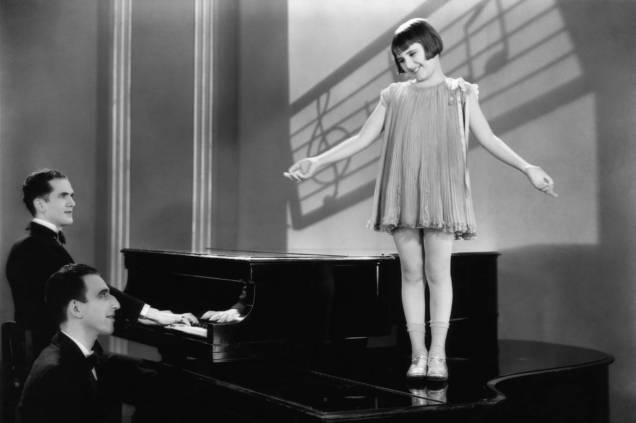 Though the documentary was released in early November of 2017, Rose Marie passed away on December 28. 2017. Always an active presence on social media in her later years, it was clear that she was passionate and enthusiastic about this project. She was someone  who always dreamed about her next big adventure, and she eagerly took part in the discussions and presentations that came with the release of the film. Thanks to this documentary, Rose Marie’s legacy will continue to live on all the more–in addition the the wide body of work she left behind for us to enjoy–and her story will continue to be told and celebrated.

I was delighted to interview Christina Wise, writer and producer of Wait for Your Laugh after director and writer Jason Wise connected me with her. The interview is published below.

Annette: Rose Marie was a fascinating woman of many accomplishments, who started her career in the entertainment industry at an early age. What inspired you to help share her story through the production of the documentary Wait for Your Laugh (2017)?

Christina: Jason and I wanted to make a film about the history of Hollywood and her agent suggested we do a film on Rose Marie. I ordered her biography and read it in two days. There were so many aspects of her life that were not only fascinating – like the mob – but things I connected with as working mom in entertainment. Yet she was doing things like working on set and traveling with a young child at a time when most women weren’t. I also was very drawn to the love story. It showed a very different side of her than people knew from the Sally Rogers character. I found her to be a wonderful role model for a woman of any age or even time.

Annette: While viewing Wait for Your Laugh, I enjoyed that the documentary not only told the story of Rose Marie, but allowed her to tell so many stories about her relationships with other people in the entertainment industry and beyond. How did you work to balance and present her story in a way that provides us with the most honest portrayal of her life?

Christina: I think most people are complex and she is no different. She has a fantastic sense of humor but she also voices her mind. As Dick says, she’s no pushover. I think because she’s so outspoken it wasn’t hard to represent that side of her. She is a strong woman that fought to get where she did in life, there is no denying that. But she was also very devoted to her family and had a caring side that developed strong friendships in this town. 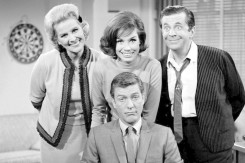 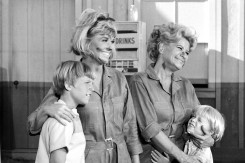 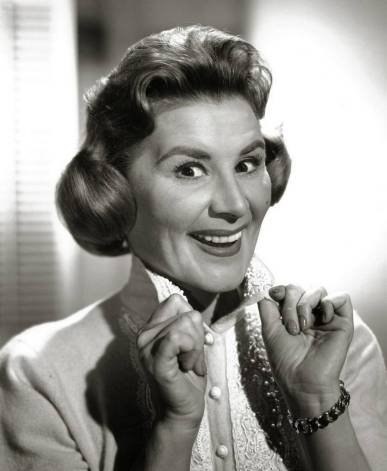 Annette: As I viewed Wait for Your Laugh, I learned so much more about Rose Marie’s life on an off the screen. What were some of the items you learned as you worked on creating this documentary? Did any of your findings surprise you?

Christina: Working on the documentary was a wonderful walk back in time. I’m only thirty-six so having the opportunity to study life in the forties and fifties for a performer or television’s ups and downs through the sixties and seventies was really interesting to me. And then telling that story, not just with facts, but through someone’s perspective made it more relatable to someone who didn’t experience those times. I think the most surprising aspect was how sharp Rose Marie’s memory was. She would tell us a story with names and dates and details from something that happened fifty years ago. Then, while going through her scrapbooks, I’d find the invitation, or letter, or picture that correlated perfectly with the story she told. It was amazing that with all the incredible experiences she had, she didn’t forget them. She was in that moment at the time and remembered it for years. And I think that is a great way to live life.

Annette: Do you feel that Wait for Your Laugh possesses a core message that you wish to share with audiences? If so, what is it?

Christina: For me, Rose Marie is a wonderful role model to women. I want other women, even my own two girls, to watch this and be inspired to continue to persevere. Rose Marie didn’t work hard because she had to; she did it because she loved it. She had fame, but that wasn’t as important to her. And her strength paid off. She stood up for herself when she needed to.

Annette: Why do you think it is important for today’s audiences to be aware of Rose Marie’s story?

Christina: I think there are a lot of salacious Hollywood stories out there that are full of sex, drugs, and mistakes. This is a different story but at the same time, just as entertaining – or at least I hope so. There’s the mob, a thieving father, an elopement, big named stars, success, loss, heartbreak and all those things that make stories fun to watch. Plus, knowing the past and how an industry changes and evolves is important. When we began making the film, many people thought this was for an older generation to feel nostalgic about. But I never had that in mind. I set out to make it for a younger generation that may not know what Vaudeville was or the impact television first had. And it was great that I got to tell that story while highlighting a woman who made a huge impact, yet was about to be cornered into being known for one role in her ninety year career.

Annette: Wait for Your Laugh does a fantastic job of honoring the life and legacy of Rose Marie. How do you feel that we should remember Rose Marie today? How can we best preserve her legacy?

Christina: I think recognizing all the accomplishments she had over the ninety years is a great start. Most people don’t know her full story before they sit down to watch Wait For Your Laugh. And when we think of female role models in Hollywood, I hope that Rose Marie is part of that conversation as much as Lucille Ball or Carol Burnett.

Wait for Your Laugh is available for purchase starting on May 1.