Vanity Street (1932) is a Pre-Code film that is tougher to come by in terms of its availability and criticism. Distributed by Columbia Pictures Corporation in 1932, the film runs at just under 70 minutes in length but is brimming with drama and action throughout its brief duration.

The film depicts the story of Jeanie Gregg, played by Helen Chandler, who is introduced to viewers as an innocent albeit starving a desperate beauty. At her wit’s end, she throws a brick through a drugstore in an effort to land herself in jail–where she contends she will at least be given food and shelter.

As she is about to willingly enter into jail, policeman Brian Murphy comes to her aid by giving her the keys to his apartment in the hopes that he can assist her in getting settled and finding employment. She secures a job as a Follies chorus girl and maintains her friendship with Brian and moves across the hall from him. Jeanie harbors affections for Brian but he is far too busy in his line of work to pursue a romantic relationship with her. Nonetheless, Jeanie refuses to become romantically involved with anyone else–even a local playboy.

Gigolo Val French is involved with Follies actress Fern Cavan and a socialite named Mrs. Dantry but has a strong interest in Jeanie. In an effort to persuade her to forget about Murphy, French tricks Fern into giving him the funds for a trip to Europe with Jeanie. Along the way, he learns that Fern has many funds put away in a safe and robs her, while also blackmailing Dantry.

In the meantime, Jeanie pines for Murphy and gets an idea to appear at the scene of a crime, thanks to listening to a radio call for Murphy. After Murphy scolds her for putting herself in danger, she is overwhelmed by his harsh response and decides to abandon her interest in him. Following a seemingly liberating night on the town, Jeanie finds herself facing a jail cell once more: she is arrested by Murphy for a murder that she claims she didn’t commit.

Vanity Street offers a fascinating portrayal of individuals from varied social classes being tempted into crime for a variety of reasons. Some individuals enter into crime deliberately for reasons that are noble or otherwise, while in other cases, individuals fall into crime or being treated as a criminal by accident.

The film offers strong performances by its lead actors, particularly the two main female role. Chandler’s portrayal of Jeanie is executed in ways that evoke sympathy and support for her demure but determined character, while Methot’s character is particularly bold and brash as she stops at nothing to propel herself forward. While Bickford’s character is unconventional in his method of inviting Jeanie into his home, the internal struggles that his character undergoes are well-executed. Bickford enjoys his sympathetic role and carries it out convincingly. Though Methot is often remembered as being one of Humphrey Bogart’s wives, she devotes much energy into her volatile performance of a troubled star. 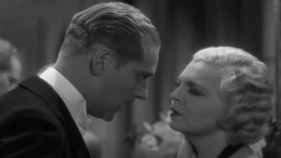 The cast members in this film are as follows:

As with many Pre-Code films, Vanity Street is a fast-paced story for its shorter running time and handles many issues within its time frame. Full of twists and turns and a wide breath of personalities, this is an intriguing film to enjoy.