“The story of my life is about back entrances, side doors, secret elevators and other ways of getting in and out of places so that people won’t bother me.” –Greta Garbo

One of the most iconic actresses to have made the transition from silent cinema to sound films was Greta Garbo. An illustrious Swedish-American star with a flair for both comedy and drama, Garbo became an international star with a distinct image and selectivity in her film roles. Despite being a popular film star, Garbo led a very private life and retired from a notable film career early on.

Greta Lovisa Gustafsson was born in Södermalm, Stockholm, Sweden, as the third and youngest child of Anna Lovisa and Karl Alfred Gustafsson. Her mother was a homemaker and jam factory worker, while her father was a laborer who worked many odd jobs, including working as a street cleaner, grocer, butcher’s assistant, and factory worker. Garbo had an older brother named Sven and an older sister named Alva. Overall, the family was impoverished, living in a three-bedroom flat in the city’s slum. 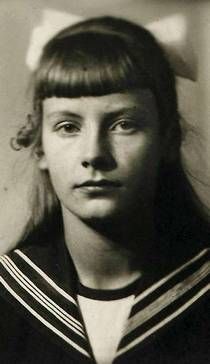 As a child, Garbo preferred to play alone. While not fond of school, she was imaginative and expressed an interest in theater at a young age. Her love for performance cultivated her leadership skills, with her eventually directing her friends in performances for amusement. Garbo dreamed of becoming an actress, later participating in amateur theater with her friends at the Mosebacke Theatre.

When Garbo graduated at 13, she did not attend high school, which was typical for a Swedish working-class girl of the time. Sadly, by the time Garbo turned 14, her father became ill due to the spread of Spanish flu and passed away.

In an effort to financially support herself and the family, Garbo found work as a soap-lather girl at a barbershop. She later worked in the millinery department of a store and would soon begin modeling hats for the store’s catalogs. Modeling accessories led to more profitable work as a fashion model. In 1920, the store’s director of film commercials began to cast Garbo in roles that advertised women’s clothing. Her first commercial premiered that year, leading to several others, beginning Garbo’s cinematic career. By 1922, she would appear in a short comedy film called Peter the Tramp (1922).

In order to gain more experience acting professionally, Garbo perfected her craft by studying at the Royal Dramatic Theatre’s Acting School in Stockholm. She executed a principal role in The Saga of Gosta Berling (1924) for Finnish director Mauritz Stiller, playing opposite Lars Hanson. Stiller became her mentor and manager as her film career developed. 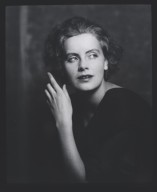 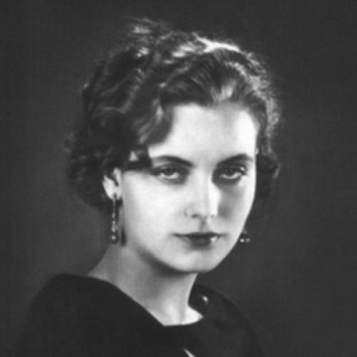 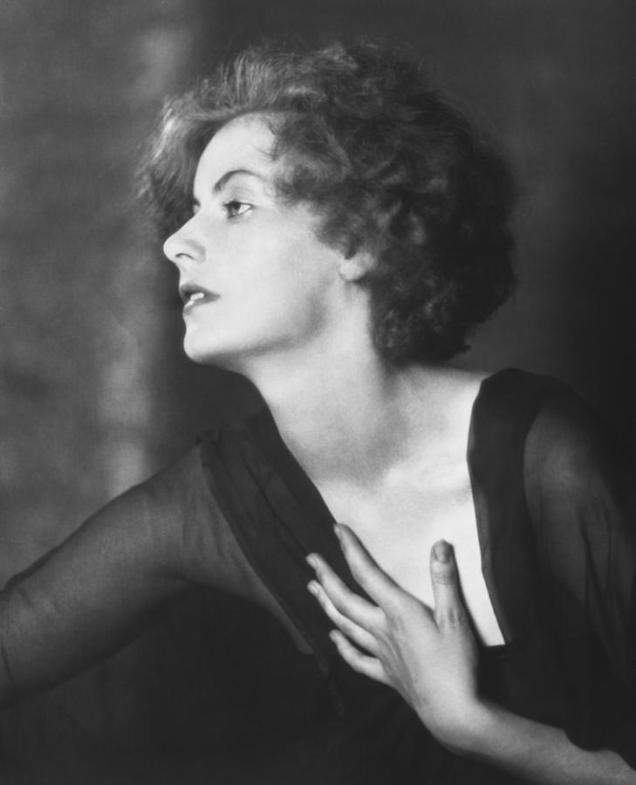 As Garbo’s career continued, she attracted the attention of Louis B. Mayer. In particular, he was drawn to her dramatic eyes and felt that he could make an even bigger star out of her. As a result, Garbo and Stiller were brought over from Sweden in 1925, at Mayer’s request, even though she was unable to speak English. After over six months without any word from MGM, Garbo was finally given a screen test. Produced Irving Thalberg was impressed and began the process of grooming her for work at MGM. Garbo’s teeth were fixed, she was given instructions to lose weight, and she quickly began taking English lessons.

Throughout her career, Garbo avoided large-scale social functions, preferring to be alone or with close friends. She rarely gave interviews and did not respond to fan mail or autograph requests. She was also distrustful of the media and generally avoided chances at studio publicity; however, she became one of the most publicized stars. Her desire for privacy cultivated an image of mystery, which was apparent both on and off the screen.

While Garbo intended to work with Stiller on her first film for MGM, she was instead cast in Torrent (1926) with director Monta Bell, in which she played a peasant girl opposite Ricardo Cortez. The film was a hit and Garbo’s performance was praised. The success of the film led to her being cast in a similar role in The Temptress (1926), opposite Antonio Moreno. Stiller was assigned to direct and Garbo was given top billing. Unfortunately, Stiller spoke little English and did not adapt well to the studio system. As a result, he was fired by Thalberg and replaced by Fred Niblo, leading to an expensive re-shoot. Though this was the only Garbo film of the period to lose money, Garbo continued to receive positive reviews. 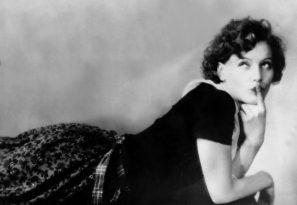 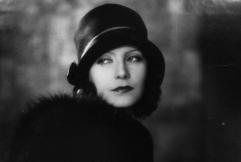 Among the next silent films in which Garbo appeared, three included popular actor John Gilbert. They appeared together in Flesh and the Devil (1926), Love (1927), and A Woman of Affairs (1928). As Garbo became a top studio actress, she also required specific conditions during the shooting of her scenes. She forbade visitors from her sets and demanded to have screens set up to surround her so that extras and technicians could not watch her performance.

As studios began to usher in sound, studio executives feared that her Swedish accent could affect how she was received by audiences in sound films. Her last silent film would be The Kiss (1929). 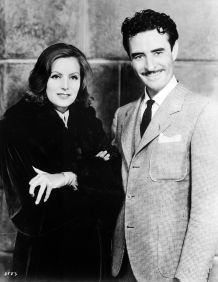 Next, Garbo was cast in Anna Christie (1930) for her first speaking role, which offered her one of her famous lines: “Gimme a whiskey, ginger ale on the side, and don’t be stingy, baby.” The film proved to be the highest-grossing film of the year and led to Garbo’s Academy Award nomination for Best Actress.

Garbo’s transition to sound films continued with successes such as Romance (1930), Inspiration (1931), and Susan Lenox (Her Fall and Rise) (1931). These films were followed with her two most famous roles as a World War I German spy in Mata Hari (1931) and as a Russian ballerina in Grand Hotel (1932). Both films were top-earners of the year for MGM, with Grand Hotel giving her another memorable line: “I want to be alone; I just want to be alone.” Later, Garbo would appear in As You Desire Me (1932), which would be the first of three films alongside Melvyn Douglas. Upon the completion of these films, her MGM contract expired and Garbo returned to Sweden. 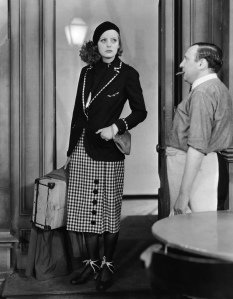 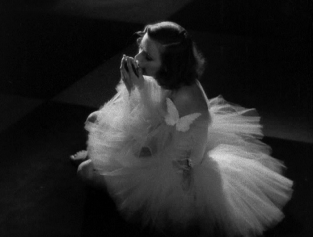 Roughly one year later, Garbo renewed her contract with MGM on the condition that she would receive a salary increase and would star in Queen Christina (1933). Though the studio initially intended to cast Charles Boyer as the lead actor, Garbo insisted upon the casting of Gilbert. Despite Gilbert’s declining popularity, he appeared in the film. Though the film went on to be the highest-grossing film of the year, it was not without controversy; some censors criticized scenes in which Garbo was disguised as a male and kissed a female co-star.

While Garbo’s films were popular in the United States, they also enjoyed success abroad—particularly in the case of melodramas. Garbo appeared in Anna Karenina (1935), which was an international success. Her work in Camille (1936) was sadly impacted by the death of producer Irving Thalberg, as she was close friends with Thalberg and his wife, Norma Shearer. In fact, in the same year, she lost both Thalberg and Gilbert, contributing to her somber performance in Camille. The film also went on to be an international success and led to yet another Best Actress nomination for Garbo. 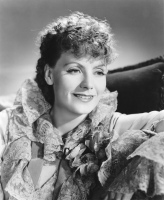 By the time Garbo appeared in Conquest (1937), her popularity was declining. The film was considered a flop, losing over one million dollars at the box office. When her contract expired, she briefly returned to Sweden.

In an effort to restore her popularity, the studio cast Garbo in Ninotchka (1939), which was her first comedic role. Under the direction of Ernst Lubitsch, the film received positive reviews from critics. Later, the studio capitalized on her success with the romantic comedy, Two-Faced Woman (1941). Though the film was not favorably received by critics, it enjoyed moderate success at the box office. However, as far as Garbo was concerned, her film career was over. 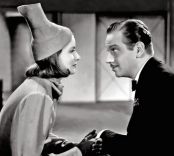 Initially, Garbo did not plan to retire. She did consider potential projects and even shot screen tests for other films. Most of the time, financing for the films fell through or the projects were abandoned altogether. While Garbo was offered roles throughout her retirement years, including the role of Norma Desmond in Sunset Boulevard (1950), she rejected them. Garbo became increasingly more private and disenchanted with working at the studio.

During her retirement, Garbo continued to avoid publicity. When not socializing with friends and acquaintances, she spent time traveling. Over time, she also became an art collector, with her collection growing to be worth millions. By 1951, she became a naturalized citizen of the United States and soon bought an apartment in Manhattan, where she would live for the rest of her life.  There, she would enjoy taking long walks around town in casual apparel. 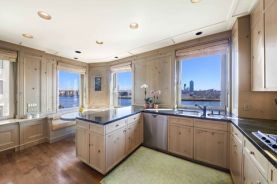 Garbo passed away on April 15, 1990, at age 84, due to pneumonia and renal failure. Her ashes were interred at Skogskykogården Cemetery, south of her hometown.

Today, there are tributes to Garbo all over the world.

In Durango City, there is a commemorative plaque on the house in which Dolores Del Rio was born, stating, “In the history of photography there are two perfect faces: hers and Greta Garbo’s.”

In southern Italy, there is a plaque on the Villa Cimbrone in honor of Garbo and her then-lover, Leopold Stokowski. The two stayed at the villa several times in the 1930s and their 1938 visit is memorialized on the plaque. 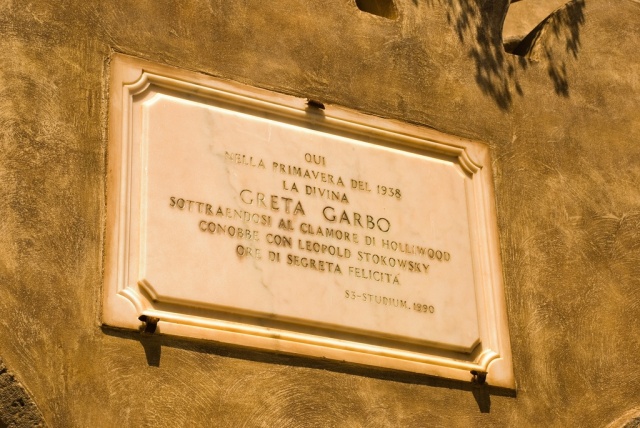 In the United Sates, Garbo is honored with a plaque above her favorite bench at the La Quinta Hotel in La Quinta, California. She and Gilbert visited the hotel many times, eventually leasing a private home that was built on the hotel’s property. 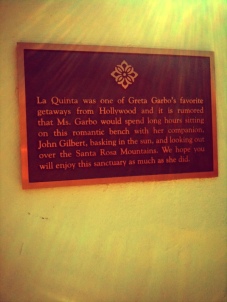 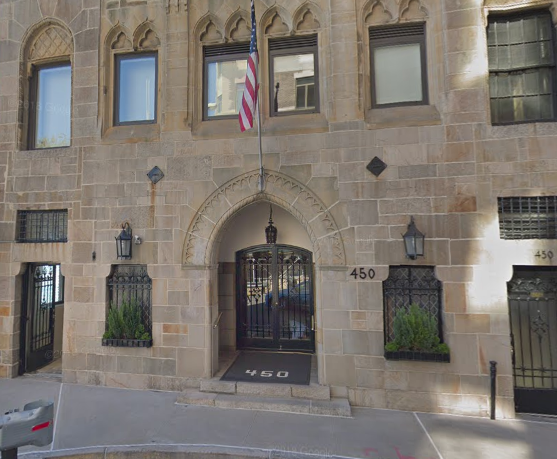 Finally, Sweden also has several tributes to Garbo. A bust of Garbo is affixed to the building at which she was born in Södermalm.

Additionally, the Garbo “Statue of Integrity” quietly sits in the midst of a remote Swedish forest close to the village of Lillhärdal.

Furthermore, to this day, fans pay their respects to her at her Skogskykogården Cemetery resting place.

While there are many locations that exist in relation to Garbo’s personal and professional life, one of the best ways to honor her is to enjoy her notable filmography.