Gene Kelly is easily one of the most iconic actors in cinema. In addition to his triple-threat talents and a prestigious output of films, Kelly was skilled in working in front of the camera and behind it. He also happened to star in Singin’ in the Rain (1952), which is arguably the best film musical ever made. While he was a fine actor on of the stage, film, and television, he also gained experiences as a singer, director, producer, screenwriter, comedian, and choreographer. Bringing a highly enthusiastic and athletic dancing style to the screen, Kelly continues to be a revered performer.

In June 2019, the Newberry Library in Chicago hosted a program entitled, “Spotlight on Gene Kelly: The Chicago Years,” presented by his widow and film historian, Patricia Ward Kelly. During her presentation, she spoke fondly of her time with Kelly, describing him as an intelligent professional who had strong connections to Chicago. To Kelly, Chicago was a hub for the dance community, and he certainly felt that his time in the city had helped shape him into the professional he would become.

“I had no idea who that was,” said Ward Kelly, when she found out that Kelly would be a narrator on the special. “I didn’t know if it was a man or a woman and they kept talking about this thing called Singin’ in the Rain that was to die for and I had no idea what they were talking about. But I wasn’t about to show my ignorance, so I just played along.”

When Ward Kelly met Kelly, she had no idea that he was famous but he was kind and carried himself in an elegant manner. “Gene, at the time, was probably one of the top five most eligible bachelors, if not the most eligible in the word,” said Ward Kelly. “The director decided to put me in a room with Gene to keep all the other women away from him.” Kelly quizzed Ward Kelly with word games and a series of random questions for fun, and was pleasantly surprised when Ward Kelly knew the answers. 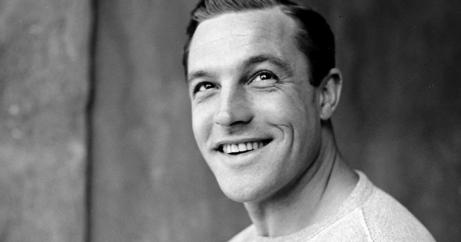 Kelly himself was bright and had a penchant for language, speaking French, Yiddish, Italian, and Latin. “He very often read a book a day, and I don’t mean a book. I mean, he would say, ‘I’m going to re-read all of Charles Dickens’ and he would start and go through the whole list. So, by the middle of the week, I was completely enchanted by him and he wasn’t bad-looking, either.”

When they parted ways after the project, they exchanged phone numbers and Kelly kissed her goodbye in front of the museum before driving away. A woman next to Ward Kelly said, “That guy is really famous,” to which Ward Kelly replied, “Oh, really?” The woman said, “Yes, why don’t you go down to the video store and ask for ‘Gene Kelly.'” About 48 films later, Ward Kelly became familiar with his work.

After they met and found they had a common love of poetry etymology, Kelly invited Ward Kelly to California and later asked her to write his memoir. They married in 1990 and remained together until his passing in 1996.

Today, Ward Kelly is considered the leading authority on Kelly. While many may already be familiar with Kelly’s accomplishments in New York and California, he did spend part of his life in Chicago. As part of her presentation, Ward Kelly discussed Kelly’s basic dance training in Chicago. In addition to sharing many personal stories about herself and Kelly, she also related what she had learned about her husband from his own stories and from researching him.

In the case of his time in Chicago, Ward Kelly offered different anecdotes about Kelly’s time there, with many of which still depicting locations that exist to this day. Kelly worked on the Kiddie Isle at the 1933 World’s Fair and performed at the Harris Theatre. He spent time with Irene Castle at the Pump Room and also frequented the South Side with John Barrymore. During his leisure time, he would visit jazz clubs throughout the city, continually consuming and enjoying the music and culture that the city had to offer. Ward Kelly also offered a humorous anecdote of Kelly skinny-dipping in Lake Michigan as well as several other fascinating stories. 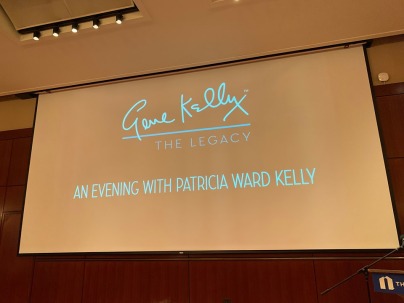 Today, Ward Kelly continues to keep the Kelly legacy alive and travels extensively to do so. Currently, she is the Trustee of The Gene Kelly Image Trust and is the Creative Director of The Gene Kelly Legacy, Inc. She lives in California, where she curates the Gene Kelly Archives and is is working on a book about Kelly.

A full recording of Ward Kelly’s presentation is available here.