The 1960s certainly had their fair share of memorable releases across a wide variety of genres! While there are many films to laud from this decade, I have chosen six films to recommend as part of Classic Film & TV Cafe’s 6 from the ’60s blogathon. Each year, Classic Film & TV Cafe hosts a blogathon in honor of National Classic Movie Day, which I am more than happy to help celebrate!

Here are my picks for this blogathon in order of release:

I’m a huge fan of Jack Lemmon and Billy Wilder, so being excited about The Apartment is a no-brainer to me. I think that the writing in this film is especially good and there are so many memorable moments to enjoy–from Lemmon straining spaghetti with a tennis racket to a loaded “Shut up and deal” from MacLaine. In particular, Lemmon’s performance is especially strong. He has a breezy, quirky persona, but he is also a complicated character who grows and develops a stronger sense of confidence as the film progresses. I think this film holds up quite well and is certainly one worth enjoying.

This movie happened later in the careers of Jimmy Stewart and Maureen O’Hara but they are just as fabulous as ever in their roles. In this story of a family taking a vacation, there are many challenging as well as heartwarming moments–as it the case in any family. I think pieces of this film are relatable to just about anyone who has taken a family vacation. Moreover, I especially enjoy the fun duet that Fabian and Lauri Peters do.

I first saw parts of this film back in high school. My friends and I loved all of the fun performances in it and decided to rent it out and finish the film together. We enjoyed it immensely! As I researched the film a bit further on my own, I was also intrigued to learn that Peters happened to originate the role of Liesl in the original Broadway production of The Sound of Music in 1959. 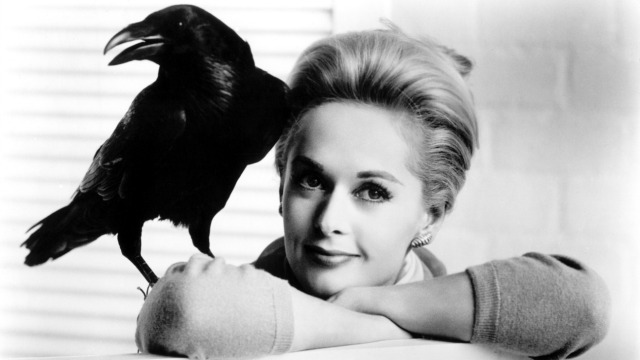 The Birds is just one of those movies that you have to see. It’s beautifully foreboding and suspenseful and expertly transitions from everyday life to a horror. Tippi Hedren’s performance here is nothing short of iconic–especially that scene in the phone booth. To this date, this film does not fail to fascinate and remains a masterful work by Hitchcock–truly, the master of suspense in any era. 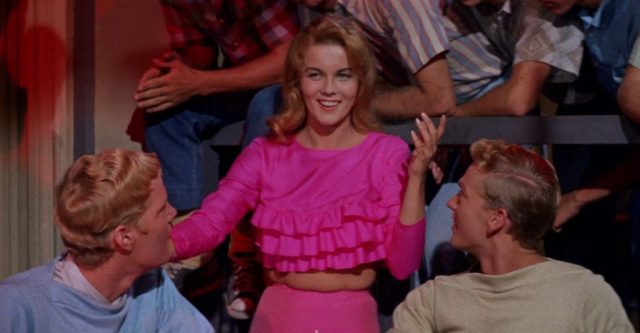 I think that Bye Bye Birdie is a fun, lighthearted musical with stellar performances. Ann-Margret, Dick Van Dyke, and Janet Leigh stand out as starring characters and they are supported by many other terrific castmates. Though the film version focuses far more on Ann-Margret’s character and differs from the Broadway show, it is still an entertaining film with some energetic musical numbers. I also think it’s especially interesting to think of Conrad Birdie as Elvis (whom he was based upon) and consider Ann-Margret’s affiliation with Elvis in films and real life. It’s also worth pointing out that Van Dyke originated the character he portrays in the film on Broadway, making him one of the few aspects of the show that actually transitioned to the screen.

This is yet another film that I find to be iconic. Julie Andrews enjoyed quite a few successes in the 1960s but The Sound of Music is arguably one of her most memorable roles–and she has certainly had plenty! When I think of Andrews, I immediately think of Maria twirling on the mountains about to launch into her hearty, “The hills are alive…” and to entrance me for the full duration of this fine film. I think this film is a family classic and is certainly one that I have enjoyed time and time again over the years. Moreover, I feel like the costumes in this film are recognizable. You can only imagine my excitement when a collector invited me to see his costumes and did not give me the heads up that this piece was in his collection! 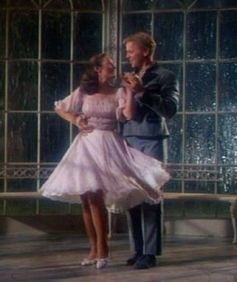 This last one has a special place in my heart because I went to an all-girl Catholic school, nuns and all! Given that this is the case for our two lead teens in the film, you can imagine why it was so relatable. This is another especially family-friendly film. Though it is largely a comedy, there are certainly some serious and thoughtful moments in this film about friendship, growth, and new beginnings. While I usually delighted in the performances of the teens, my most recent viewing of this film had me enthralled with Rosalind Russell‘s performance–and the fact that she made sure the film premiere benefited an all-female Catholic academy started by her friend. In 2019, I was honored to develop a film series for my high school alma mater and was happy to introduce this film on opening night. Bill Murray’s sister, Sr. Nancy Murray, also attended my same high school and was our special guest with loads of fun stories to share regarding her own teen years and eventual decision to become a nun. I would highly recommend this film as a sweet comedy to enjoy.

This post was part of Classic Film & TV Cafe’s 6 from the ’60s Blogathon. To read more entries for this blogathon, visit this page or click the banner below.