Miliza Morelle: Your world is coming closer to me. But I’m afraid. —Martha O’Driscoll (AS Miliza Morelle) in The House of Dracula (1945)

Martha O’Driscoll was born on March 4, 1922, in Tulsa, Oklahoma. Though born in Oklahoma, O’Driscoll was raised in Phoenix, Arizona. There, she exhibited an interest in the performing arts and took lessons in singing and dancing. Soon after, she participated in local theater productions, which led her to be spotted by choreographer Hermes Pan.

Upon Pan’s recommendation to her mother, O’Driscoll and her mother relocated to Hollywood in an effort for O’Driscoll to pursue work in films. While in town, they answered an advertisement seeking to cast dancers in a film. Aged 13, O’Driscoll lied about her age and secured a role in the musical Collegiate (1935), starring Betty Grable.

As O’Driscoll gained more film credits, she began receiving more prominent roles. At the same time, hers was a frequent face in product advertisements appearing in magazines. Over time, O’Driscoll appeared in small roles in films like The Big Broadcast of 1936 (1935) and The Great Ziegfeld (1936), primarily for her dancing abilities.

Later, she would be noticed by a talent scout for Universal, leading to a screen test and a contract. Most of her roles for Universal were also small or uncredited. All the while, she continued to promote products in magazines. Soon enough, Universal would loan her out to appear in MGM films such as The Secret of Dr. Kildare (1939) and Judge Hardy and Son (1940). 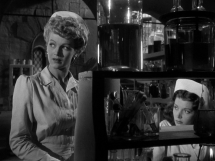 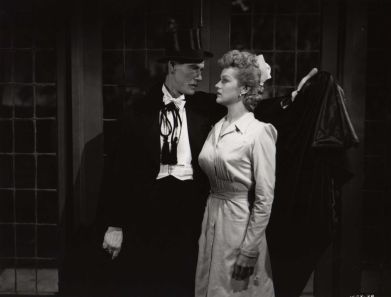 As the 1940s continued, O’Driscoll appeared in several B movies. With World War II unfolding, she and Errol Flynn traveled extensively to entertain the troops. She would go on to marry Lieutenant Commander Richard D. Adams in 1943, though they would divorce in 1947. 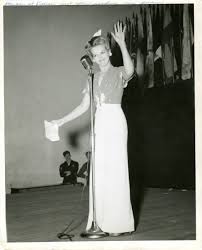 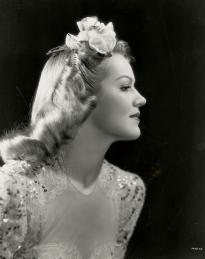 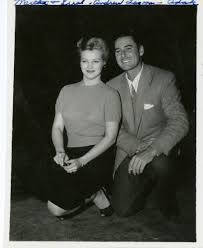 During their relationship, O’Driscoll appeared in five films with Noah Beery, Jr., in addition to her most notable role in House of Dracula (1945). Her final film appearance was in 1947’s Carnegie Hall.

Two days after her divorce from Adams, O’Driscoll married Chicago businessman Arthur I. Appleton—a marriage that would last until the end of her life. Appleton was president of the Chicago-based Appleton Electric Company. Upon her marriage, she retired from show business to focus on family life. The couple had four children: James, John, Linda, and William.

In her newest role, O’Driscoll was a devoted mother and an active member of her community in the Chicago, Illinois, suburbs. She participated in the Sarah Siddons Society, the Chicago Junior League, the Women’s Board of the Chicago Boy’s Clubs, and was treasurer of the World’s Adoption International Fund. She was also a den mother for the Boy Scouts while living in Northbrook, Illinois, in addition to serving on the Board of Directors for Appleton Electronics and Appleton Oil Company. Later in her life, she also appeared at nostalgia conventions to interact with fans of her film career.

While living in Northbrook, the Appletons were instrumental in the residential community Bridlewood, which was also in Northbrook. They maintained a home at 1 Bridlewood Rd., in addition to Appleton’s Chicago office. In the years that followed, they would also have a condominium in Wilmette, Illinois, overlooking Lake Michigan.

Eager to give back to Ocala, the couple and Appleton’s sister built the Appleton Museum of Art. Thanks to their combined efforts, the museum opened in 1987, in Ocala.

Once Appleton retired, he and O’Driscoll spent their years enjoying their many hobbies and alternating residences among Chicago, Bridlewood Farm, and their Miami home on Indian Creek Island.

O’Driscoll passed away on November 3, 1998, in Ocala. She was 76 years old. O’Driscoll was interred at Rosehill Cemetery in Chicago, within the private Appleton family room of the cemetery’s large mausoleum building. 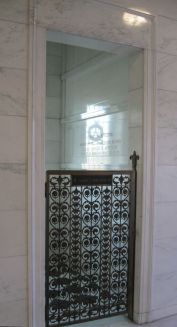 By 1940, O’Driscoll was residing at 1825 Whitley Ave., Los Angeles, California. This is the property today: 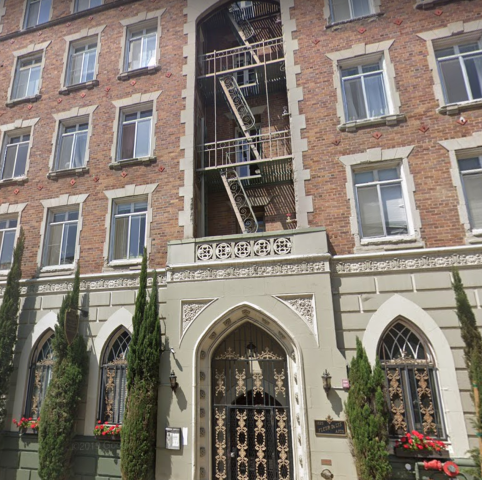 Once O’Driscoll and Appleton married, they lived at 1 Bridlewood Rd., Northbrook, Illinois. The Bridlewood subdivision still remains today with equine symbolism throughout. While the original home does not stand, here is the property at present:

The condominium building at which the Appletons lived remains at 1500 Sheridan Rd., Wilmette, Illinois. Their condominium was unit 2H.

The Appletons also maintained a residence at 22 Indian Creek Island Rd., Miami Beach, Florida. The home stands to this day. Here are photos of the home: 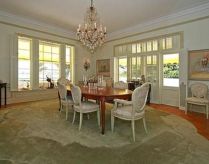 After the Appletons passed, Bridlewood Farm in Ocala, Florida, remained in the family. Their daughter, Linda Appleton Potter, remains a major supporter of the museum. In the settlement of the estate, the family sold the farm, with Linda ensuring that many documents and photos of her parents came to the museum. 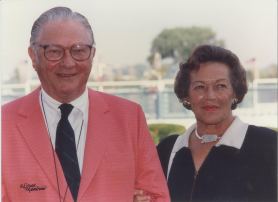 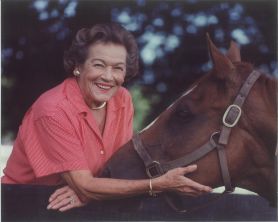