“I left home because I was hungry.” -Red Skelton

Red Skelton is probably one of the most endearing American comics. Maintaining a simple brand of patriotic comedy, stemming from the clowning tradition, Skelton charmed audiences through live performance, radio, and television broadcasts. Skelton stood for the cultural values of his time, which, in turn, eventually ended his television career as beliefs shifted.

Skelton hailed from the small, rural town of Vincennes, Indiana. He was born in a small white flat to a mother, who he loved dearly, though his father passed away just two months prior to Skelton’s birth.

I do not believe that Vincennes has changed very much since Skelton’s day. It continues to be a quiet and small town, although it does house the campus of Vincennes University. With this, I often found myself wondering what Skelton did for fun while in Vincennes, and how he received his knack for physical comedy.

During Skelton’s time, my questions would have easily been answered by waiting for the many interesting strangers passing through small towns and rural communities, en route to perform in large cities. Charlatans and medicine men drew large crowds, putting on shows to sell products or simply entertain as part of their livelihood.

But no traveling troupe was more anticipated by children and adults alike than the circus. Exotic animals, amazing acrobats, glitzy showgirls, and comic routines were a handful of the wonderment at which a young Skelton giggled and marveled. To Red, the circus was more than an act–it was like magic. Through the circus, Red was able to connect with the father he never met, who used to be a clown at the Hagenbeck-Wallace Circus. Gazing at all the joy the traveling harlequins brought to everyone in town, Red knew just want he wanted to do for the rest of his life–make people laugh.

Because of the death of his father, Red worked many odd jobs as a young boy. Young Skelton sold newspapers at the age of seven, in order to support his family. In 1923, a man bought every copy of the day’s newspaper that Skelton was selling, in an effort to hush Skelton. The man then asked Skelton if he would like to come see the latest show in town, and even offered Skelton a backstage tour. This incident was Skelton’s first brush with show business–the man was none other than comedian Ed Wynn.

Years later, Skelton picked up a job of selling products on behalf of a traveling medicine man. During one show, Skelton tripped and dropped several bottles by mistake, but was met with the laughter and applause of an audience. It was then that Skelton cultivated his unending reverence for the clown, which would last him throughout the duration of his career. The influence of clowning was evident in the characters he portrayed, translating his knowledge of clowning as a live performance into the homes of millions by the twist of a television dial.

Recently, Vincennes has been bustling with activity in order to pay homage to its native son. As of July 2013, the Red Skelton Museum of American Comedy opened its doors in an exciting ceremony attended by several fans, Skelton’s widow, Lothian, and Skelton’s daughter, Valentina Skelton Alonso. The museum is located on the campus of Vincennes University, at 20 Red Skelton Boulevard. 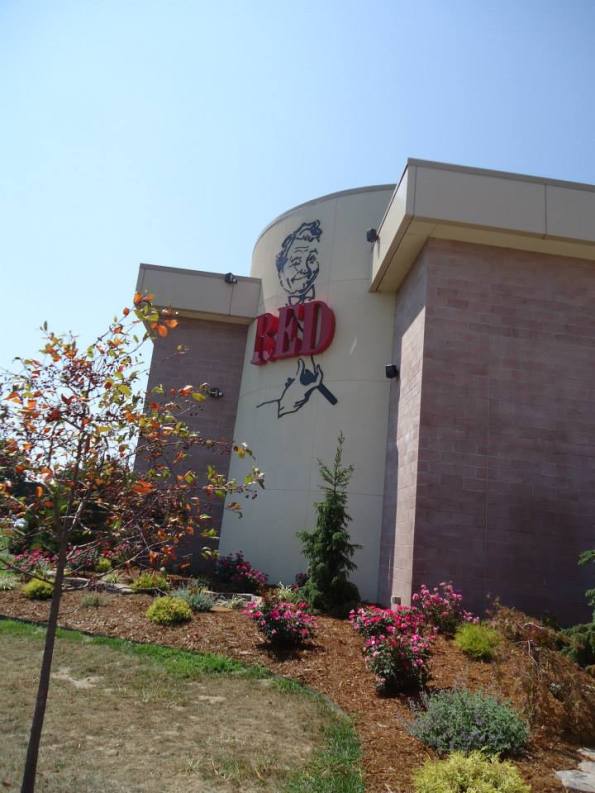 Their hours are: Tuesday- Saturday 10:00-5:00, and Sunday Noon-5:00. Admission is $8 for Adults, $7 for Seniors, and $5 for students. However, if you become a member, you can score some additional perks and tickets. Plan accordingly!

Unfortunately, the museum is not very GPS-friendly, as I wound up blocks away at Red Skelton Memorial Park. I recommend popping in the address for Vincennes University instead, which is 1002 N. First Street.

Though the museum is largely a tribute to Skelton, it also stands as a wealth of information on the history of American comedy. Visitors are seated in a miniature theater to view an extremely well done introductory documentary on Skelton, and where he was situated in the historical context of ever-evolving American comedy.

From there, visitors can mill through exhibits containing original costumes Skelton wore to portray his various characters on television. Each display is accompanied with footage that grants visitors background information on the character, as well as television highlights from that character’s career. 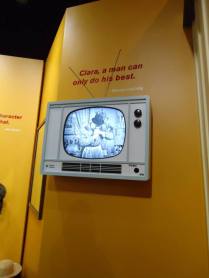 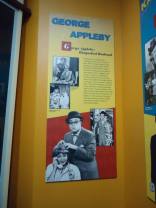 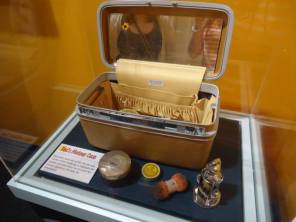 The Red Skelton Museum does an incredible job of telling Skelton’s story digitally, while also displaying amazing artifacts. There are many hands-on or interactive exhibits, which are amusing for both children and adults. You can try on an assortment of fun hats, as Skelton claimed he could never completely understand one of his characters until he found the perfect hat. 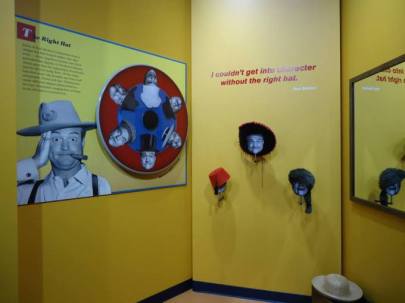 Another exhibit that stands out uses a camera to take your photo, and then allows you to digitally apply clown make-up to your picture. When finished, the computer digitally transposes the clown make-up to your reflection in the mirror. My creation, however, resulted in the stuff of nightmares, but I still recommend this fun activity! 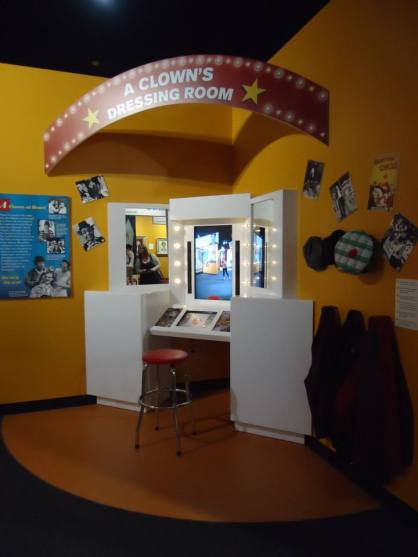 Best of all, the museum isn’t fully completed yet, as there are more interactive exhibits to come–namely, a designated place for fans to emulate Skelton and practice some pratfalls.

The museum also possesses an exhibit that details Skelton’s stance on retaining “under God” in the Pledge of Allegiance, which he recalled learning while still a boy in Vincennes. 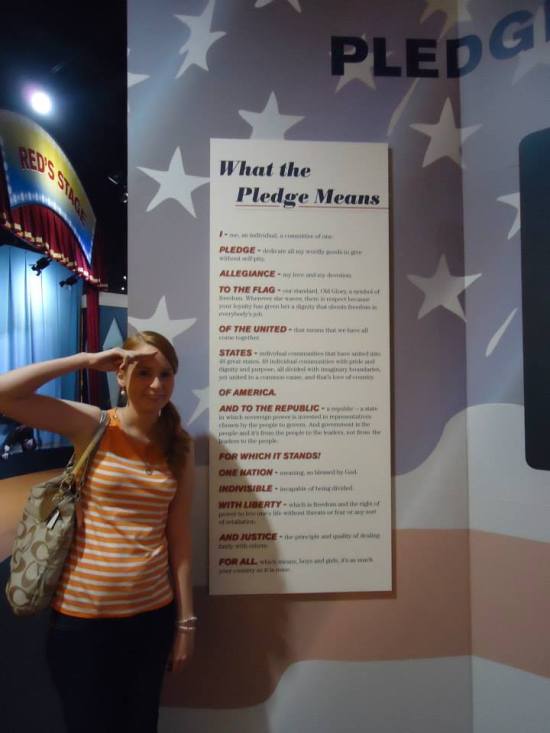 Skelton’s style of comedy, sadly, was eventually dubbed as outdated by television networks. The old brand of clowning did not seem to have a place or relevance in a nation of counterculture, on the brink of a devastating war in Vietnam. The nation, instead, turned to satire and socio-political commentary for comic relief. Television networks underwent a “rural purge,” in which shows like Andy Griffith, Green Acres, and many more did not make the cut. Skelton’s own show fell victim to the purge, just about breaking his heart.

In order to continue making people laugh, Skelton returned to his roots of live performance and toured the nation. He made a variety of guest appearances on talk shows, and continued to spread laughter until his dying day.

Skelton’s museum celebrates his amazing life, and is a fitting tribute to this clown. The museum also details Skelton’s other interests aside from comedy, highlighting his own artistic skills and written work. 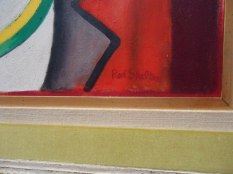 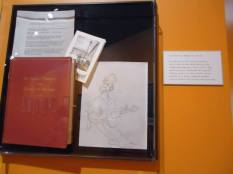 The Museum is in the same building as the Red Skelton Center for the Performing Arts, which holds Red’s tuxedo and several of his Emmys. 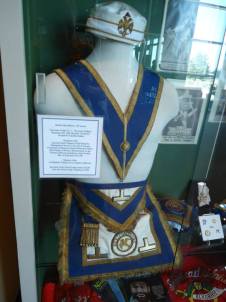 The building also possesses some original hand and footprints that were situated outside Charlie Chaplin’s Studios, which later became the Muppet Studios. 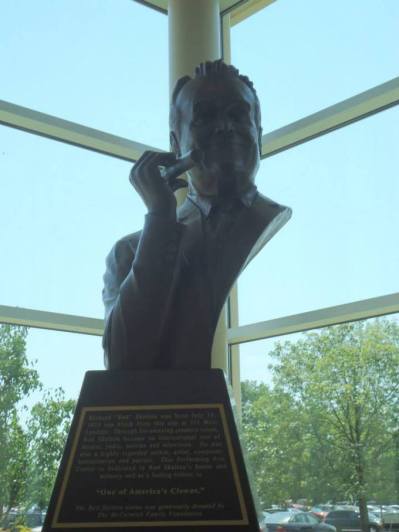 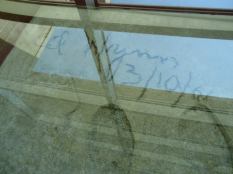 Just across the street from the museum, the home in which Skelton was born still stands. Although Red bought his mother a brand new home in California when he achieved acclaim, his family home was regarded as iconic by the town of Vincennes. The home has been purchased by Vincennes University, and there are plans to restore the home so that visitors may tour the building. 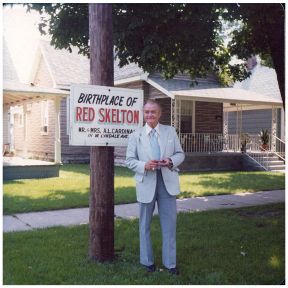 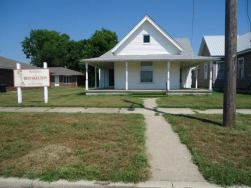 Depending on which way you’re coming from, you may also be able to spot the Red Skelton Memorial Bridge, situated on Route 50, over the Wabash River. 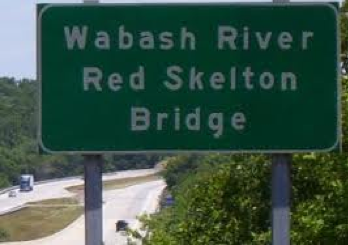 I am very excited to see Skelton’s museum continue to grow, as he has always been a favorite of mine. So much, in fact, that my senior yearbook quote is one of his musings:

“If by chance some day you’re not feeling well and you should remember some silly thing I’ve said or done, and it brings back a smile to your face or a chuckle to your heart, then my purpose as your clown has been fulfilled.”

I highly encourage you to drop by Vincennes or visit the museum website to assist in their efforts to educate others about Skelton and preserve his history, as both a local claim to fame and national comedic icon.

Update: In 2017, the Indiana Historical Bureau dedicated a new historic marker to Red outside of his childhood home. 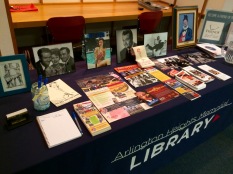 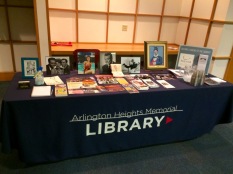 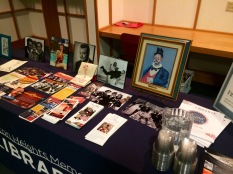