John Leroy “Roy” Atwell was born in Syracuse, New York, on May 2, 1878, to Joseph and Louisa Atwell. As a child, he organized amateur plays in a neighborhood barn with his friends, later inspiring him to pursue theater. His time in traditional schooling ended with 8th grade.

Before achieving a film career, in 1898, Atwell enlisted in the National Guard. According to the Spanish-American War military and naval service records, he was a private in the 3rd infantry.

He studied at the Sargent School of Acting and became a performer of the stage, vaudeville, radio, and screen. Atwell’s Broadway credits included The Little Missus, Oh, My Dear!, The Mimic World, How’s Your Health?, and The Firefly. He was also a member of the Fortune Gallo’s San Carlo Opera Company.

When Atwell initially started working on Broadway, he had a serious role which called for his character to deliver the following line: “It is spring and all the little birds are twittering in the tree tops.” Being nervous about this early role, Atwell instead uttered: “Tis ting and the twits are birdering in the tree flops.” Mortified and expecting to be fired, he was surprised to witness that the misdelivered line drew a laugh from the audience. Instead of being dismissed, he was congratulated at the end of the performance and asked to repeat it for the next night. As a result, he soon began enjoying success as a comic actor, dubbing himself a “muddler” or character who would muddle his thoughts and words.

Though his jumbled up words were organic, many of his future characters would mix up their words and sounds, as in Snow White. Doc, the leader of the dwarfs, mixes up his words throughout the film. However, Snow White would occur a bit later in his career. Atwell was already receiving film credits by 1922 and would work with many other individuals in the industry before and after Snow White. 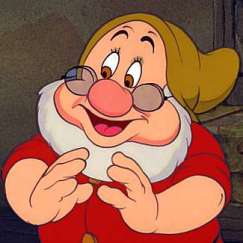 Moreover, Atwell was also a songwriter and joined the American Society of Composers, Authors, and Publishers (ASCAP) in 1957. He wrote many songs, including “Some Little Bug is Going to Find You.”

Atwell was married three times and had a daughter, June Carol Atwell, with his third wife, Ethel Smith. He and Ethel married in Indiana in 1919. According to his World War II draft card, he considered himself retired by 1942–despite doing occasional appearances–and was living in Herkimer, New York.

By 1930, Atwell relocated again to 139 River Lane in Westport, Connecticut, and worked as a playwright. Soon after, he lived in Studio City before obtaining a divorce. After his divorce, he resided at the historic Algonquin Hotel in New York. Here is a shot of the Connecticut property today: 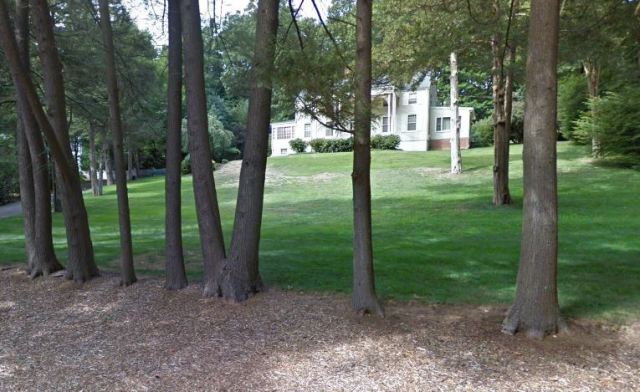 Atwell passed away at age 83 and was buried at Evergreen Cemetery in Cazenovia, New York. 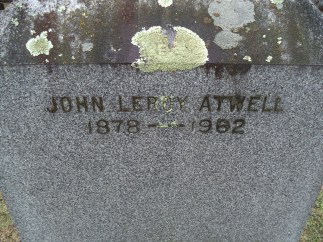