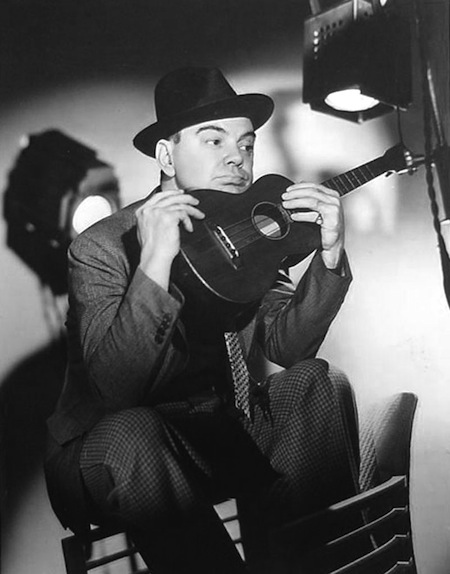 “Well… guess he won’t need me anymore. What does an actor want with a conscience, anyway?” –Cliff Edwards as Jiminy Cricket, Pinocchio (1940)

Cliff “Ukulele Ike” Edwards was one of the most distinct voices in early film. As a musician, Edwards showcased his easygoing vocal style along with his talent for playing the ukulele to the delight of many audiences. His performances would soon transition to the screen, leading Edwards to be a part of several iconic films. In fact, his voice may very well be his strongest legacy to this day.

Clifton Avon Edwards was born to farmers Frank R. Edwards and Clara C. Edwards on June 14, 1895, in Hannibal, Missouri. According to the 1910 census, the couple had four children. Clifton was the oldest, followed by Annie, Herbert, and Gladys.

Edwards left school at the age of 14 and followed his family during moves to other Missouri cities, including St. Louis and St. Charles. There, he worked as a singer and performed in various saloons. Due to the fact that many of the saloons were run-down and had pianos that were also in a similar state, Edwards purchased the cheapest instrument he could find–a ukulele–in a nearby music shop and taught himself to play. As a result, he could accompany himself while he performed.

Over time, he secured the nickname “Ukulele Ike,” originating from a saloon owner who could not remember Edwards’s name.

By the 1910s, Edwards had relocated to Chicago. He married his first wife, Gertrude Benson, in 1917 in Chicago and resided at 1000 Dakin St. In the following year, he secured his first big break when he performed a song called “Ja-Da” at the Arsonia Cafe in Chicago. The tune was written by the cafe’s pianist, Bob Carleton. The duo toured as a vaudeville act with the song, which became a hit, and Edwards was featured at the Palace Theatre in New York City. Later, he would go one to perform as part of the Ziegfeld Follies. 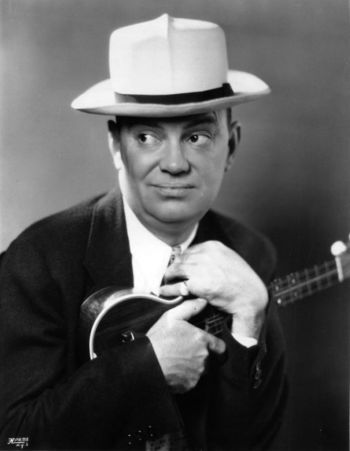 Edwards went on to record many songs, including early examples of scat singing. He signed a contract with Pathé Records in 1923 and became a popular singer, in addition to frequently appearing on Broadway. He performed in George and Ira Gershwin’s first Broadway musical, Lady Be Good, in 1924, alongside Fred and Adele Astaire. He would later go on to introduce the song “Singin’ in the Rain,” in addition to creating some of his own compositions.

Thanks to Edwards, the ukulele grew in popularity. Tin Pan Alley publishers added ukulele chords to standard sheet music, as millions of ukuleles were sold throughout the decade. Edwards himself favored the soprano ukulele, even releasing his own brand of instructional books on how to play the instrument.

By 1929, Edwards was performing at the Orpheum Theater in Los Angeles, California, where he was noticed by producer Irving Thalberg. As a result, Metro-Goldwyn-Mayer (MGM) hired Edwards to appear in their early sound shorts and films. He was one of the stars in Hollywood Revue of 1929 (1929), which included him bringing the song “Singin’ in the Rain” to the screen for the first time.

In addition to hosting a national radio show on CBS, he enjoyed a career in films. In total, he appeared in 33 films for MGM through 1933. During that period, he became friends with Buster Keaton, who featured Edwards in three of his films. Between takes, the two would sing and harmonize together. One of their musical sessions was captured and used in the film Doughboys (1930).

Eventually, the public’s interest shifted to crooners and Edwards’s popularity as a musician faded. Edwards went on to appear as an occasional supporting player in films and shorts for Warner Brothers and RKO. He carried out the role of Endicott in His Girl Friday (1940) and can also be heard voicing the off-screen wounded soldier in Gone With the Wind (1939).

In 1940, Edwards voiced his most famous role as Jiminy Cricket in Walt Disney’s Pinocchio. His rendition of “When You Wish Upon a Star” is his best known recording and remains a theme for the Disney company to this day. He would work for Disney again as the head crow in Dumbo (1941), singing “When I See an Elephant Fly.” Edwards also appeared on television, starring in The Cliff Edwards Show, making appearances on The Mickey Mouse Club, and lending his voice–usually to portray Jiminy Cricket–for a variety of Disney shorts. 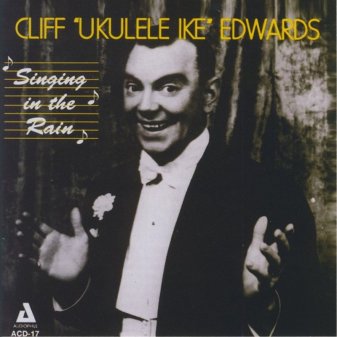 Sadly, Edwards mismanaged his finances and failed to sustain his expensive lifestyle. A majority of his income went to alimony for his three former wives and numerous debts. Edwards declared bankruptcy four times during the 1930s and 1940s. He had no children.

To complicate the matter, Edwards struggled with alcoholism, drug addiction, and smoked heavily. Near the end of his life, he was living in a home for indigent actors and spent his time at Walt Disney Studios to be present should any voice work become available. There, he found friends in animators who remembered him and took him to lunch, during which he often spoke about his vaudeville career.

Penniless, Edwards was a charity patient at the Virgil Convalescent Hospital in Hollywood, where he died from cardiac arrest on July 17, 1971. He was 76 years old. His body went unclaimed and was donated the University of California–Los Angeles medical school.

Walt Disney Productions, quietly paying off his medical expenses, learned of this and offered to purchase his remains and pay for the burial. In the end, the Actors’ Fund of America–which also assisted Edwards–and the Motion Picture and Television Relief Fund took care of securing his remains and covering the burial. Walt Disney Productions paid for his marker. He is at rest in Valhalla Memorial Park Cemetery.

Today, there are a handful of residences associated with Edwards that remain. According to footage from Hannibal, Missouri, Edwards is not memorialized or remembered well in his hometown.

However, the home Edwards shared with his first wife remains at 1000 Dakin St. in Chicago, Illinois. 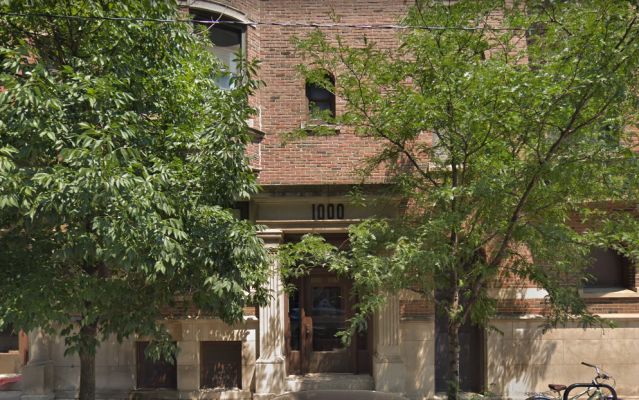 Edwards’s home in the 1930s was at 8221 Sunset Boulevard in West Hollywood. Here is what the property looks like today: 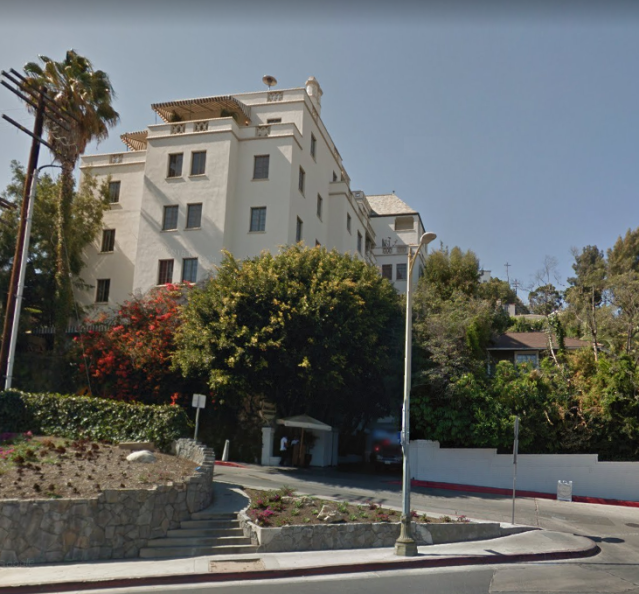 In 2000, Edwards was memorialized as a Disney Legend for his vocal work. The plaques are placed on display in Legends Plaza at the Walt Disney Studios in Burbank, California, across from the Michael D. Eisner Building.

In 2002, Edwards’s 1940 recording of “When You Wish Upon a Star” was inducted into the Grammy Hall of Fame.

Today, while many may not remember Edwards by name, film fans of all ages may recognize his voice. In a sense, he achieved a fine form of immortality by providing the vocal talent behind Disney’s characterization of Jiminy Cricket, who still entertains viewers to this day.