Of the many cemeteries situated throughout the Los Angeles area, the Forest Lawn name is one of the most prestigious. Forest Lawn Memorial Park–Hollywood Hills is one of six Forest Lawn cemeteries located in Southern California, situated on the lower north slope of the Santa Monica Mountains, overlooking North Hollywood, Universal City, Burbank, and the San Fernando Valley.

In addition to highlighting founder Dr. Hubert Eaton’s philosophy of the cemetery being a memorial park and celebration of life or life renewed, rather than symbolizing an end, the sprawling park offers inspiring views and exhibits a theme of dedication to American history. As with the other Forest Lawn Memorial Parks, the artistry here is striking. The Court of Liberty features statues of George Washington and Thomas Jefferson, in addition to a large Birth of Liberty mosaic comprised of 10 million pieces of Venetian glass. The Old North Church is a precise replica of Boston’s historic church from Henry Wadsworth Longfellow’s “Paul Revere’s Ride” poem, complete with documents and artifacts from colonial times. The Hall of Liberty American History Museum possesses a copy of the Liberty Bell, among other artifacts. Various presidents are also honored here, with the Monument to Washington–a marble and bronze tribute–and the Lincoln Terrace–containing a 16-foot bronze statue and series of mosaics. The park also has a dedicated Plaza of Mesoamerican Heritage, featuring various indigenous sculptures. 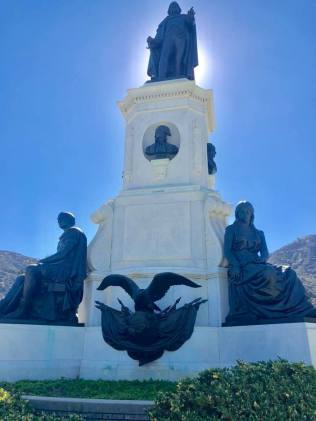 Bette Davis
(April 5, 1908 – October 6, 1989)
Born Ruth Elizabeth “Bette” Davis. An American actress of film, television, and theater. With a career spanning 60 years, she is regarded as one of the greatest actresses in Hollywood history. She was noted for playing unsympathetic, sardonic characters, and was famous for her performances in a range of film genres, from contemporary crime melodramas to historical and period films, suspense horror, and occasional comedies, although her greatest successes were her roles in romantic dramas. 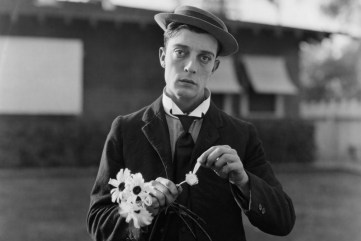 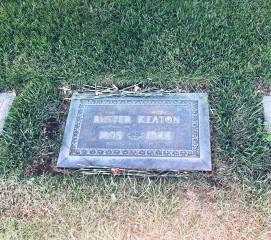 Buster Keaton
(October 4, 1895 – February 1, 1966)
Born Joseph Frank Keaton, known professionally as Buster Keaton. An American actor, comedian, film director, producer, screenwriter, and stunt performer. He is best known for his silent films, in which his trademark was physical comedy with a consistently stoic, deadpan expression that earned him the nickname “The Great Stone Face”. Critic Roger Ebert wrote of Keaton’s “extraordinary period from 1920 to 1929” when he “worked without interruption” on a series of films that make him “the greatest actor-director in the history of the movies”. His career declined afterward with a loss of artistic independence when he signed with Metro-Goldwyn-Mayer, his wife divorced him, and he descended into alcoholism. He recovered in the 1940s, remarried, and revived his career as an honored comic performer for the rest of his life, earning an Honorary Academy Award in 1959. 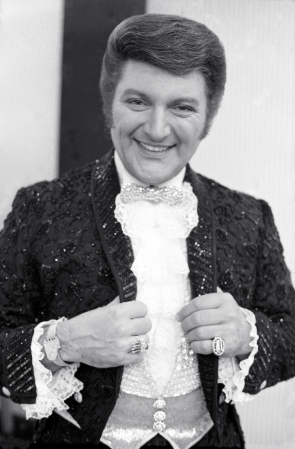 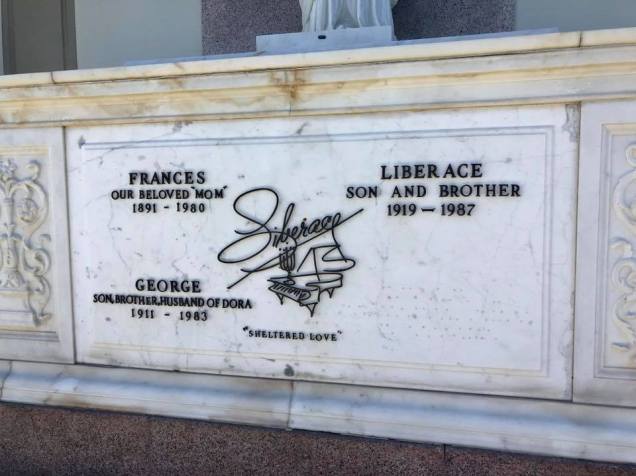 Liberace
(May 16, 1919 – February 4, 1987)
Born Władziu Valentino Liberace. An American pianist, singer and actor. A child prodigy born in Wisconsin to parents of Italian and Polish origin, Liberace enjoyed a career spanning four decades of concerts, recordings, television, motion pictures, and endorsements. At the height of his fame, from the 1950s to the 1970s, Liberace was the highest-paid entertainer in the world, with established concert residencies in Las Vegas, and an international touring schedule. Liberace embraced a lifestyle of flamboyant excess both on and off stage, acquiring the nickname “Mr. Showmanship”. 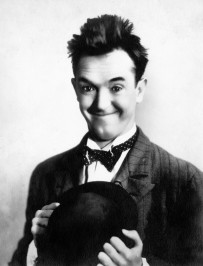 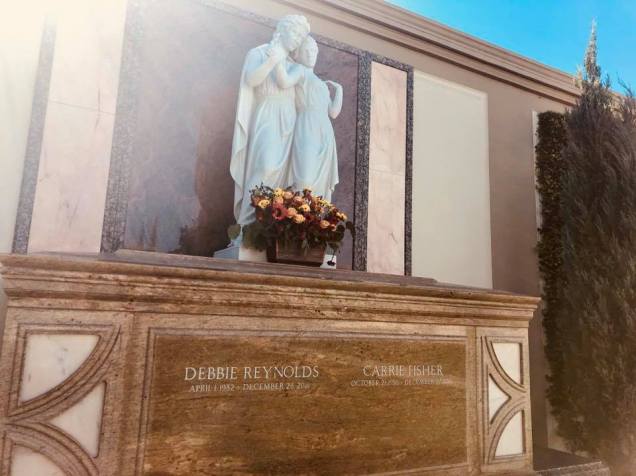 Debbie Reynolds
(April 1, 1932 – December 28, 2016)
Born Mary Frances “Debbie” Reynolds.  An American actress, singer and businesswoman. Her career spanned almost 70 years. She was nominated for the Golden Globe Award for Most Promising Newcomer for her portrayal of Helen Kane in the 1950 film Three Little Words, and her breakout role was her first leading role, as Kathy Selden in Singin’ in the Rain (1952). Other successes include The Affairs of Dobie Gillis (1953), Susan Slept Here (1954), Bundle of Joy (1956 Golden Globe nomination), The Catered Affair (1956 National Board of Review Best Supporting Actress Winner), and Tammy and the Bachelor (1957), in which her performance of the song “Tammy” reached number one on the Billboard music charts. In 1959, she released her first pop music album, titled Debbie.

Carrie Fisher
(October 21, 1956 – December 27, 2016)
Born Carrie Frances Fisher. An American actress, writer, and comedian. Fisher is best known for playing Princess Leia in the Star Wars films, a role for which she was nominated for four Saturn Awards. Her other film credits include Shampoo (1975), The Blues Brothers (1980), Hannah and Her Sisters (1986), The ‘Burbs (1989), When Harry Met Sally… (1989), Soapdish (1991), and The Women (2008). She was nominated twice for the Primetime Emmy Award for Outstanding Guest Actress in a Comedy Series for her performances on the television series 30 Rock and Catastrophe. She was posthumously made a Disney Legend in 2017, and in 2018 she was awarded a posthumous Grammy Award for Best Spoken Word Album.

If visiting Los Angeles and looking to enjoy a quieter area more removed from the city, a stroll through this lovely memorial park to admire the beautiful art and pay respects to these entertainers is ideal.