“People think the actors are having such a time. They never think of you as working. So many young girls think movies are so glamorous, and when they find out you have to get up at 5:30 every morning, and that when you go out it’s for publicity, more or less, they have a little different attitude about it.” –Glenda Farrell

Glenda Farrell was born on June 30, 1901, in Enid, Oklahoma, to Charles and Wilhelmina “Minnie” Farrell. Her father was of Irish and Cherokee descent and worked as a trader of dogs and horses. Her mother was of French and German descent and aspired to be an actress. Wilhelmina instilled a love of acting in her daughter, dreaming that her daughter would one day become an actress.

When the family moved to Wichita, Kansas, Farrell took on her first acting role as Little Eva in the play Uncle Tom’s Cabin at age seven. Later, she enrolled at Mount Carmel Catholic Academy in Wichita.

After living in Wichita, the Farrells moved once again to San Diego, California. There, Farrell worked as part of the Virginia Brissac Stock Company. Her picture appeared in the April 1919 issue of Motion Picture Magazine, also featuring a brief description of her work in choruses, vaudeville, and camp entertainment. Like many of her peers, she eliminated a few years from her age, claiming that she was born in 1904. 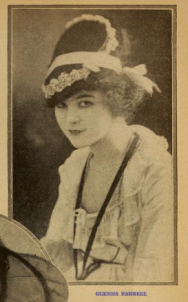 Farrell met her first husband, Thomas Richards, when she was hired as a dancer for the San Diego Navy benefit ball. They were married in 1921 and had a son named Tommy. The couple divorced in 1921.

By 1928, Farrell was cast in her first lead role in the play The Spider. She made her film debut as part of the film Lucky Boy (1929), carrying out an uncredited bit role. She moved to New York City the following year, replacing Erin O’Brien-Moore in the role of Marion Handy in the play Skidding. The play would later act as the basis for the Andy Hardy film series. After portraying Handy 355 times, Farrell went on to appear in several other plays, including Divided Honors and Recapture. She also performed in Love, Honor, and Betray, with the likes of George Brent, Alice Brady, and Clark Gable.

In the 1930s, Farrell performed in the film The Lucky Break (1930) and as the female lead in Mervyn LeRoy’s Little Caesar (1930). While Farrell once again returned to the stage, she felt that films offered larger salaries in comparison; however, she saw theater as an important foundation for any actor. Her starring role in the 1932 play Life Begins came to Jack Warner’s attention. He signed her to a long-term contract with Warner Bros. to perform the same role in the film adaptation of the play. Farrell would not return to live theater until 1939. 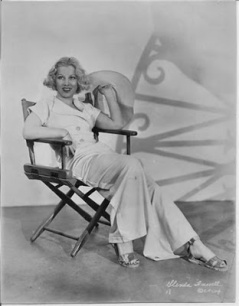 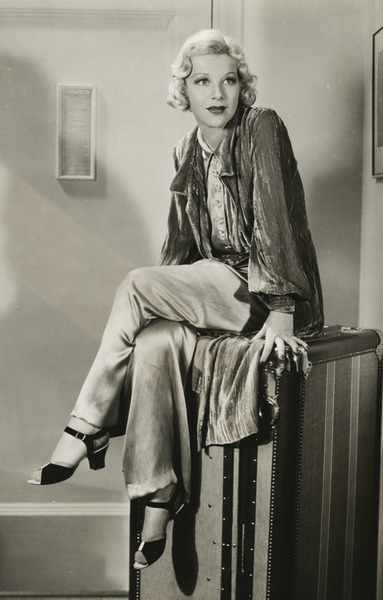 Farrell starred in a total of 17 films during the first two years of her contract with Warner Bros., most notably appearing in Columbia’s Lady for a Day (1933) by director Frank Capra. It was typical for her to be working on four films at once and she transitioned seamlessly from role to role. Between 1934 and 1936, Farrell appeared in over 20 films, with roles in Go into Your Dance (1935), Gold Diggers of 1935 (1935), and Gold Diggers of 1937 (1936). Along the way, she became good friends with co-stars Dick Powell and Joan Blondell and was paired with Blondell as one-half of a comedy duo in a series of five films: Havana Windows (1933), Kansas City Princess (1934), Traveling Saleslady (1935), We’re in the Money (1935), and Miss Pacific Fleet (1935). They would work together in four more films, firmly establishing personas as smart, witty, wisecracking women of the early screen. 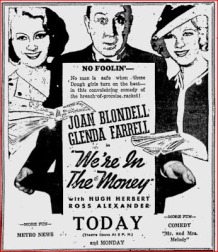 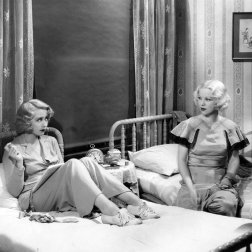 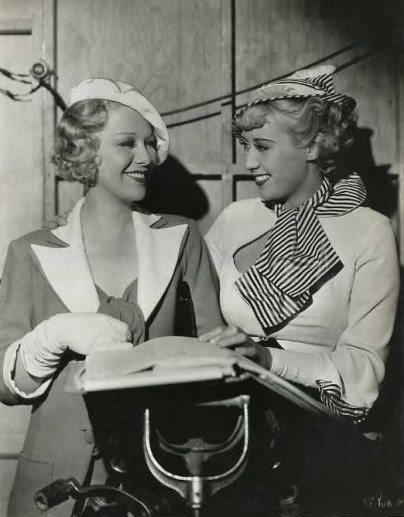 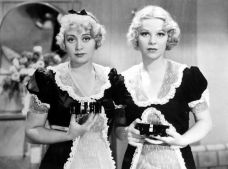 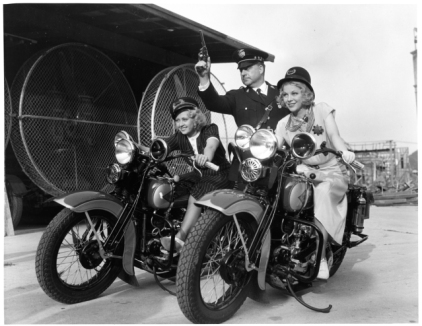 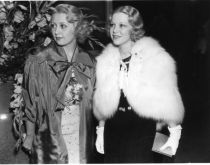 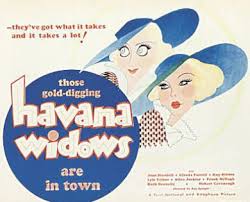 By 1937, Farrell was cast in her most notable role as reporter Torchy Blane. Warner Bros. adapted a set of “MacBride and Kennedy” detective stories by novelist Frederick Nebel and changed the Kennedy character into a woman named Teresa “Torchy” Blane, who is in love with the MacBride character (now renamed McBride). Director Frank MacDonald cast Farrell in the role alongside Barton MacLane as Steve McBride.

Farrell portrayed Torchy in seven of the nine Torchy Blane films, including Smart Blonde (1937), Fly Away Baby (1937), The Adventurous Blonde (1937), Blondes at Work (1938), Torchy Gets Her Man (1938), Torchy Blane in Chinatown (1939), and Torchy Runs for Mayor (1939). In fact, Superman co-creator Jerry Siegel held that Farrell’s depiction of Torchy helped serve as the inspiration for Lois Lane. While working in the Torchy Blane series, Farrell appeared in many other films, including Breakfast for Two (1937), Hollywood Hotel (1937), and Prison Break (1938). She also performed in several radio programs. 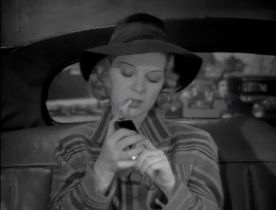 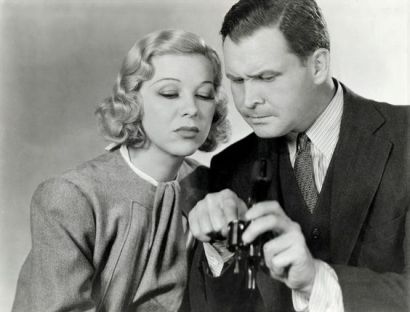 At the same time, Farrell also participated in a 1937 Warner Brothers publicity stunt, which found her elected to a one-year term as the honorary mayor of North Hollywood. She beat her competition, which included Bing Crosby and Lewis Stone, and took the position quite seriously. Farrell was spotted attending functions, presentations, and ceremonies throughout the North Hollywood area. She also held a leadership role when the North Hollywood Chamber of Commerce announced it wished to put sewers along Ventura Highway and began the groundwork for the project.

Longing for more experience on the stage and the immediate connection provided by performing in front of a live audience, Farrell left the studio in 1939. She had been under contract with Warner Bros. for eight years and was eager to return to the theater upon the expiration of her contract.

Farrell performed in several plays until 1941, when she decided to return to motion pictures. In the same year, she married Dr. Henry Ross, who was a staff surgeon at New York Polyclinic Hospital and served as chief of the public health section on General Eisenhower’s staff. The couple met when Farrell sprained her ankle while performing in a play and was treated backstage by Ross, who had been summoned from the audience. The couple remained married until Farrell’s passing.

From the 1940s to the 1960s, Farrell continued to work in numerous films. Two of her later films, Kissin’ Cousins (1964) and The Disorderly Orderly (1964), also featured her son, Tommy Farrell. She made her television debut in 1949 as part of the Chevrolet Tele-Theatre and appeared in over 40 additional television programs, including Bonanza and Bewitched.

Though Farrell retired in 1968, she once again returned to acting. Farrell’s final role was in the Broadway play Forty Carats, in which she starred until her health issues caused her to leave the production.

Farrell was diagnosed with lung cancer and passed away at age 66 on May 1, 1971. She was buried at United State Military Academy Post Cemetery in West Point, New York.

Today, a few places in existence are relevant to Farrell’s early years and legacy.

Mt. Carmel Academy, the school at which Farrell received her formal education, exists in Wichita but has changed locations. Presently, the original school buildings have been replaced by an apartment complex called Mt. Carmel Village. Mt. Carmel Village is located at 3000 W. Douglas Ave., Wichita, Kansas.

This is the property today:

Farrell and her family moved on many occasions, but the address of her San Diego home is documented. Here is a picture of the property today at 2320 Broadway in San Diego, California:

When Farrell passed away, her husband, Dr. Ross, donated 38 acres of land to the Putnam County Land Trust in her memory. In doing so, he established the Glenda Farrell-Henry Ross Preserve in southeast New York. The preserve remains to this day and is located at 63 Cobb Rd., Brewster, New York. 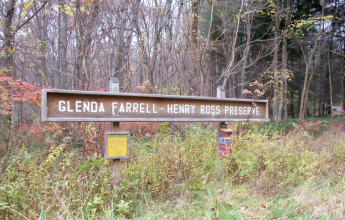 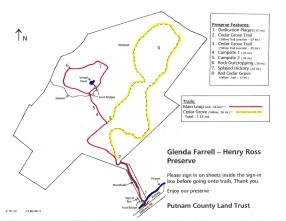 Farrell is honored with a star on the Hollywood Walk of Fame for her work in motion pictures at 6524 Hollywood Blvd., Los Angeles, California.