“It [prejudice] is such a waste. It makes you logy and half-alive. It gives you nothing. It takes away.” –Dorothy Dandridge

Dorothy Dandridge is well remembered as one of the earliest black film stars. An accomplished actress, singer, and dancer, she also went on to be the first black woman to receive an Academy Award nomination for Best Actress. Though her life would end tragically, her career highlights many professional accomplishments.

Born Dorothy Jean Dandridge on November 9, 1922, in Cleveland, Ohio, to Ruby and Cyril Dandridge, she would soon find herself working in the entertainment industry at a young age. Her mother, Ruby, worked as an entertainer, while her father was a cabinetmaker and Baptist minister. Her parents would separate before her birth.

Ruby had two daughters—Vivian and Dorothy—and was eager to establish them as musical performers, known as “The Wonder Children” and, later, “The Dandridge Sisters.” In addition to Dorothy performing at the Shiloh Baptist Church at the age of four, the family traveled throughout the South. The sisters received a very limited education on the road. 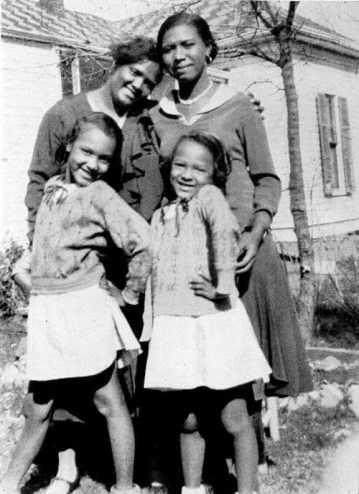 Once the Great Depression negatively impacted their opportunities to tour, Ruby and the children moved to Hollywood, California. There, Dandridge was enrolled at McKinley Junior High School and, later, Hollywood High School, while her mother worked on radio and in film in minor roles. As the Dandridge Sisters grew, their careers as live performers continued to advance. They performed in a wide variety of nightclubs, including the Cotton Club and the Apollo Theater. Soon enough, Dorothy would transition into film appearances, securing her film debut in the Our Gang short, Teacher’s Beau (1935). The sister act appeared on film on several occasions, albeit briefly, in films like The Big Broadcast of 1936 (1936) and A Day at the Races (1937). Dandridge would not be credited in a role until her appearance in Four Shall Die (1940). 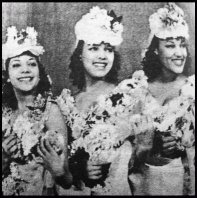 While performing at the Cotton Club in 1940, Dandridge crossed paths with Harold Nicholas of the Nicholas Brothers. They married and later had a daughter named Harolyn. The couple would divorce in 1951. In Hollywood, Dandridge’s mother typically carried out bit parts as domestics, speaking to the limited options that people of color had for film roles at the time. Dandridge tried to avoid stereotypical roles as often as she could, which did limit the number of screen appearances she had. Nonetheless, because of this, she would shine in films like Sun Valley Serenade (1941) and in soundie films, showcasing her top-notch musical abilities. 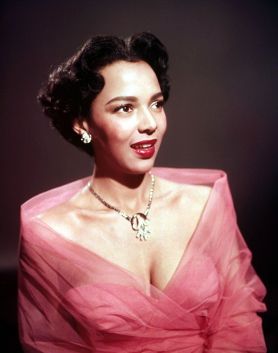 Though her film appearances would continue, she continued to truly connect with audiences while performing live as part of the nightclub scene. Her nightclub acts propelled her to international fame and eventually made her more competitive as a player in the film industry. She would tour the Los Angeles area with her nightclub act, performing with the likes of the Desi Arnaz Band at the Hollywood Mocambo. By 1953, she would star in Bright Road (1953) as a nightclub singer.

In addition to working in nightclubs and in film, Dandridge would also appear on various television variety shows as a guest and performer. One of the great moments of Dandridge’s career was her being cast in Carmen Jones (1943). Her performance in the leading role secured her status as one of Hollywood’s first African-American sex symbols, in addition to earning her a great deal of critical praise. Dandridge received her Academy Award nomination for this film. Though she did not come home with the award, her performance was an international success.

During the course of Carmen Jones (1954), Dandridge and director Otto Preminger began a four-year affair. Though she became pregnant during their relationship, the studio forced her to have an abortion. The affair ended when it became apparent that Preminger would not marry her. 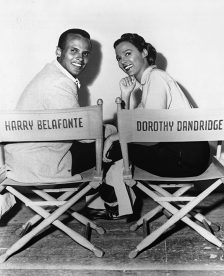 While working for 20th Century Fox, studio head Darryl Zanuck planned to showcase her as a leading lady and began purchasing the rights to a variety of films with her in mind. She continued to perform in the nightclub circuit and was encouraged to take on leading roles, turning down supporting roles along the way. She later appeared in Island in the Sun (1957), Tamango (1958), The Decks Ran Red (1958), and Porgy and Bess (1958). She would also appear as Anita in a Highland Park, IL, production of West Side Story but would cease appearing in the show after two performances due to illness.

In 1959, Dandridge married again to Jack Denison, a nightclub owner. The marriage soon turned sour and turbulent with many instances of domestic violence. The couple divorced in 1962.

Throughout her career, Dandridge fought racism in the film industry and worked as an activist. She was heavily involved with the National Urban League as well as the National Association for the Advancement of Colored People.

Over time, Dandridge’s popularity decreased and she turned to nightclubs once again to pay her mounting financial debts. She developed a Las Vegas lounge act to reignite her acting career. Tragically, a revival in her lifetime would not occur.

On September 8, 1965, Dandridge died of an overdose and complications fro a fractured foot. She was 42 years old. 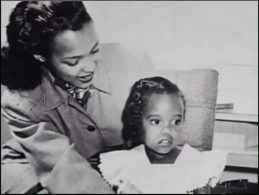 Today, very few physical tributes and locations of relevance to Dandridge remain; however, her story has inspired depictions in films and television shows. Halle Berry carried out her portrayal of Dandridge in Introducing Dorothy Dandridge (1999). In 2020, Laura Harrier portrayed a character by the name of Camille Washington for the Hollywood miniseries. The character and parts of her story were inspired by Dandridge’s life.

The Shiloh Baptist Church, where Dandridge performed during her childhood, remains at 5500 Scoville Ave in Cleveland, Ohio.

Hollywood High School, located at 1521 N. Highland Ave. in Los Angeles, California, features a mural that depicts several classic Hollywood stars—several of whom attended the school. Dandridge is prominently portrayed as part of the mural.

By 1939, Dandridge and her family were living at 5516 Fortuna St. in Los Angeles, along with a live-in piano teacher by the name of Martha Williams. The original home still stands today. 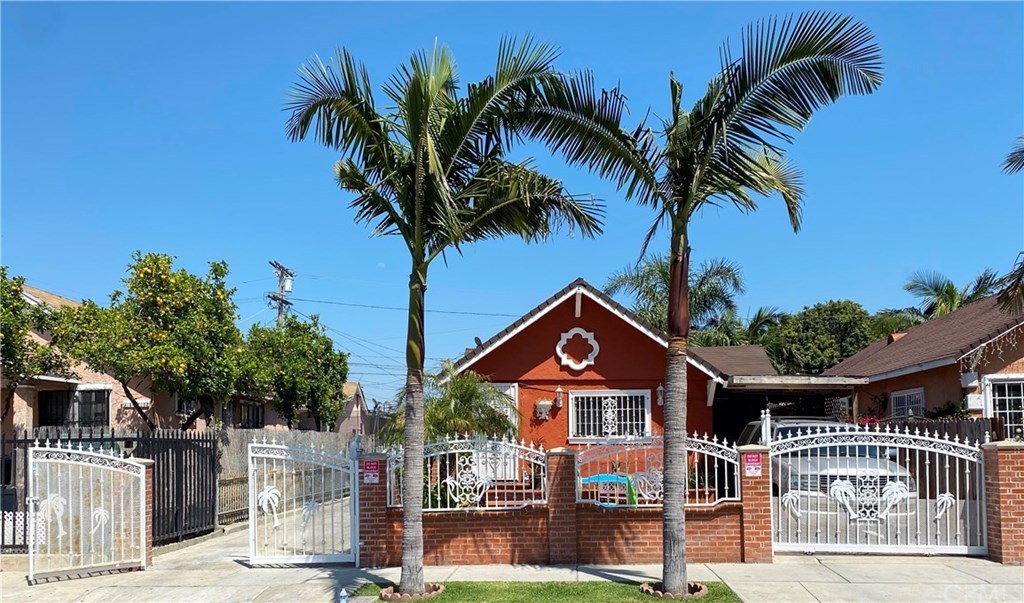 Dandridge would also reside at 1588 Viewsite Dr. in Los Angeles, which also remains.

When she passed away, she was living at the El Palacio Apartments, located at 8495 Fountain Ave. Unit #2D in West Hollywood. 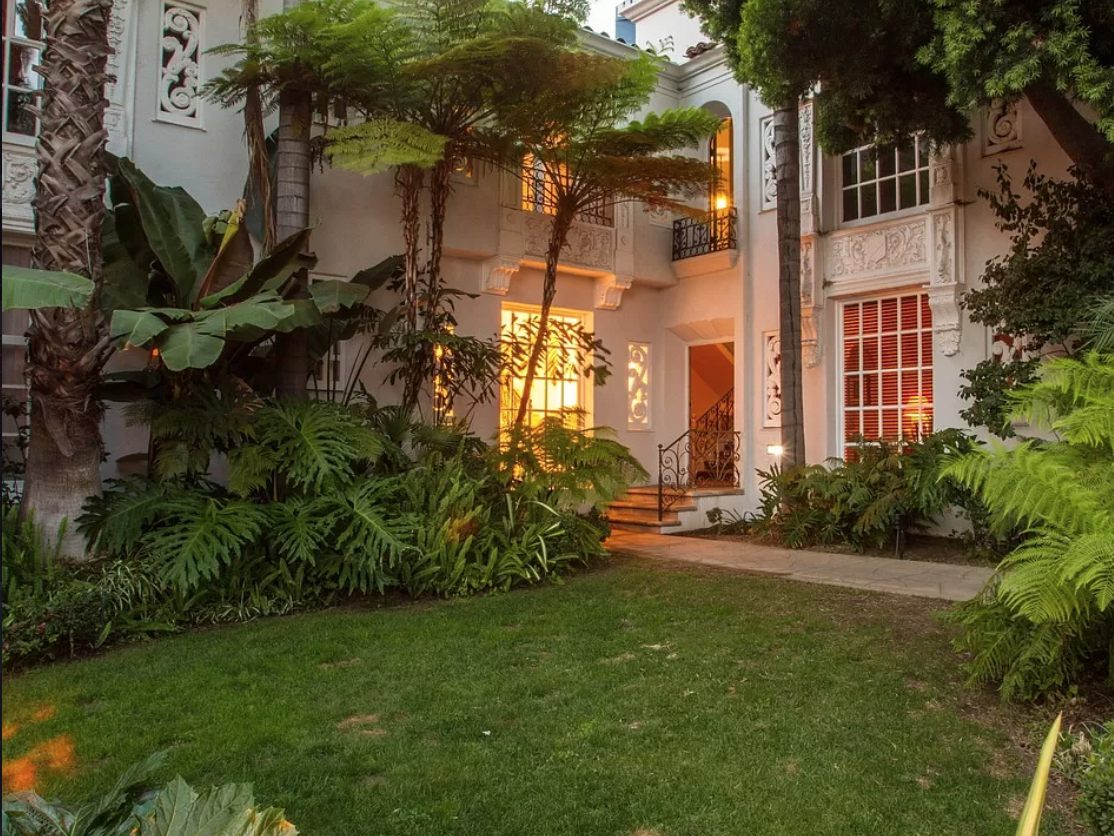 Additionally, Dandridge received a star on the Hollywood Walk of Fame. 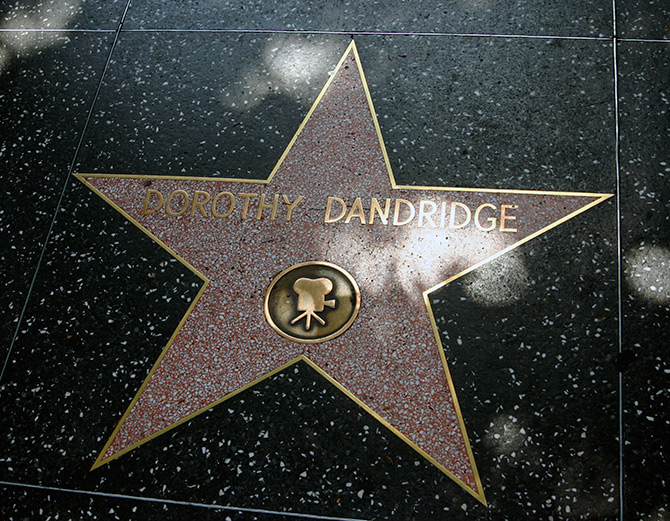 Overall, Dandridge is best remembered for her talents and achievements as a professional. Her life continues to inspire many characters as well as various performers to this day.