“I’m not the comedian I once was. A comedian has to be slightly insulting–comedy has to be 70 percent insults–and I’m always afraid today when I say something funny it may hurt someone. If another comic makes a crack about my mouth, I just can’t insult him back.” –Joe E. Brown

In his heyday, Joe E. Brown was one of the brightest stars with the biggest of smiles. An accomplished actor and comedian in full control of his comic timing, Brown was also the cause of much joy and laughter to audiences all over the world.

Joseph Evans Brown was born to Matthias Joseph and Anna Maria Evans Brown in Holgate, Ohio, on July 28, 1891. He grew up in nearby Toledo, Ohio, and quipped that he was the sole youngster in all of show business who ran away from home to join the circus with his parents’ blessing. At the age of 10, he joined a tumbling act called the Five Marvellous Ashtons, which toured with circuses and in vaudeville circuits.

On the side, he pursued his love of baseball and played professionally. Nevertheless, he declined the opportunity to join the New York Yankees because he wanted a career in entertainment. After three seasons of baseball, he returned to performing with the circus and in vaudeville. He added comedy into his act as it grew in popularity and, by 1920, would debut on Broadway as part of a revue called Jim Jam Jems.

Though his rise to the stage as a comedian was quite seamless, his transition into films was not. He appeared in some films in the 1920s, but began to resonate with the movie-going public much later. He signed a contract with Warner Bros. in 1929 to carry out comedy roles in the film versions of Broadway shows, including Sally (1929) and Top Speed (1930), in addition to several Technicolor musical comedies. He would also appear in the first all-color, all-talking musical comedy, On with the Show (1929).

Many of his early films centered upon athletics. Brown excelled in these films and made them even more enjoyable with his physical comedy, massive grin, and a familiar crescendoing shot. In fact, he would also happen to portray several characters who were baseball players, including his roles in Fireman, Save My Child (1932), Elmer, the Great (1933), and Alibi Ike (1935). While he worked with other great comedians, he was also one of the few vaudevillians to perform in a Shakespeare film. Brown played the role of Francis Flute in A Midsummer Night’s Dream (1935) and received much praise. He also happened to contribute the only non-Shakespeare line in the film; after his character was thrown into a lake, Brown ad-libbed, “I won’t play anymore!” He was one of the top-earning stars of 1933, 1936, and 1937.

Behind the scenes, Brown was a devoted family man. He married Kathryn Francis McGraw in 1915, and had two sons with her. When his oldest son was born, Brown reportedly passed out in the delivery room. In 1939, he testified before the House Immigration Committee to support a bill that would allow 20,000 German-Jewish refugee children into the U.S. He would later go on to adopt two refugee girls himself: Mary Katherine Ann and Kathryn Francis. Brown and his wife would remain married until his passing.

In 1937, Brown left Warner Bros. to work with David L. Loew, which proved to be a disadvantage to his career. His films had poor production value and many of them were flops. As a result, he was working in B movies and, instead, decided to focus upon entertaining the troops. He paid out of his own pocket to travel Europe and the Pacific with frequency in order to perform for soldiers, often in hospitals. In some cases, he even exhibited his full routine to dying soldiers or to a single injured person so these individuals would not feel left out. He also took it upon himself to bring sacks of mail from the soldiers after each trip to have delivered to their families. 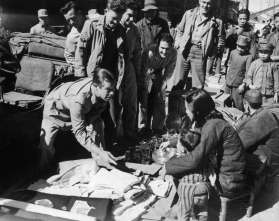 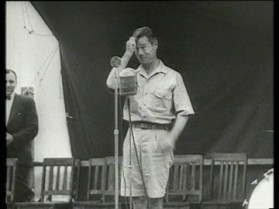 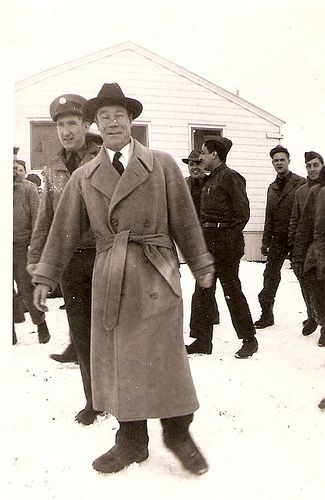 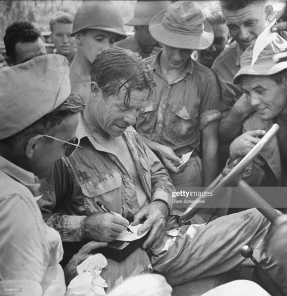 Brown also paid many visits to the Hollywood Canteen to entertain soldiers and signed autographs frequently. Thanks to his efforts, he was one of two civilians to receive the Bronze Star during World War II. He remained dedicated to the troops and appeared in a newsreel advocating for blood donations during the Korean War.

Just before this period, Brown and his wife renewed their wedding vows on December 24, 1940. His oldest son, Don, gave away the bride, second son, Joe, was best man. The two daughters were flower girls. Brown’s daughter-in-law, Virginia Newport Brown, was the maid of honor.

Brown was also immensely dedicated to his children through any challenges and accidents they overcame. One example occurred in 1944, when his daughter, Mary Katherine, was gravely injured in a car accident. Many other car accidents happened on the same evening and there were few doctors present to care for her. Brown ran around the hospital to find someone to help until he finally found a doctor who was heading out for the day. The doctor recognized Brown and agreed to help, treating Mary Katherine for seven hours and saving her life.

After World War II, Brown continued to appear in films such as Show Boat (1951) and Around the World in 80 Days (1956). His most notable post-war role was in Billy Wilder’s Some Like It Hot (1959), in which he delivered one of the most renowned punchlines in the film: “Well, nobody’s perfect.” He also spent time working on stage, winning a special Tony Award for portraying the lead in Harvey. Brown took to the stage again in 1961 for the New York City Center’s revival of Show Boat, regularly treating lingering audience members to stories and jokes after the show. Brown’s last film appearance would be in The Comedy of Terrors (1964). 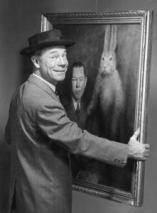 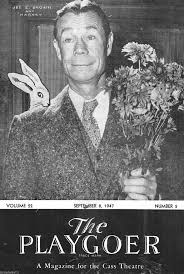 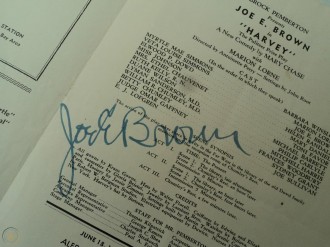 Throughout his life, Brown was a sports enthusiast. His son, Joe, also harbored the same interest and became the general manager of the Pittsburgh Pirates for over 20 years. Brown himself spent time with MLB outfielder Ty Cobb during Cobb’s last days, learning more about Cobb’s career. Brown also became the first president of the Protect Our Nation’s Youth (PONY) baseball and softball organization, remaining in the role until 1964. During his retirement, he spent much time traveling to advocate for the organization.

Brown passed away in his Brentwood, Los Angeles, home from several heart ailments, three weeks shy of his 82nd birthday, on July 6, 1973. He was interred at Forest Lawn Memorial Park in Glendale, California.

Today, there are several tributes to Brown throughout his home state of Ohio. In his hometown of Holgate, OH-18 was named Joe E. Brown Ave. 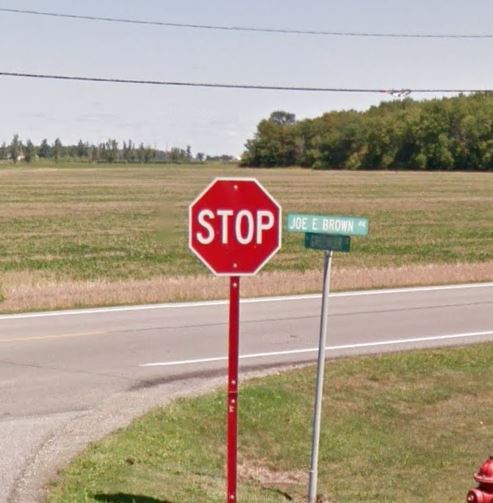 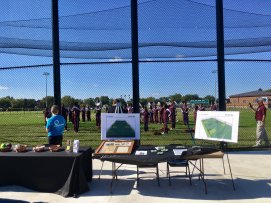 Bowling Green State University in Toledo dedicated the Joe E. Brown Theatre in 1961 but closed it in 2011 due to structural issues.

Flatrock Brewery serves up a wide range of ales including some brown ales named after the Ohio-born actor. It is located at 621 N. Perry St., Napoleon, Ohio. 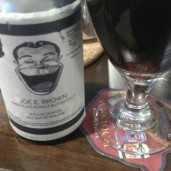 Chef and cookbook author Rose Naftalin owned several restaurants, including one in Toledo, which Brown would frequent. In his honor, she named a cookie after him. The Joe E. Brown cookie featured a light, cigar-shaped shell made of butter, brown sugar, pecans, and flour, rolled at such a length that Brown could put the cookie sideways into his mouth. The recipe is available in Grandma Rose’s Book of Sinfully Delicious Cakes, Cookies, Pies, Cheese Cakes, Cake Rolls, and Pastries, published in 1975.

Brown has a star on the Hollywood Walk of Fame, honoring his work in motion pictures, at 1680 Vine St., Los Angeles, California.

Though many will remember Brown through the films he made, it is exciting to see him remembered in different ways in his home state.