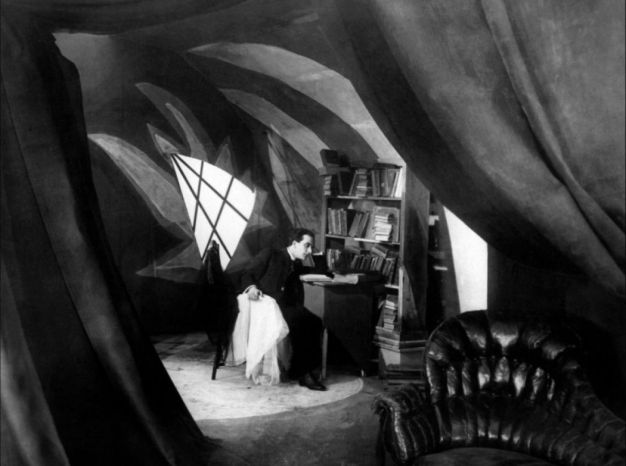 With Halloween just two days away, I have been enjoying getting into the “spirit” of the season this month and viewing some beloved spooky films. This month, I was able to introduce The Cabinet of Dr. Caligari (1920) and The Cat and the Canary (1927) in a 1920s movie house, in addition to doing a special presentation on Bob Hope and screening The Cat and the Canary (1939). Of course, I also viewed quite a few of my favorite Universal classics, with The Mummy (1932) residing at the top of my list.

This week, TCM Host Alicia Malone challenged fellow film fans to share some of their favorite foreign horror films. Always looking to broaden my consumption of classic cinema, I am eager to view films that are new to me. Moreover, it is fascinating to reflect upon some of the films I discovered on my end more recently and to learn about how they came to be as well as their countries of origin. 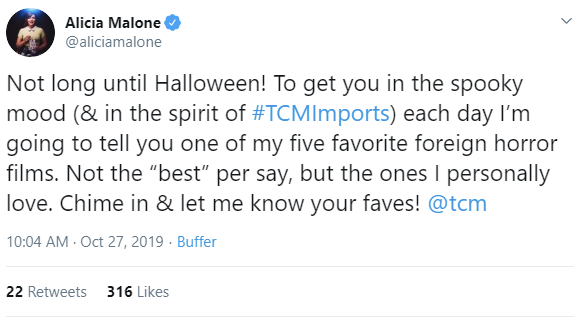 As a result, here is my list of my current 5 Favorite Foreign Classic Horror Films in order of release. 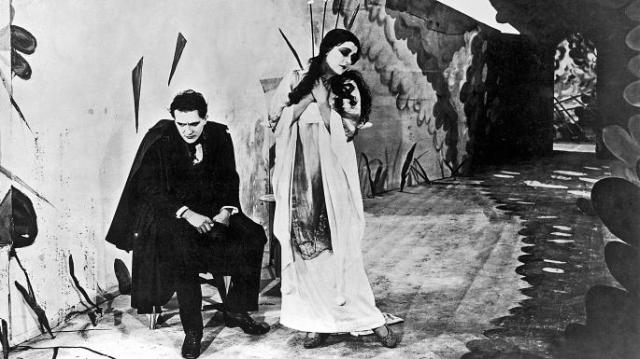 This silent film tells the story of a man named Dr. Caligari who uses a sleepwalker to commit murders. Directed by Robert Wiene and written by Carl Mayer and Hans Janowitz, the film stars Werner Krauss, Conrad Veidt, Friedrich Feher, and Lil Dagover.

The context behind the film just about as unsettling as the story itself. Writers Mayer and Janowitz were pacifists by the time they met after World War I, with each having a different experience of the war. Janowitz served as a military officer and quickly became disenchanted with the war, while Mayer feigned madness to avoid military service. Mayer was subject to intensive examinations from the military psychiatrist, who later inspired the Caligari character.

Janowitz further developed the story after a bizarre experience he had while attending a carnival. While at the carnival, Janowitz saw an odd man lurking in the shadows. Days later, he heard that a girl was found brutally murdered at the carnival. Out of sympathy, Janowitz attended her funeral and saw the same strange man in attendance. While he had no proof that this man was the murderer, it inspired him to craft the story. As a result of Janowitz and Mayer’s experiences, a general distrust of authority and eerie atmosphere comes to life.

Since this film was being shot in Germany just after World War I, the production was met with the challenges of a low budget. Nonetheless, the crew responded creatively. The sets were made of paper and, due to the strict rationing of electricity, shadows were painted onto the sets. The sets were also severely confined, leading camera crews to shoot from unusual camera angles.

The style of German expressionism and the practicalities of a low budget give this film its unique atmosphere. Moreover, though elements of the macabre existed in films, the horror genre did not really exist at this point. Interestingly, this film is arguably considered to be the first true horror film. 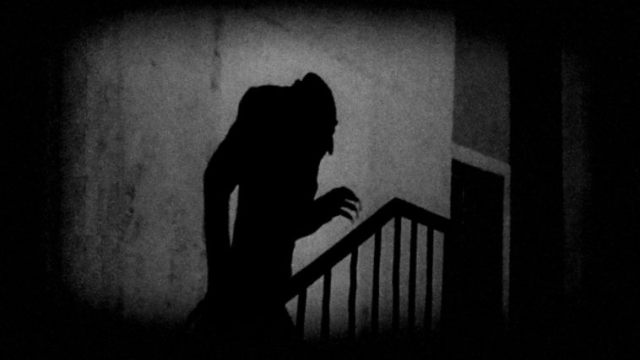 In this film the vampire, Count Orlok, becomes interest in both a new residence and the wife of his real estate agent. The film was directed by F.W. Murnau and written by Henrik Galeen, though based upon Bram Stoker’s Dracula. As an unauthorized adaptation, the names of characters and other details were changed from Stoker’s story. The film stars Max Schreck, Alexander Granach, and Gustav von Wangenheim.

Interestingly, the concept in popular culture that sunlight is lethal to vampires is based on this film, which depicted such a death for the very first time in film history. Murnau knew that he would be sued for borrowing heavily from Stoker’s novel, so he also changed the ending in order that he could say that this film and Dracula were not exactly the same. Though the character of Nosferatu is only seen on screen for a bit less than nine minutes total throughout the whole film, the film itself was still seen as highly frightful by audiences of the day. In fact, the film was banned in Sweden due to excessive horror. The ban was finally lifted in 1972.

In the end, Stoker’s heirs sued over the adaptation, and a court ruling ordered that all copies of the film be destroyed. However, a few prints of Nosferatu survived, and the film came to be regarded as an influential masterpiece of cinema. 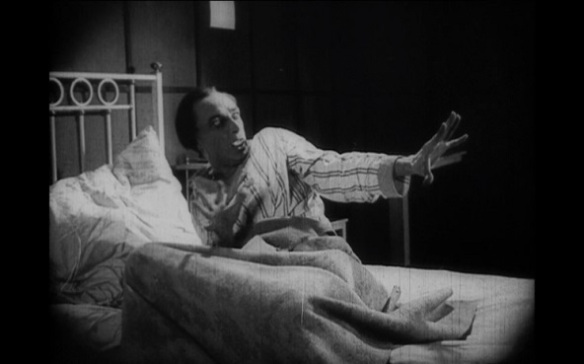 Like The Cabinet of Dr. Caligari, The Hands of Orlac was also directed by Robert Wiene and stars Conrad Veidt. Veidt is joined by Alexandra Sorina and Fritz Strassny in this story about a world-famous pianist who loses both hands in an accident. Once his new hands are grafted on, the murderous intentions of their previous owner become apparent.

The film faced much controversy due to censorship boards for a number of reasons with one of them being the Saxon police’s claim that some of the scenes–specifically the sequence displaying how one could craft rubber gloves that featured another person’s fingerprints–could both inspire potential criminals and impede current police investigations.

Though the film was released in the United States over three years after its original release in Austria and Germany, an entire reel was edited out of the U.S. import version of the film, prompting a mixed critical reception in the country. This film was incomplete for decades, due to footage that never made it into the American prints and footage that had been cut due to censorship in German prints. The film was restored to its original length in 1995 by F. W. Murnau Stiftung.

The film would go on to inspire several remakes of the story, including Mad Love (1935) with Peter Lorre in the lead role. Wiene’s version of the film was the first to feature the motif of hands with a will of their own, whether or not attached to a body,  in addition to commonly-held fears around the subject of surgical transplants, in the days before these procedures were possible. 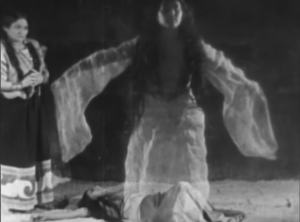 This film is a Mexican supernatural horror film directed by Ramón Peón and is based upon the legend of La Llorona. The legend tells the woeful tale of a woman abandoned by her husband and left to raise two sons, who she instead drowned. As punishment, she is sentenced to wander for eternity until she finds the bodies of her children. She carries misfortune to those who are near her or can hear her. The film stars Ramón Pereda, Virginia Zurí, and Carlos Orellana.

La Llorona was one of the 21 sound films created in Mexico in 1933 but it was first horror movie to be produced by the Mexican film industry. Previously, Universal had made fine foreign versions of their horror films as parallels, which were enjoyed by foreign audiences. Of course, Mexican audiences were able to view horror films long before La Llorona but they were all imported to the country up to the release of the film.

Not only does this film present an achievement for the Mexican film industry but it also showcases a story that is at the heart of Latin American folklore. 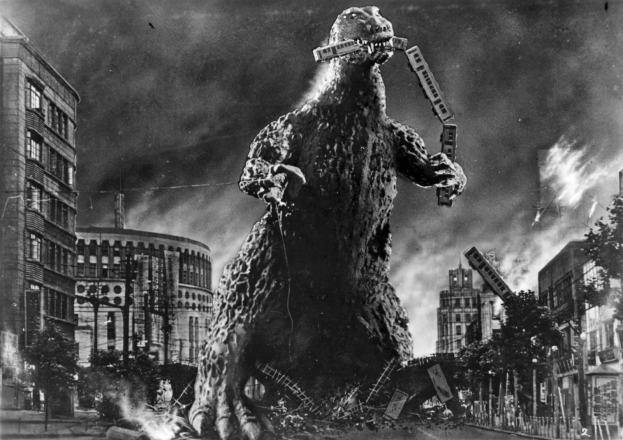 Godzilla is a well-known name among fans of this genre, thanks to past depictions of the monster and present additions to its saga. While many movies exist in the franchise, the initial film depicted the creation of the dinasaur-like monster as the result of American nuclear weapons being tested. The monster who terrorizes Japan is nothing short of unstoppable.

The film was directed by Ishirô Honda and starred Takashi Shimura, Akihiko Hirata, and Akira Takarada. Producer Tomoyuki Tanaka got the idea for the film while returning from Indonesia. At the time, he was looking down at the water and began imagining what was really below the surface.

Part of what makes this film so iconic are the scenes in which the monster makes his way through the cities and destroys just about everything in his path. One of the most famous legends regarding the production of this film relates a conversation between Honda and Producer Eiji Tsuburaya on the observation deck of what was then one of Tokyo’s skyscrapers, planning Godzilla’s path of destruction. Other visitors on the deck became concerned when portions of their conversation were overheard and the two were stopped by authorities and questioned.

The special effects implemented throughout the film are also to be lauded. In fact, during Godzilla’s rampage through downtown Tokyo, one of the buildings he destroys is the Toho Theater. Audiences in the actual theater became so immersed in the film that they  actually thought the theater was being attacked and tried to run out of the theater.