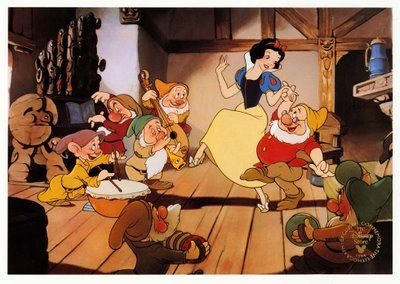 After exploring the talents behind five of the seven dwarfs, we have finally arrived to the remaining two–Bashful and Happy. Both of these dwarfs have endearing and optimistic personalities and personify their represented traits with aplomb. Happy is nothing short of jovial, while Bashful hilariously graduates through an array of blushing shades of red as his shy character reluctantly encounters situations that put him in the spotlight. 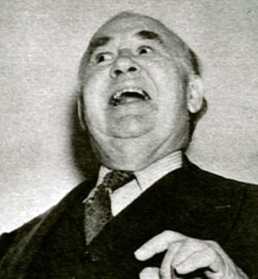 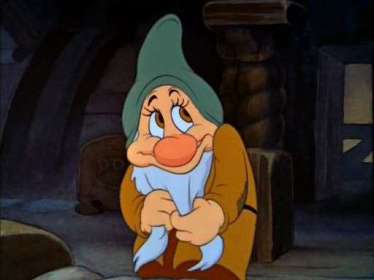 Winfield Scott “Scotty” Mattraw was born on October 19, 1880, in Evans Mills, New York. Unfortunately, little is known about his early years and later life. It appears that he remained in New York for some time until becoming an opera house manager or theater manager. He was living at 328 Winslow St. in Watertown, New York, and had married Edna Hunter in 1903.

He and Edna had four children, including Winfield Scott Jr., Ada, Rosalyn, and Marion. While Marion appears on the 1910 census, sadly her name is not listed in the 1920 census. Despite the loss, he appeared to be a devoted parent. In 1919, he traveled to New York City with his daughter, Ada, who required a surgery. That 1919 trip is documented as a milestone on her tombstone, detailing her long and vivid life as a musician.

By 1920, Mattraw continued to work in management but was also the proprietor of a delicatessen in New York. He and his family maintained the residence on Winslow until moving to California. Mattraw would appear in several uncredited silent film roles including The Theif of Bagdad (1924) and The Red Mill (1927). He would go on to work for a variety of film studios, including Universal, Warner Brothers, Fox, and many more–even appearing in the Stan Laurel and Oliver Hardy film, Babes in Toyland (1934), as the uncredited Town Crier. 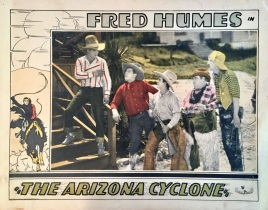 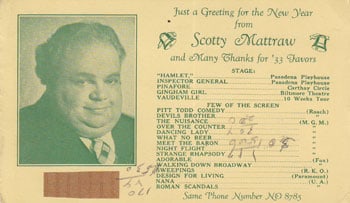 After taking on more uncredited roles for Fox, including George White’s 1935 Scandals (1935) and Wee Willie Winkie (1937), he executed the uncredited role of Bashful in Snow White and the Seven Dwarfs (1937). In the film, his character is kind-hearted and, moreover, incredibly shy–as evidenced by his flushed face and knack for twisting his beard into knots when embarrassed. 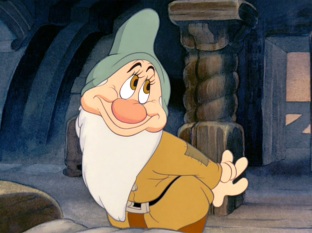 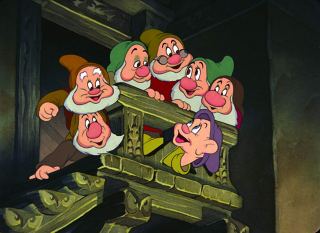 Mattraw went on to appear in films for Fox, such as In Old Chicago (1937) as the Beef King and The Grapes of Wrath (1940) as an uncredited migrant. By 1942, Mattraw listed himself as unemployed while living with his family at 1817 Rodney Dr. in Los Angeles, California.

He would transition to television in 1950 by providing voice work for Disney’s television special, One Hour in Wonderland (1950). This was Disney’s first television production. 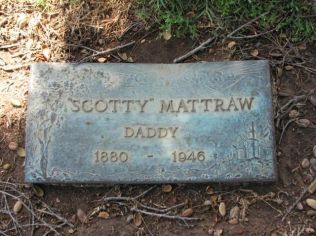 Today, the few locations that stand in relevance to Mattraw’s personal life are his former residences. The Watertown home stands on Winslow Street. 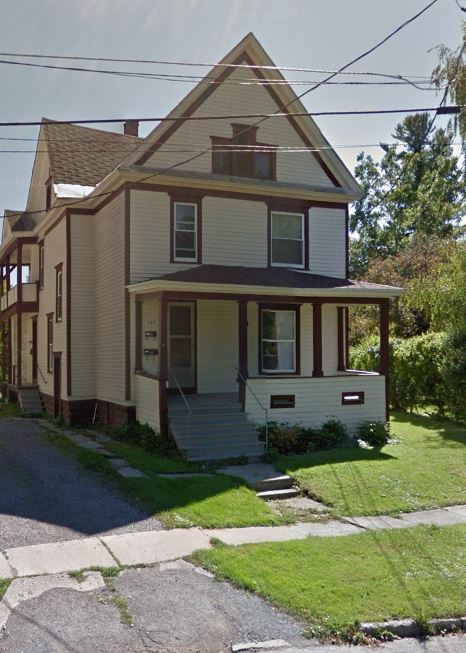 His Los Angeles home on Rodney Drive looks like this at present: 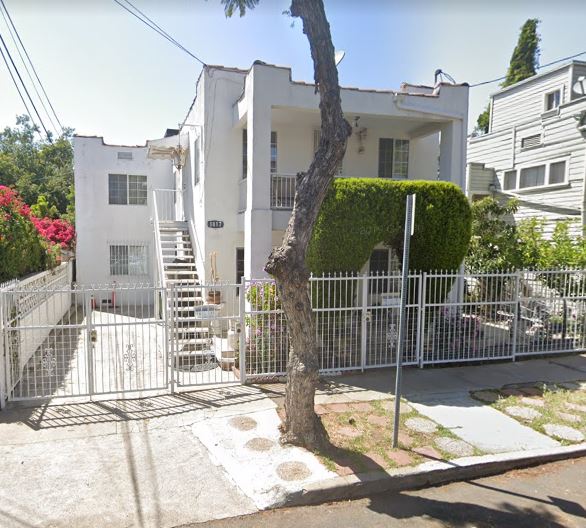 While there are not many locations to visit in relation to Mattraw, he is remembered well through his vocal talents used in bringing Bashful to the big screen. 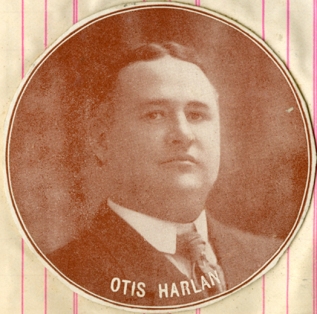 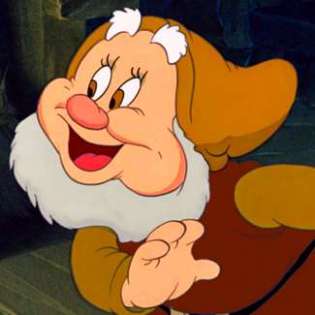 Otis Harlan was born to lumber dealer William Harlan and Elizabeth Harlan on December 29, 1865, in Zanesville, Ohio. Harlan was one of four children in the household, in addition to the family’s domestic servant from Ireland.

He developed an interest in acting while attending Ohio Wesleyan University and later became a member of Charles Hoyt’s comedy troupe and gained experience as a producing manager. He married Nellie Harvey and the couple had a daughter named Marion. The family lived at 318 Second Avenue in Monmouth, New Jersey, in 1905. They remained in the area and, for a time, were neighbors with actor Charles Grapewin and his second wife, Anna.

Harlan was actively working in vaudeville shows and musicals, including Victor Herbert’s The Magic Knight. Reportedly, he was the performer who introduced Irving Berlin’s classic breakthrough song “Alexander’s Ragtime Band” on the Vaudeville stage in 1911.

Harlan would go on to play Cap’n Andy in the first part-talkie iteration of Show Boat in 1929. In addition to this, Harlan acted as the master of ceremonies in the sound prologue that preceded screenings of the film. 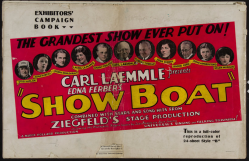 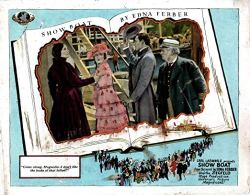 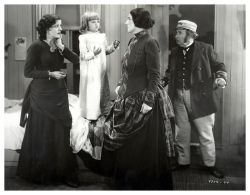 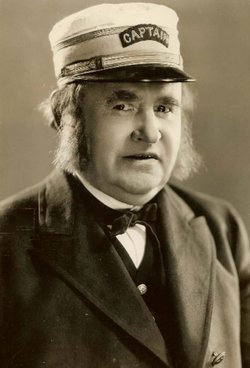 Nonetheless, Harlan was not the only Harlan working in Hollywood. His nephew, Kenneth Harlan, was also making strides as a leading man in silent cinema.

By 1931, he and his family had relocated to Los Angeles, California, and were living at 1631 S. Grand Avenue. Harlan enjoyed steady employment in motion pictures, largely appearing in minor roles. They moved to another property in Los Angeles at 1515 Courtney Ave. as his film career continued on.

Among some of his more notable roles was his appearance as Starveling in Max Reinhardt’s A Midsummer Night’s Dream (1935). Two years later, he would provide the voice for Happy in Snow White and the Seven Dwarfs (1937). He was considered to be the oldest American voice actor in recorded history. In the same year, he would also appear in the Our Gang short film, Roamin’ Holiday. 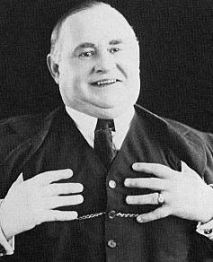 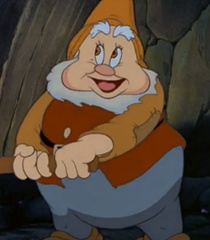 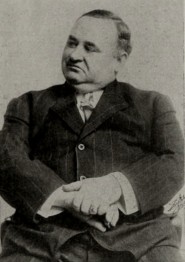 Throughout the film, Happy is generally portrayed laughing at the situations around him. He is confident and cheerful for the vast majority of the film.

Harlan eventually retired from the profession and he and his wife moved to Martinsville, Indiana, where his daughter was living. He passed away from a stroke on January 21, 1940, at age 74. The Harlan family is at rest in New South Park Cemetery in Martinsville. 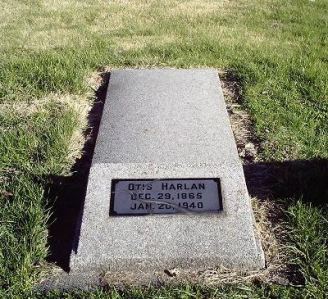 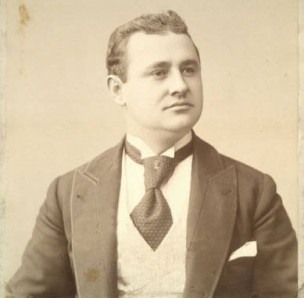 Like some of the other actors who voiced the seven dwarfs, there are few tributes to Harlan. In his case, only one former residence remains at 1515 Courtney Ave. in Los Angeles, California. Here is what it looks like today: 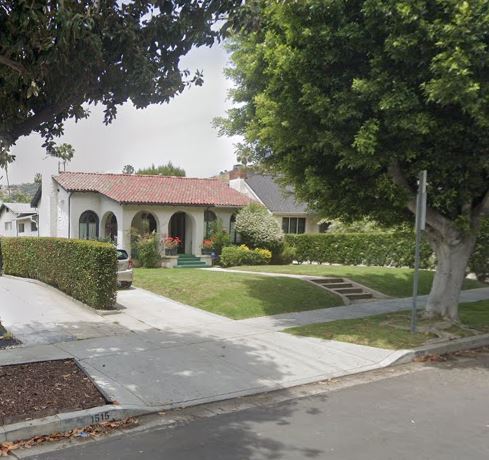 Harlan is best remembered for his extensive filmography in silent film and early sound films, as well as taking part in Snow White and the Seven Dwarfs.

In summation, there were so many fine talents that came together to give the many characters in Snow White and the Seven Dwarfs their own voices and distinct personalities. Since the performers went uncredited, it is especially intriguing to study their lives aside from the animated characters seen in the Disney film and to learn more about that as people–both from personal and professional standpoints.

1 Response to Bashful and Happy