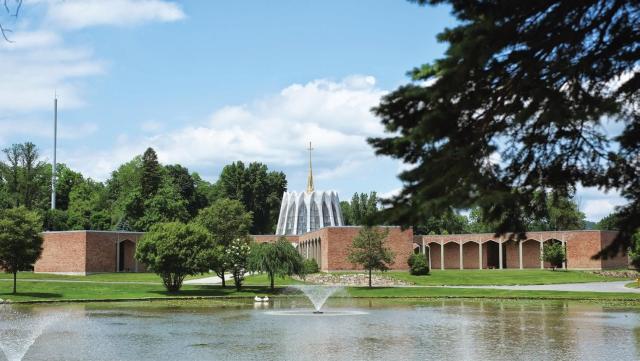 In peaceful Hawthorne, Westchester County, New York, visitors will find Gate of Heaven Cemetery. Situated roughly 25 miles from New York City, the cemetery functions as a Roman Catholic burial site. The cemetery features many notable interments, including individuals from the entertainment industry and quite a few baseball players. 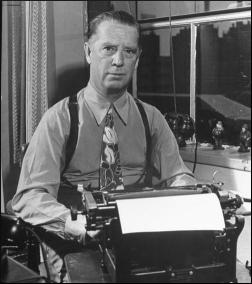 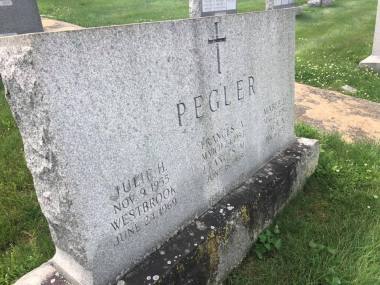 Westbrook Pegler
(August 2, 1894 – June 24, 1969)
Born Francis James Westbrook Pegler. An American journalist and writer. He was a popular columnist in the 1930s and 1940s famed for his opposition to the New Deal and labor unions. Pegler aimed his pen at presidents of both parties, including Herbert Hoover, FDR (“moosejaw”), Harry Truman (“a thin-lipped hater”), and John F. Kennedy. He also criticized the Supreme Court, the tax system, and corrupt labor unions, winning a Pulitzer Prize for the last. In 1962, he lost his contract with King Features Syndicate, owned by the Hearst Corporation, after he started criticizing Hearst executives. His late writing appeared sporadically in publications that included the John Birch Society’s American Opinion. 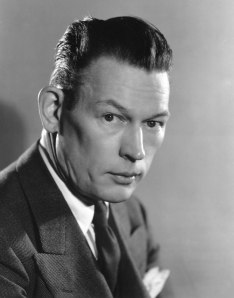 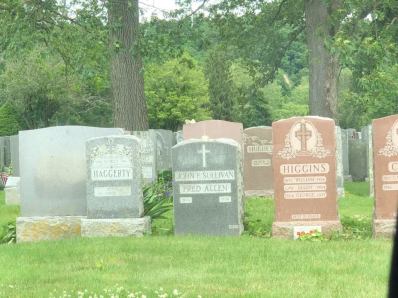 Fred Allen
(May 31, 1894 – March 17, 1956)
Born John Florence Sullivan, known professionally as Fred Allen. An American comedian. His absurdist, topically pointed radio program The Fred Allen Show (1932–1949) made him one of the most popular and forward-looking humorists in the Golden Age of American radio. 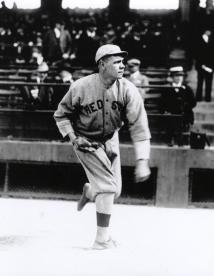 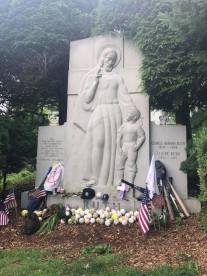 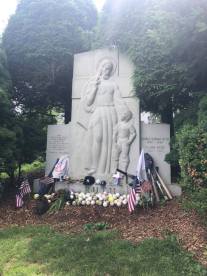 Babe Ruth
(February 6, 1895 – August 16, 1948)
Born George Herman Ruth Jr. An American professional baseball player whose career in Major League Baseball (MLB) spanned 22 seasons, from 1914 through 1935. Nicknamed “The Bambino” and “The Sultan of Swat”, he began his MLB career as a star left-handed pitcher for the Boston Red Sox, but achieved his greatest fame as a slugging outfielder for the New York Yankees. Ruth established many MLB batting (and some pitching) records, including career home runs (714), runs batted in (RBIs) (2,213), bases on balls (2,062), slugging percentage (.690), and on-base plus slugging (OPS) (1.164); the latter still stands as of 2019. Ruth is regarded as one of the greatest sports heroes in American culture and is considered by many to be the greatest baseball player of all time. In 1936, Ruth was elected into the Baseball Hall of Fame as one of its “first five” inaugural members. 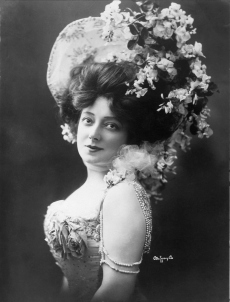 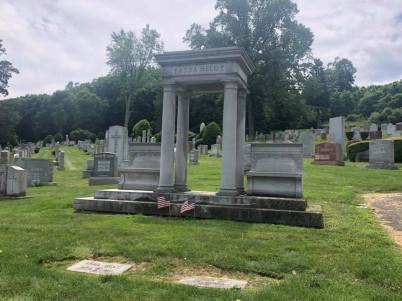 Anna Held
(19 March 1872 – 12 August 1918)
Born Helene Anna Held, known professionally as Anna Held. A Broadway stage performer and singer born in Warsaw, Poland. She started her career with stints in theatres in Paris and London, and is most often associated with theatre producer and impresario Florenz Ziegfeld, her common-law husband. 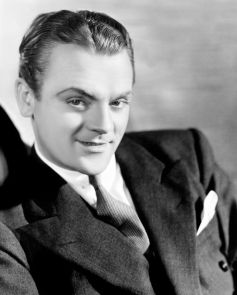 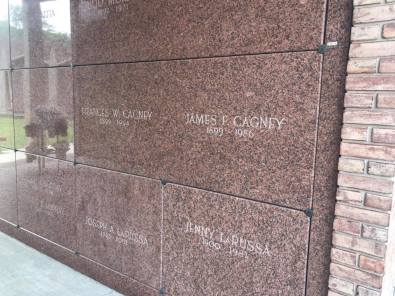 James Cagney
(July 17, 1899 – March 30, 1986)
Born James Francis Cagney Jr. An American actor and dancer, both on stage and in film (though primarily known for the latter). Known for his consistently energetic performances, distinctive vocal style, and deadpan comic timing, he won acclaim and major awards for a wide variety of performances. He is remembered by some for playing multifaceted tough guys in films such as The Public Enemy (1931), Taxi! (1932), Angels with Dirty Faces (1938), The Roaring Twenties (1939) and White Heat (1949), finding himself typecast or limited by this reputation earlier in his career. Later he was able to negotiate dancing opportunities in his films and ended up being the only man to win the Academy Award for a role in a musical (“Yankee Doodle Dandy”).In 1999 the American Film Institute ranked him eighth among its list of greatest male stars of the Golden Age of Hollywood. Orson Welles described Cagney as “maybe the greatest actor who ever appeared in front of a camera”. 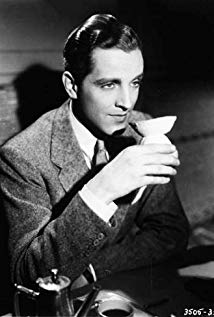 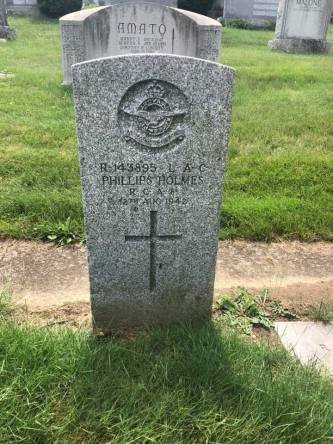 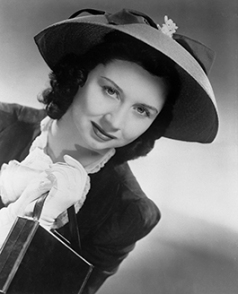 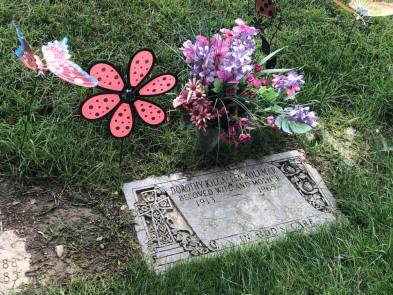 Dorothy Kilgallen
(July 3, 1913 – November 8, 1965)
Born Dorothy Mae Kilgallen. An American journalist and television game show panelist. After spending two semesters at the College of New Rochelle, she started her career shortly before her 18th birthday as a reporter for the Hearst Corporation’s New York Evening Journal. In 1938, she began her newspaper column “The Voice of Broadway”, which eventually was syndicated to more than 140 papers. In 1950, she became a regular panelist on the television game show What’s My Line?, continuing in the role until her death. 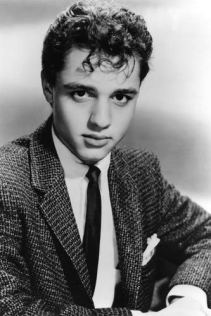 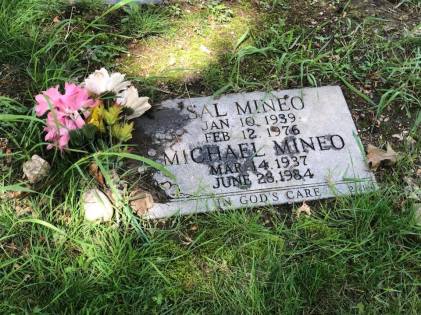 Sal Mineo
(January 10, 1939 – February 12, 1976)
Born Salvatore Mineo Jr. An American film and theatre actor and director. Mineo is chiefly known for his performance as John “Plato” Crawford opposite James Dean in the film Rebel Without a Cause (1955). Mineo was twice nominated for the Academy Award for Best Supporting Actor, for his role in Rebel Without a Cause and Exodus (1960). A 1950s teen idol, Mineo’s acting career declined in his adult years. He was murdered in 1976. 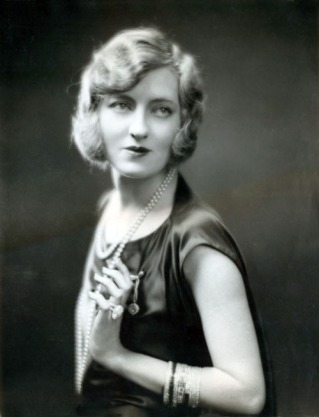 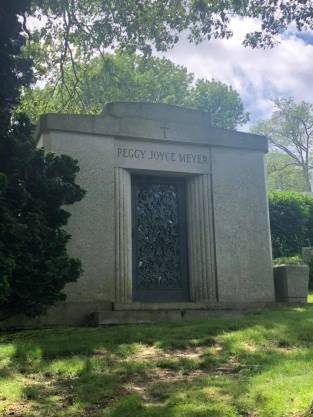 Peggy Hopkins Joyce
(May 26, 1893 – June 12, 1957)
Born Marguerite Upton. An American actress, artist’s model and dancer. In addition to her performing career, Joyce was known for her flamboyant life, with numerous engagements, six marriages to wealthy men, subsequent divorces, a series of scandalous affairs, a collection of diamonds and furs, and a generally lavish lifestyle. 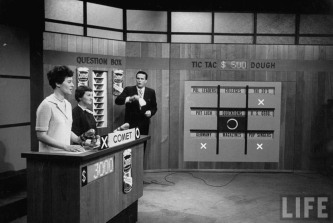 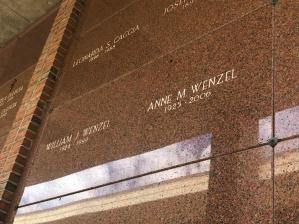 When visiting Westchester County, I encourage a visit to Gate of Heaven Cemetery and nearby Kensico Cemetery.

1 Response to Gate of Heaven Cemetery