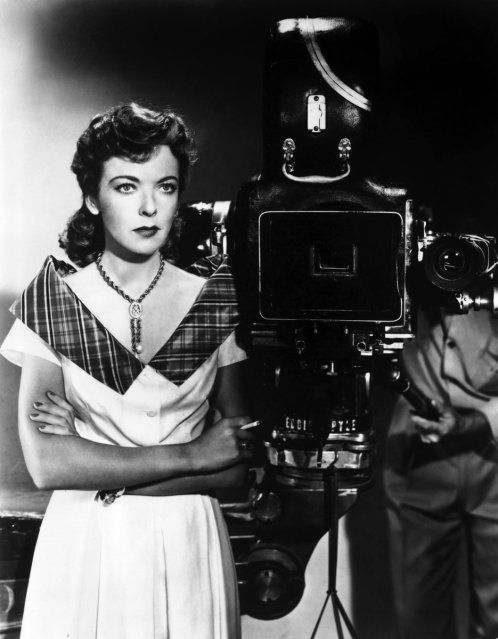 “I’d love to see more women working as directors and producers. Today, it’s almost impossible to do it unless you are an actress or writer with power. I wouldn’t hesitate right this minute to hire a talented woman if the subject matter were right.” –Ida Lupino

While there are many actresses who are lauded for their work in front of the camera, classic Hollywood had its share of women working behind the camera, as well. In other cases, there were even women who had experiences in both aspects of film-making, with actress, singer, director, and producer Ida Lupino being one of them.

Lupino was born in Herne Hill London to Stanley Lupino and Connie O’Shea. Her father was a music hall comedian of the theatrical Lupino family, which included performer Lupino Lane, while her mother was an actress. With entertainment in her blood, Lupino started to perform at a young age and even wrote her first play at the age of seven. She toured with a traveling theatrical company when she was young and had already begun to memorize female lead roles in many of Shakespeare’s works by the time she was 10 years old. After developing experience on the stage, with her first appearance in 1934 as the lead in The Pursuit of Happiness, Lupino Lane aided Ida in finding work in films at British International Studios.

At heart, Lupino wanted to become a writer but ultimately decided to pursue acting to please her father and follow in his footsteps. At 14, she appeared in her first film, Her First Affaire, and went on to carry out many more lead roles in Warner Brothers’ Teddington Studios. Lupino soon found herself nicknamed the “English Jean Harlow” by the time she appeared in the Paramount film Money for Speed (1934) in a role that showed her off as good girl and a bad girl. A talent scout saw only the good girl portion of her role and she was soon encouraged to try out for the lead role in Alice in Wonderland (1933). Most of her roles, however, featured her playing immoral women, which led her to feel uncomfortable with both her roles and the overall profession. Nonetheless, Lupino was offered a five-year contract with Paramount.

Sadly, polio was spreading throughout the Hollywood community through contaminated swimming pools and Lupino contracted the illness in 1934. The disease impacted her ability to work and her contract with Paramount was dissolved. Nonetheless, Lupino persevered through the illness and focused upon showcasing her intellectual skills by directing, producing, and writing films. Lupino saw a renewed potential in herself that extended far beyond physical appearances. When faced with physical ailments, she relied upon dictation to write short stories, children’s books, and compose music. One of her compositions, “Aladdin’s Suite”, was performed by the Los Angeles Philharmonic Orchestra in 1937. The piece was composed while she was on bed rest. 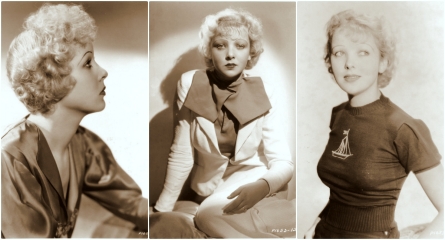 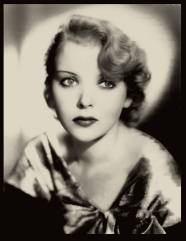 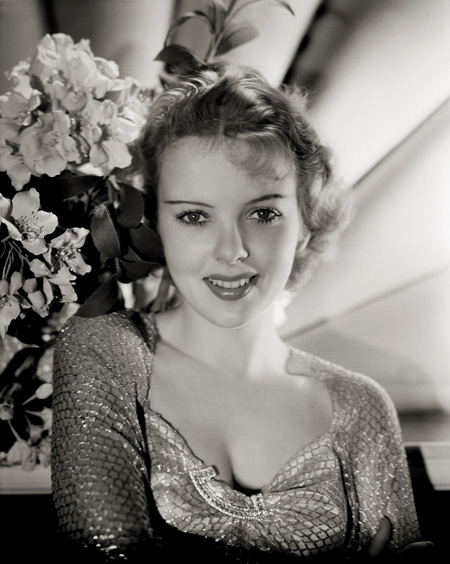 After appearing in The Light That Failed (1939) for Columbia, for which she demanded an audition by running into the director’s office unannounced, she began to find roles as a serious dramatic actress. Much of the time, she took on roles refused by Bette Davis, dubbing herself the “poor man’s Bette Davis.”

Lupino also began to appear in femme fatale roles, such as They Drive by Night (1940) and High Sierra (1941). Her only comedic lead role would be in Pillow to Post (1945). In between the two films, Lupino frequently argued with Jack Warner because she would refuse roles that she felt were beneath her. In other cases, she would also try to make script revisions. After rejecting an offer to star in Kings Row (1942), her Warner Brothers contract was suspended. While she secured roles again, her time at the studio was tense. Lupino exuded a tough, no-nonsense acting style but never broke through as a major star. As a result, both Lupino and Warner Brothers made no steps to renew her contract. She would leave the studio in 1947, moving on to work at 20th Century Fox, where she would perform musical numbers in Road House (1948). In the same year, she became an American citizen.

When Lupino found her contract suspended, she indulged in watching the filming and editing process. Soon enough, she developed an interest in directing. Working as an actress often required long waits in between takes, causing Lupino to become bored and notice that the work she found intriguing was happening behind the camera. As a result, she and her then-husband, Collier Young, formed a company called The Filmmakers, to produce and direct low-budget films. Her first job as a director would occur on the set of Not Wanted (1949)–a film that Lupino co-produced and co-wrote. The intended director, Elmer Clifton, suffered a mild heart attack, causing Lupino to fulfill the directing duties. The film was controversial due to its depiction of pregnancy outside of marriage and received much publicity, to the point of Lupino discussing the film with Eleanor Roosevelt on a national radio broadcast. Her first directing credit would be for Never Fear (1949). 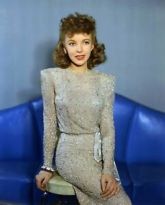 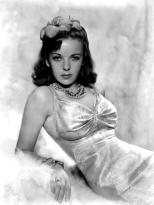 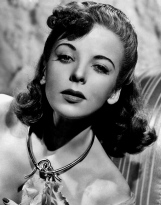 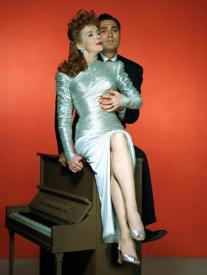 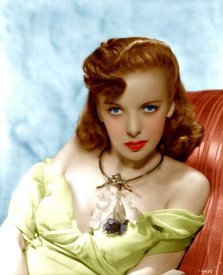 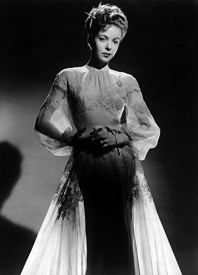 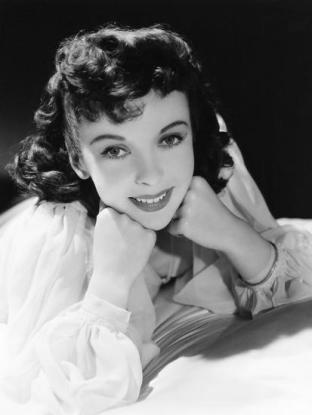 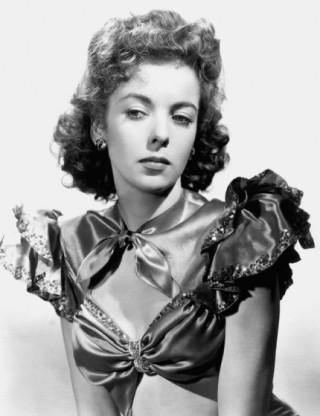 Lupino continued the trend of producing films that dealt with social issues, including Outrage (1950) and The Hitch-Hiker (1953). Her work for The Hitch-Hiker made her the first woman to direct a film noir. Her studio, The Filmmakers, emphasized her femininity at her own request. In fact, her director’s chair read “Mother of Us All.” In an effort to continue funding her studio, Lupino continued an acting career. Lupino would also use what is known today as product placement in order to assist with funding. Her production company would come to a close in 1955, while Lupino’s last directing credit on a feature film would be for the comedy, The Trouble With Angels (1965). As a Catholic, Lupino’s Trouble With Angels went on to premiere in Missouri to help raise funds for an all-girls academy directed by one of Rosalind Russell’s friends. 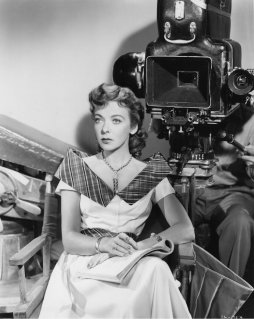 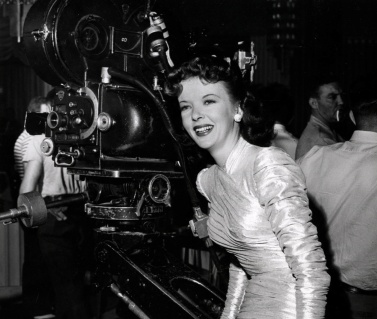 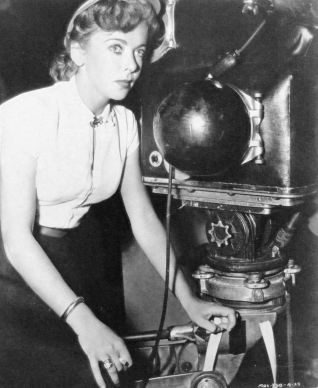 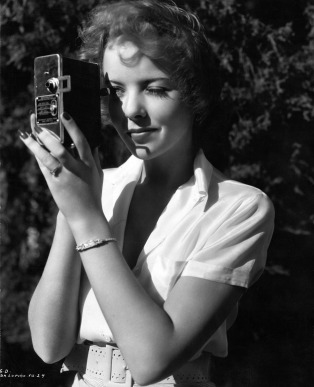 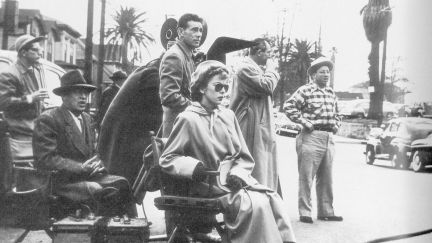 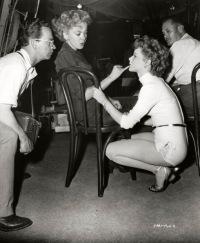 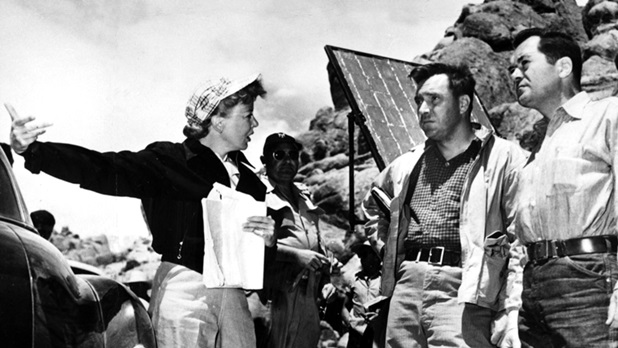 Throughout the 1960s and 1970s, Lupino continued acting and directing by exploring a career in television. She directed many top television shows, including Alfred Hitchcock Presents, The Twilight Zone, Gilligan’s Island, The Untouchables, Bewitched, and many more. She frequently appeared on shows, sometimes with her third husband, Howard Duff. Lupino retired from the industry at age 60 and appeared in her final film role in 1978.

Today, Lupino is remembered as one of the only female filmmakers working during the 1950s studio system. Moreover, her films were always rooted in a harsh reality, bringing major social issues and conflicts to the forefront of her artistic output.

Lupino has two stars on the Hollywood Walk of Fame, which celebrate her achievements in film and television. In Herne Hill, London, both Ida and Stanley Lupino are honored with plaques affixed to their former home. The plaque was installed by the Music Hall Guild of Great Britain and America in collaboration with the Theatre and Film Guild of Great Britain and America at her birthplace. The plaque is located at 33 Ardbeg Rd. 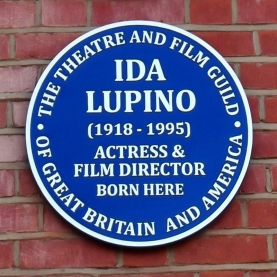 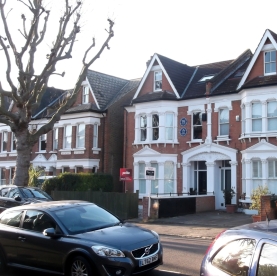 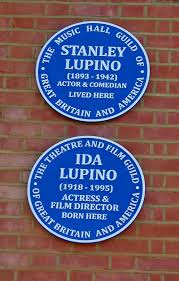 Given Lupino’s influence on and off camera, her career and achievements are well worth celebrating to this day.