As I was scrolling through Twitter one evening, I was excited to see Ky of Saga of Ginger post a recipe for Ginger Rogers’s fruit muffins. Previously, my only celebrity baking adventure was Katharine Hepburn’s brownies and I had been curious about attempting another recipe ever since that tasty success. Rogers, in particular, was photographed cooking every so often but some of my favorite shots are of her enjoying the ice cream fountain in her home.

While I trust that Rogers could make fantastic ice cream creations, I wanted to put my baking skills to her test and see how I would enjoy her fruit muffins. It was through the June 1934 issue of The New Movie Magazine that readers learned of Rogers’s fruit muffin recipe.

According to Media History Digital Library, the magazine itself was short-lived but played a part in the gossip industry from its launch in 1929. It was priced at the low cost of 10 cents, while its competitors cost 25 cents. The magazine was especially accessible, as it was sold through Woolworth’s. Due to its success in price and accessibility, other magazines decreased their prices to match that of The New Movie Magazine. Overall, the magazine had less content and poorer quality illustrations but the content it did have was similar to the content found in high-end magazines. The magazine ended its publication in 1935.

Rogers’s recipe was printed as follows:

For my take on the recipe, I used a mix of raspberries and blueberries, though I imagine any berry or fruit option will work. I baked my batch at 350 degrees for 25 minutes and yielded one dozen muffins and one delicious-smelling home. 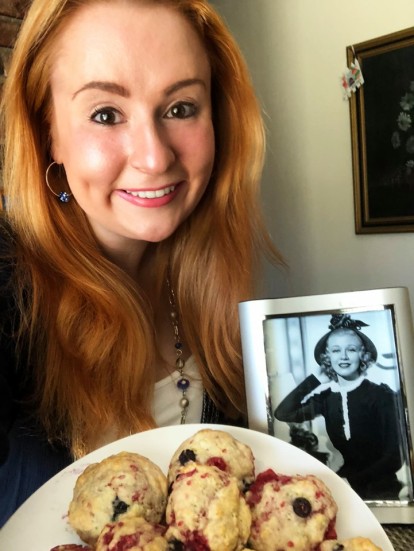 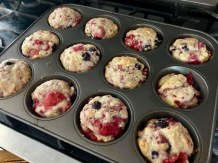