May 16th is National Classic Movie Day and the Classic Film & TV Cafe is hosting another fabulous blogathon in honor of this fun day for classic film fans. This year, bloggers have been challenged with picking out their top five films from the 1950s. After much deliberation, here are my picks:

For me, it is almost impossible to think of the 1950s and not think of Singin’ in the Rain. Hailed as the quintessential musical, the film enthusiastically tells the story of Hollywood’s transition from the Silent Era to the Sound Era though many delightful musical numbers and exuberant performances. Showcasing the veteran dancing abilities of Gene Kelly and Donald O’Connor, in addition to a young Debbie Reynolds tackling a major role with finesse, there is much to love in this adored classic. Moreover, all of the performances in this film are memorable in their own way, whether for their quotes, comedy, physicality, or other characteristics. Visually, the film is a delight and is propelled forward to the tune of many songs from musicals past. Furthermore, this film, of course, has Kelly’s iconic and carefree dance up and down a rain-studded avenue. 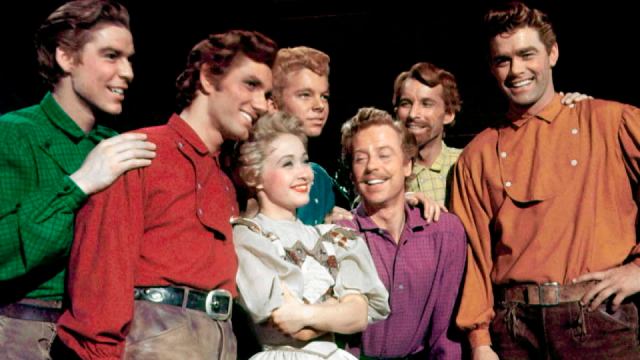 Seven Brides for Seven Brothers is one of my favorite musicals not only because of Jane Powell‘s fantastic performance and the many beautiful songs in this movie, but because of its unique choreography. This is a musical film that was met with challenges in terms of budget, censorship, and believability. With MGM banking on Brigadoon (1954) being a hit, Seven Brides for Seven Brothers was slighted in terms of budget and had to make do with cheaper production materials. The script and some lyrics faced issues with censorship surrounding the subject matter of seven backwoodsmen in isolation from potential mates. Furthermore, in terms of an artistic standpoint, choreography was also an issue for this film because the choreographers felt that backwoodsmen would not be dancing. Rather, their choreography in this film is more athletic and deals more with gymnastics as opposed to the types of dancing found in other musicals. Nonetheless, this musical overcame its many obstacles with panache and remains a wonderful classic. 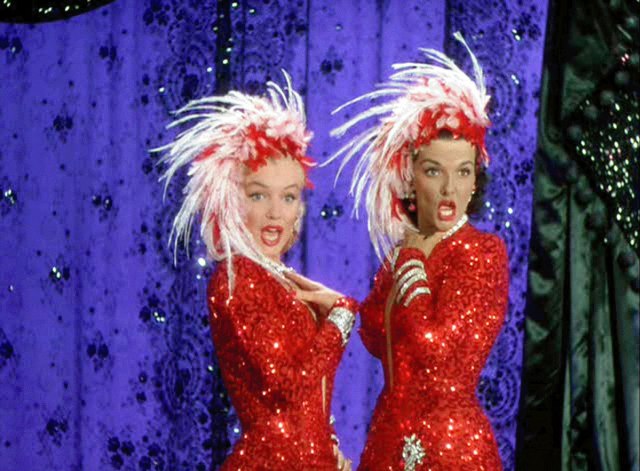 A gem from start to finish, this film shows off two top-notch actresses of the day: Marilyn Monroe and Jane Russell. The two actresses play characters who are foils to one another but make a dynamic duo in their own right–the perfect example of two heads being better than one. These strong female characters have witty lines, showstopping songs, and carry the show with ease from start to finish while wearing gorgeous and iconic costumes designed by William Travilla. This lighthearted film has gorgeous cinematography and is sure to leave viewers humming the tunes well after the credits.

Sunset Boulevard is loaded with mystique and high-caliber performances. Telling the eerie tale of a former silent film star against the callous and unforgiving backdrop of the film industry, Gloria Swanson‘s portrayal of Norma Desmond is both haunting and evocative. While the story is told from William Holden’s character as an onlooker who quickly becomes involved in Desmond’s eccentric affairs, the story engrosses viewers in a way that can elicit both sympathy and horror in response to Desmond’s character. The atmosphere in this film is a far cry from some of the cheerful films of the time and is all the more striking as a result. 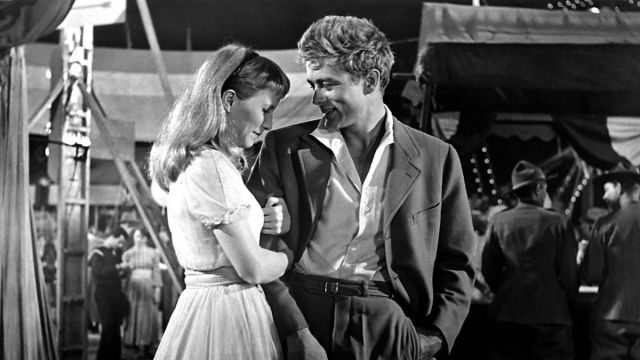 While James Dean only graced us with three film roles during his brief but memorable lifetime, East of Eden happens to be my favorite. Adapted for the screen from the John Steinbeck novel, this film is a particularly poignant portrayal for Dean, as his character vies for the affection of this father and seeks truth all around him. The development of his relationship with Abra, played by Julie Harris, is also sweet to behold. The film is beautifully photographed and has the power to resonate emotionally with viewers as Dean’s character experiences various successes and painful setbacks throughout his journey.

Honorable Mention: It Should Happen to You (1954) 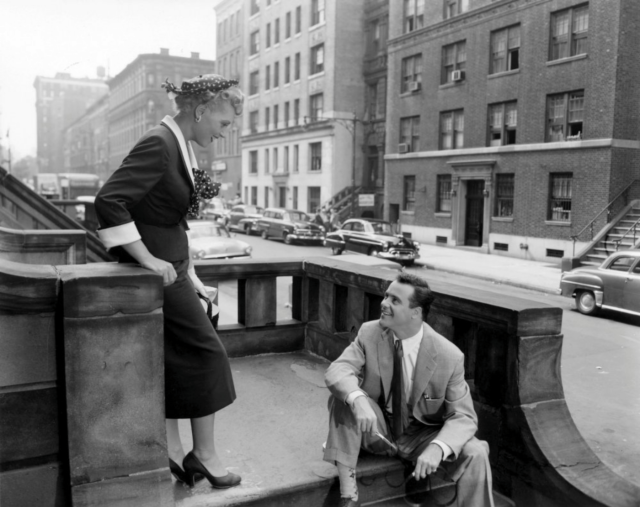 I can’t forget about Judy Holliday and the many fun roles she had during this decade. It Should Happen to You is one of my favorites because of the cast, featuring not only Peter Lawford but also Jack Lemmon–in his film debut, no less. While Holliday’s character is central to the story and brims with witty lines, Lemmon’s character grounds her in a way that allows the two characters to shine. Furthermore, the on-screen chemistry between Holliday and Lemmon–particularly during their brief piano duet–is absolutely charming. When you see this film, you know that you are seeing two acting greats at work with their own special characteristics and mannerisms that made them so enjoyable.

While these are my top choices of the decade, there are a wide range of films from this time that are worth celebrating. Check out the contributions and picks of other bloggers here.