Pre-Code films are fascinating to visit in today’s day and age. I often think of them as forward-thinking for their time, with so many issues and topics that are still very much a part of society today. Seeming far more scandalous than some their Code-enforced successors, the stories, characters, and issues presented within them remain intriguing. Merrily We Go to Hell (1932), in particular, offers an interesting depiction of a “modern” husband and wife, with the two characters exercising “privileges” and exploring the meaning of their marriage while facing immorality and temptation in their society.

Directed by Dorothy Arzner, the story was based upon a 1931 novel called I, Jerry, Take Thee, Joan by Cleo Lucas. The film was distributed by Paramount Publix Corporation with cinematography by David Abel.

Merrily We Go to Hell focuses upon a romance between Chicago reporter and playwright Jerry Corbett and heiress Joan Prentice. The two meet at a party and initiate a whirlwind romance, with Prentice accepting his marriage proposal despite his alcoholism and the objections of her father. Corbett toasts his relationship with a “Merrily we go to Hell”–functioning as an echoed theme throughout this film–and the story pours out on screen. 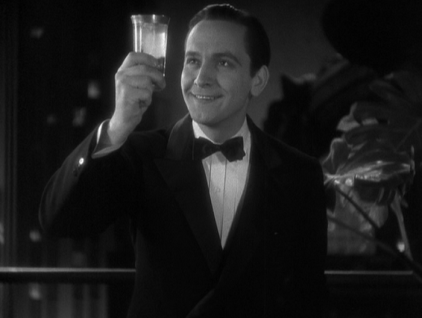 Corbett’s alcohol abuse begins to mar the relationship quickly, with him becoming highly intoxicated prior to their engagement party and failing to make a proper appearance. Nonetheless, his wife remains at his side as he battles his addiction and struggles to find success as a playwright.

Once Corbett manages to sell a play, the relationship becomes all the more strained as the star of the play winds up being Corbett’s former girlfriend, Claire Hempstead. Hempstead’s presence causes Corbett to drink all the more and even mistake his own wife for his past girlfriend. Still, Prentice stands by him until she catches him trying to sneak out to see Hempstead. Prentice kicks Corbett out and decides that they will have a “modern marriage”–essentially asserting that since her husband is out having affairs, so can she. Corbett and Prentice begin forming other romantic relationships while remaining married, opening the door to additional challenges, conflicts, and reevaluations of their relationships. 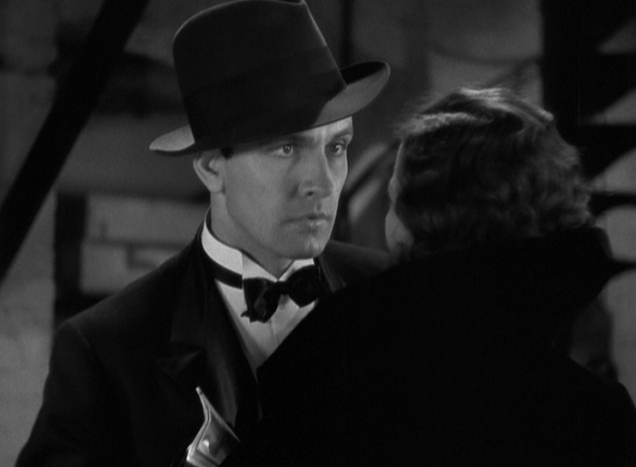 Merrily We Go to Hell opened to mixed reviews, with The New York Times citing the acting to be excellent and humorous in some cases but the more dramatic scenes for March’s character as lacking. Allen’s portrayal of Hempstead received praise for her acting in a role that was intended to be more minimal.

While the film’s title is a prime example of the sensational movie titles that occurred frequently in the Pre-Code era, the title posed a conflict to the film’s own publicity. Many newspapers of the day refused to publicize the film because of its risque title, which is referenced often in the film.

Merrily We Go to Hell offers an exceptional performance by Sylvia Sidney and is sure to elicit a strong reaction from modern audiences in support of her character.