Posted on September 3, 2018 by Annette Bochenek 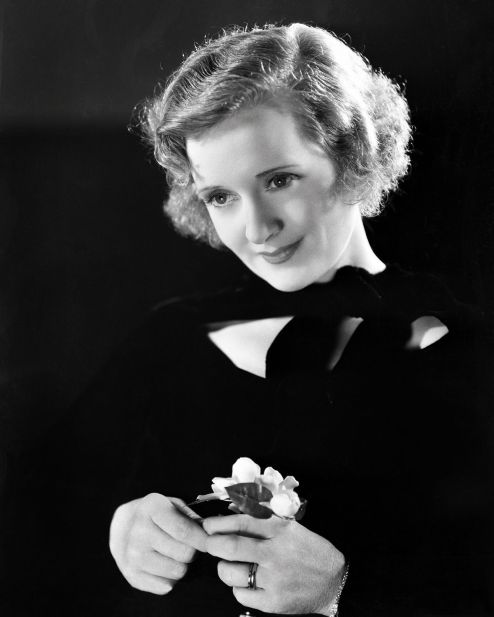 “Age is something that doesn’t matter, unless you are a cheese.” –Billie Burke

While best remembered for her portrayal of Glinda the Good Witch of the North in The Wizard of Oz (1939), Billie Burke lead a fascinating life and career that spanned from work on Broadway, radio, silent films, to sound films. An Academy-Award nominated actress and the wife of famed Broadway producer, Florenz Ziegfeld, Jr., Burke is fondly remembered in a variety of ways.

Mary “Billie” Burke was born in Washington, D.C. Her father was a singer and clown working for the Barnum & Bailey Circus. Her family later settled in London, where she would frequently attend plays in the West End.

By 1903, Burke began acting on stage and made her acting debut in London as part of The School Girl. She also participated in The Duchess of Dantzic (1903) and The Blue Moon (1904).

After working on stage in London, Burke returned to America in order to gain experience on Broadway. Here, she aimed to work in musical comedies, carrying out lead roles in Mrs. Dot, Suzanne, The Runaway, The “Mind-the-Paint” Girl, and The Land of Promise. She also carried out various supporting roles in The Amazons, where Florenz Ziegfeld, Jr., spotted her in the cast. The two married in 1914 and had a daughter name Patricia Ziegfeld Stephenson.

Burke purchased an estate in Hastings in 1910, which Burke named Burkeley Crest. She, Ziegfeld, and their daughter lived there. Ziegfeld enjoyed flowers, so they had hyacinths and daffodils planted all around the property. The family had 17 servants and a wide range of animals, including deer, parrots, geese, ponies, pheasants, bears, and buffalo. 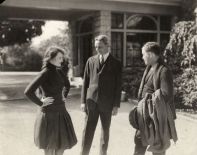 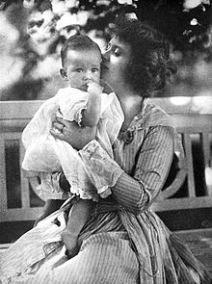 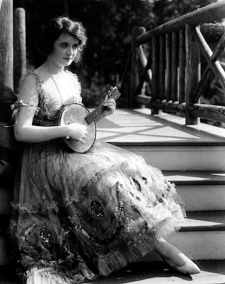 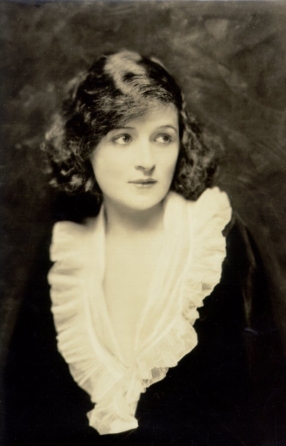 Burke entered into the film industry playing the lead role in Peggy (1915). Her popularity grew immensely and she quickly became the highest paid film actress at that time. She typically starred in dramas and comedies, with studios capitalizing upon her charming, eccentric personality and glamorous image. Audience lauded her fashions, as she was always clad in lovely gowns, furs, and jewelry. Her fashions were often provided by Lucile, a fashion designer who also dressed many socialites and celebrities. 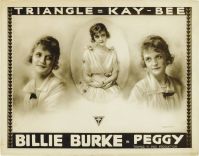 Though Burke received positive reviews in her films, she returned to the stage and continued to participate in several plays. However, when the Wall Street Crash occurred, she decided to go back to Hollywood in order to better support her family. The family left Burkeley Crest for the west coast.

Burke would return to the screen in A Bill of Divorcement (1932), in which she played Katharine Hepburn‘s mother in Hepburn’s debut film. Tragically, Ziegfeld passed away during the production of the film. Nonetheless, Burke decided to continue working in films. In 1940, she sold Burkeley Crest. 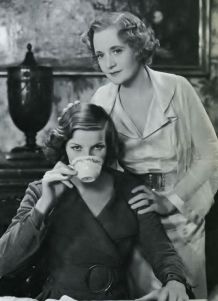 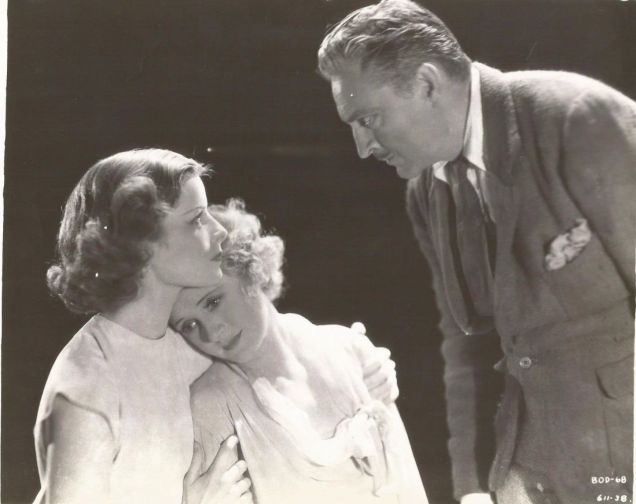 Burke would go on to play a variety of scatterbrained socialites in her future films. One such example is Dinner at Eight (1933), which proved to be a massive success and let to Burke being typecast in similar roles.

By 1936, MGM produced a biopic on the life of Ziegfeld, in which William Powell and Myrna Loy played Ziegfeld and Burke. Loy’s portrayal upset Burke, as the two actresses were both working for the same studio and Burke theoretically could have played herself. However, the studio deemed her too old for the part.

Burke continued her film career with several comedies, including Topper (1937), and Merrily We Live (1938). Her performance in Merrily We Live earned Burke her sole Oscar nomination. 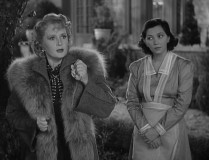 Her most iconic performance, without question, is as Glinda the Good Witch of the North in The Wizard of Oz (1939). Here, she worked with Judy Garland once again after having played her mother in Everybody Sing (1938). While she was offered the role of Aunt Pittypat in Gone With the Wind, she refused. Laura Hope Crews, who was chosen for the role, was instructed to perform in a zany, “Billie Burke-ish manner.” 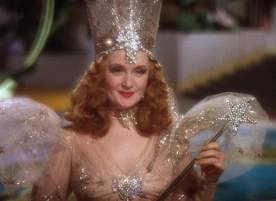 In addition to her work in films, Burke also appeared on radio and television. Her radio show, The Billie Burke Show, aired on Saturday mornings from 1943 to 1946 on CBS. Her television show, At Home With Billie Burke, ran from 1951 to 1952 on the DuMont Television Network. Burke was one of the first female talk show hosts. Burke went on to appear in Father of the Bride (1950) as well as its sequel, Father’s Little Dividend (1951).

While Burke attempted to make a comeback on stage in New York and California, the shows in which she starred were not successful. Though Burke herself received positive reviews, her memory began to fail and she had difficulty remembering her lines. As a result, she retired from show business. Her final screen appearance was in the Western film, Sergeant Rutledge (1960). 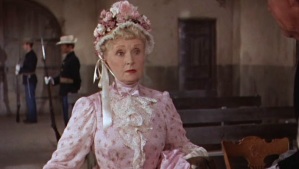 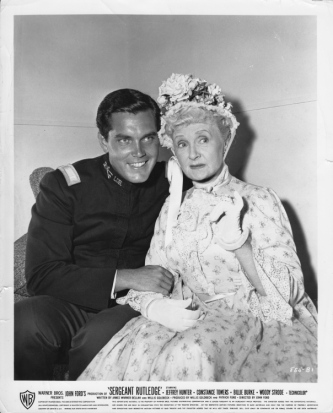 She passed away from natural causes on May 14, 1970, in Los Angeles, at age 85. She and Ziegfeld are buried at Kensico Cemetery at 273 Lake View Avenue, Valhalla, New York. 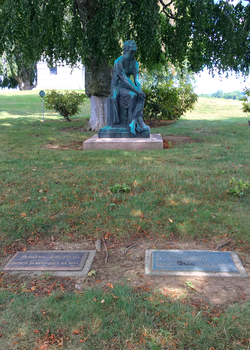 Today, Burke is memorialized in several ways. The Lyceum Theatre in Manhattan has a 1912 opening night program for The “Mind-the-Paint” Girl with Burke’s image on it on display in the theater lobby. 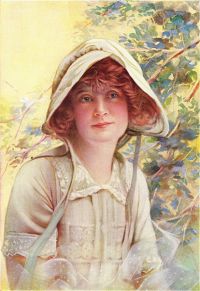 Burke’s dress from The “Mind-the-Paint” Girl exists today but is no longer on display.

Burkeley Crest was demolished soon after Burke sold off the estate. While the structure itself no longer exists, the area where it stood is now an athletic park called Burke Estate Field. This is located on the corner of Farragut Ave and Mt. Hope Boulevard in Hastings-On-Hudson, New York.

While the Ziegfeld Theatre in New York once displayed a framed photograph of her over an exit staircase, it was removed after renovations. The theater was razed in 1966. It stood at 1341 Sixth Avenue, New York, New York.

Interestingly, beyond tributes here on Earth, there is also a crater near the north pole of the planet Mercury named after Burke as of November 2015.

If you are traveling to New York, take a moment to appreciate Burke and her passion for acting or at least enjoy your visit in a “Billie Burke-ish manner.”