Among the many great comics of Hollywood’s Golden Age, audiences were particularly blessed with two talented redheads during this time: Lucille Ball (an honorary redhead) and Red Skelton. The two worked alongside one another in an energetic and imaginative musical film entitled, Du Barry Was a Lady (1943).

The film tells the story of a night club’s coatroom attendant who is in love with the club’s singer. In a famous fantasy sequence, the attendant dreams that he is French King Louis XV courting the infamous Madame du Barry.

Originally, Du Barry Was a Lady was a 1939 Broadway musical, with music and lyrics written by Cole Porter, and its book by Herbert Fields and Buddy DeSylva. The musical starred Bert Lahr, Ethel Merman, and Betty Grable, and Porter’s song “Friendship” was one of the highlights.

With the Broadway musical being a hit, it was soon reimagined for the screen by MGM. The musical was made into a Technicolor film under the same title in 1943, starring Skelton, Ball, and Gene Kelly. The film also included Tommy Dorsey and his orchestra, featuring the talents of Buddy Rich, Ziggy Elman, Dick Haymes, Jo Stafford, The Pied Pipers, Six Hits and a Miss, and the Music Maids. 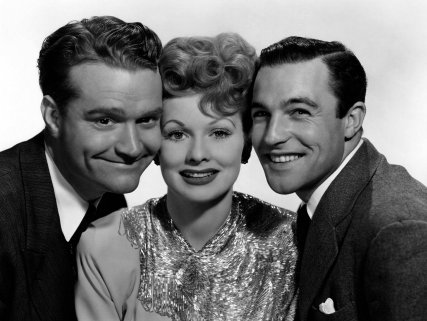 While the leads in the film perform their own vocals, Lucille Ball’s singing voice is dubbed by Martha Mears in most of the film; however, her real voice is heard in the rendition of “Friendship” at the end of the film.

Interestingly, Ball would be connected to the song once again during her time working in I Love Lucy. In the episode “Lucy and Ethel Buy the Same Dress,” she and Vivian Vance would sing a sarcastic version of the song when they realize that they are both outfitted in the same gowns. 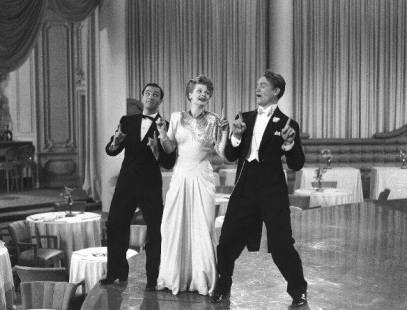 MGM originally purchased the rights to Du Barry was a Lady for $80,000 as a vehicle for Ann Sothern. Though intended to star in the film, Sothern reportedly turned down the role because she learned that she was expecting a child. Because this fact was made known after production began, publicity posters in addition to the doll behind the screen credits still resemble Sothern. MGM cast Ball in her stead. 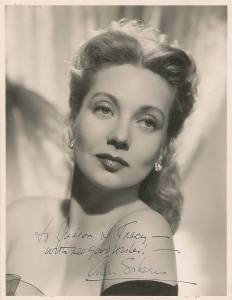 Though based upon the Broadway show, the film used very little of the original Porter score. As was often the case for the studio, MGM bought the rights to a popular stage property then proceeded to make revisions. The film retains only a few of the original songs as the studio worked in new material made by studio songwriters.

While the film version also cut out more scandalous elements in the musical’s story, the basic outline remained the same. Some of the relationships among the characters are different in the film, with Ginny (another singer) pining away for Louis. In turn, Louis is preoccupied with trying to woo May Daly.

In addition to Skelton and Ball, Virginia O’Brien also shines with comedic style. Unlike her co-stars, she is famous for her deadpan persona along with witty quips.

Lana Turner also has a fun cameo appearance at the end of one of Skelton’s musical numbers. Ava Gardner also makes a brief uncredited appearance as a perfume girl in the film. 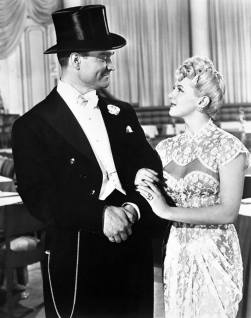 In addition to the major comics mentioned, this was the film debut of Zero Mostel.

Aside from the other talents in this film, there was also another important debut being made: Ball’s iconic red hair. MGM hairstylist Sydney Guilaroff dyed Ball’s hair a fiery red for this film. She would keep the color for the rest of her life. Over time, it became her trademark.

The film was directed by Roy Del Ruth, who would incidentally work with Ball and Skelton again in Ziegfeld Follies (1946). Arthur Freed produced the film, which was written by Nancy Hamilton and Wilke C. Mahoney. The screenplay was written by Irving Brecher.

The cinematography was executed by Karl Freund and Howard Kress. Incidentally, Ball would later hire Freund to be the Director of Photography on I Love Lucy.

Another crucial star to the story is Kelly, who was very new to films when working on Du Barry Was a Lady. This was only his second film, having made his debut the year before in For Me and My Gal (1942) with Judy Garland. Here, audiences are able to see him execute his athletic dancing style in addition to him serenading Ball. 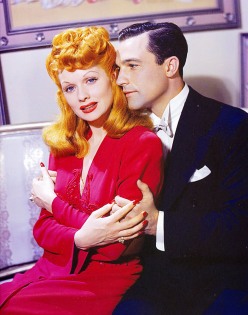 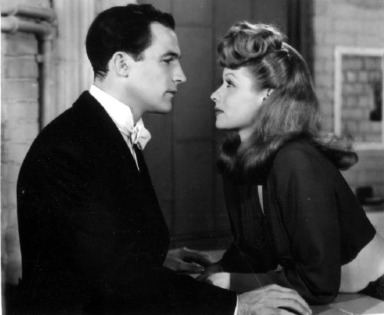 As Kelly’s career with MGM would continue to progress, one moment, in particular, echoes back to this film. In Singin’ in the Rain (1952), Kelly’s Don Lockwood character makes his first musical film, The Dancing Cavalier. The film is about a modern man who is knocked out and dreams of being an aristocrat in an olden France. In reality, this plot was the premise of Du Barry Was A Lady.

While Gene was making his second film appearance, so was Ball’s Du Barry wig. The wig first appeared on Norma Shearer in Marie Antoinette (1938) and again on Ball in 1943. 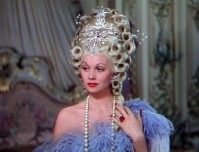 Though the film is not one of the better-known MGM musicals, it has many charming musical numbers and a wide range of studio talents featured throughout.