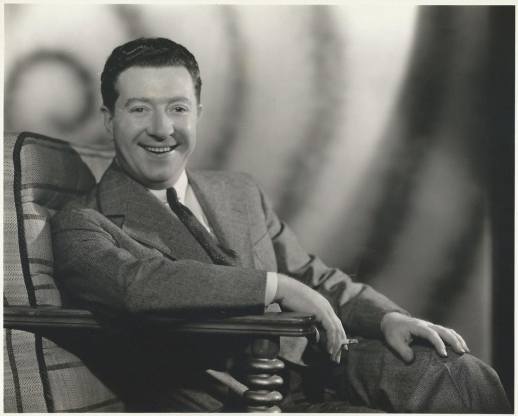 “Mostly I wound up as the friend—dumb but loyal. I guess my dumb look was convincing.” –Frank McHugh

Frank McHugh was a beloved character actor whom fans of Pre Code cinema will remember particularly well. He typically carried out roles that provided comic relief in films but also had experience on stage, radio, and television.

Francis Curray McHugh was born on May 23, 1898, in Homestead, Pennsylvania, as one of five children. His parents, Edward “Cutie” McHugh and Katherine Curry “Katie” McHugh, had backgrounds in theater and ran a stock theater company in Braddock, Pennsylvania. As a result, McHugh began performing at an early age and developed an interest in theater. Moreover, his brother and sister—Matt and Kitty—were also similarly inclined. The trio of children formed an act when McHugh was 10 years old. McHugh’s formal education would end in the fifth grade. 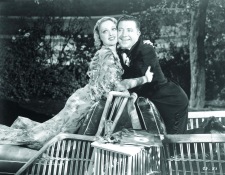 In 1917, McHugh was working in Manhattan as an actor. McHugh went to Pittsburgh, Pennsylvania, to find acting roles and to work as a stage manager at the Empire Theatre. He worked in stock and traveling companies in addition to gaining experience on Broadway. Later, he would marry Dorothy Spencer. The couple went on to have three children: Susan, Michael, and Peter. 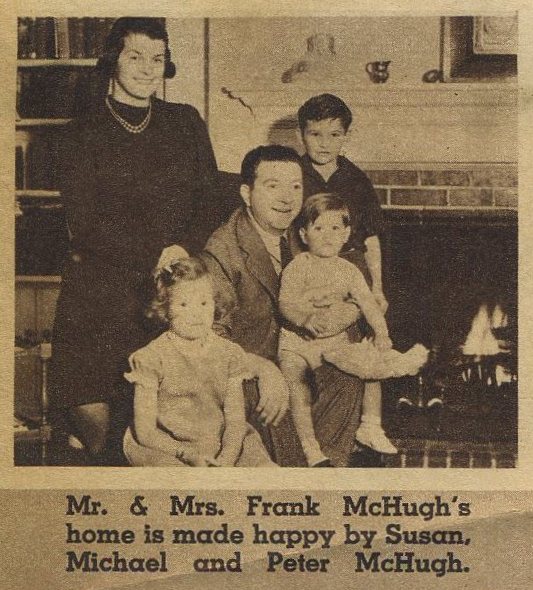 McHugh would make his Broadway debut in a show called The Fall Guy in 1925. His screen debut would occur in If Men Played Cards as Women Do (1929), a short for Paramount. McHugh would then be hired on at First National Pictures as a contract player, later being credited as Frank McHugh in film roles. 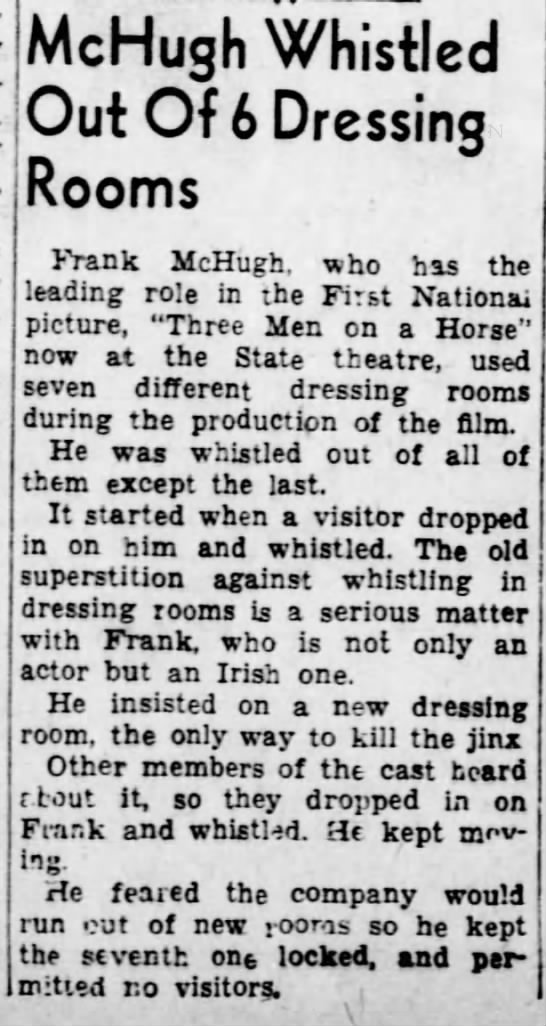 By 1930, McHugh’s siblings were no longer working on stage as an act. Another brother of McHugh’s, Ed, left for New York to work as an agent and stage manager. Like McHugh, Matt and Kitty also went on to have film careers.

As his screen career progressed, McHugh took on a wide variety of roles. He often played comical, easygoing characters and almost always incorporated his trademark laugh in his work.

Completing a vast number and variety of films, McHugh worked alongside some of classic cinema’s greatest stars, developing a close friendship with James Cagney. Their friend group expanded to include the likes of Ralph Bellamy, Frank Morgan, Pat O’Brien, Lynne Overman, Spencer Tracy, and Allan Jenkins, dubbed “The Irish Mafia.” He would later work with Bing Crosby in Going My Way (1944). 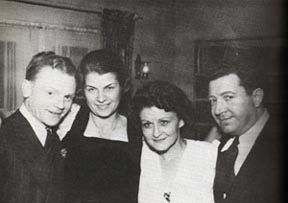 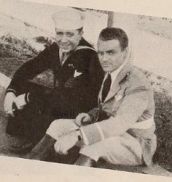 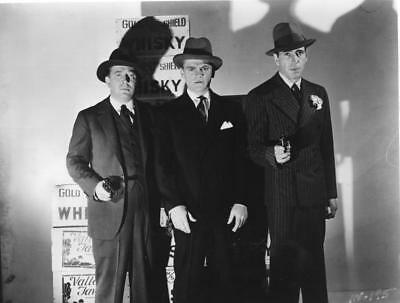 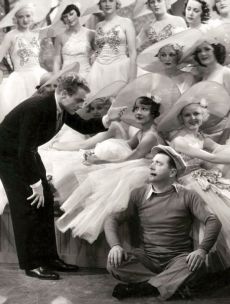 During World War II, McHugh was part of the Hollywood Victory Caravan. The caravan was comprised of 21 film stars who traveled the country by train in order to perform and raise money for the Army and Navy Relief Society. He went on to perform as part of additional USO tours internationally, including a show he created called “McHugh’s Revue.” McHugh was honored by the U.S. Army for his work with the USO. 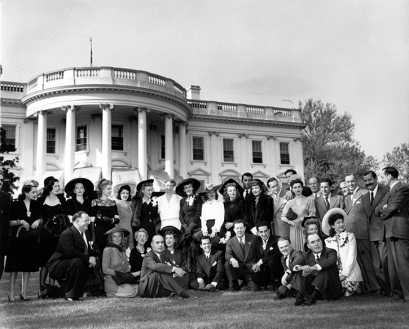 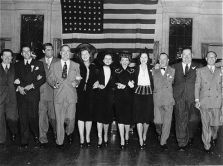 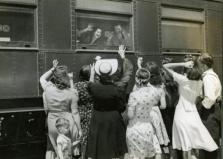 Over time, McHugh worked on radio in Phone Again, Finnegan in the 1940s and Hotel for Pets during the 1950s. From 1964-65, he appeared regularly on The Bing Crosby Show as Willis Walter, a live-in handyman character. His last film role was in Easy Come, Easy Go (1967), starring Elvis Presley.

McHugh passed away at Greenwich Hospital in Connecticut on September 11, 1981, at age 83. He and his wife are buried in the Spencer family plot at Fairview Cemetery, located in West Hartford, Connecticut. 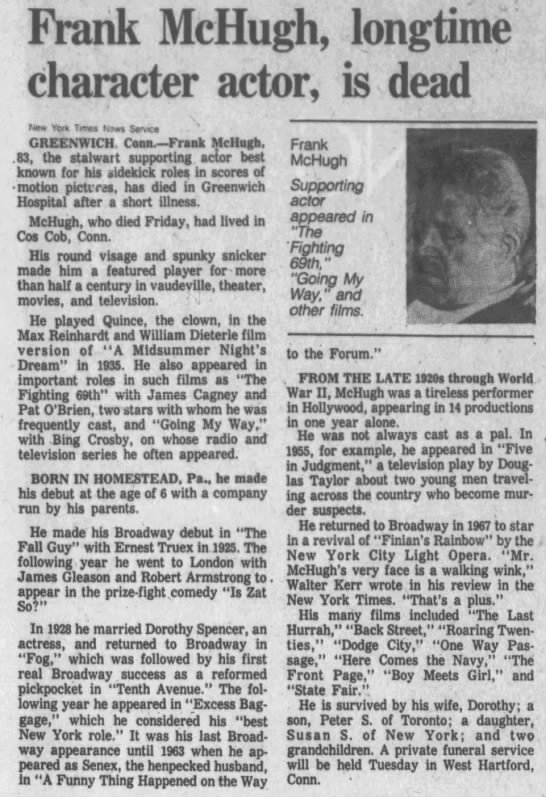 His childhood home on Locust Alley in Homestead, Pennsylvania, no longer stands. His apartment in 1930, located at 446 Yucca St. in Los Angeles, California, has also been razed.

In 1940, McHugh resided at 4200 Navajo St. in Toluca Lake, California, with his family and their Czechoslovakian maid, Anastasia Vorick. Here is the property today: 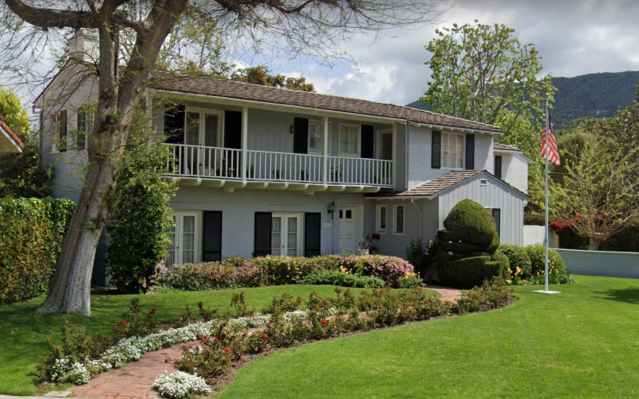 By 1965, McHugh was living at 8 White Birch Ln. in Cos Cob, Connecticut, part of the town of Greenwich. The property is located in a peaceful, wooded area. 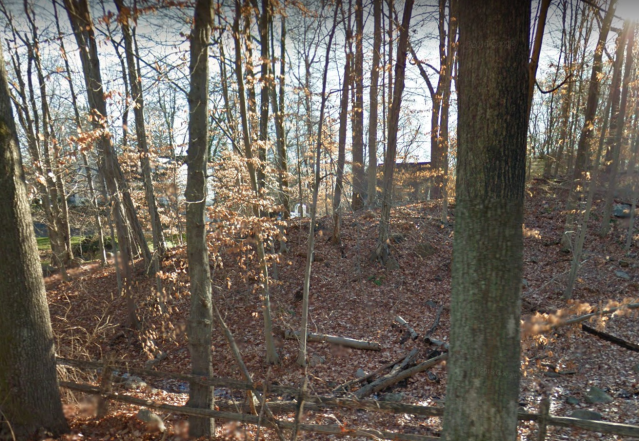 Today, McHugh is best remembered by film fans for the joy he brought through the many cheery characters he played.