Posted on November 12, 2019 by Annette Bochenek 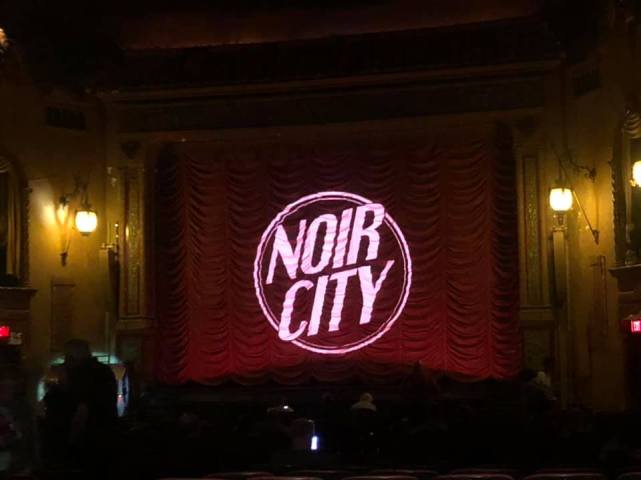 After an exciting opening night and a wonderful double feature, it was time to experience the second day of Noir City Chicago. This day included a special meet and greet with TCM Host Eddie Muller, in addition to a screening of the Film Noir Foundation’s latest restoration–Trapped (1949).

Via TCM Backlot, I was able to secure a group meet and greet with Eddie Muller and fellow members of the Windy City Film Fanatics–Friends of TCM group in the lounge area of the Music Box Theatre. The event was casual and Muller’s conversational style shone through as he addressed questions from attendees and related several anecdotes in relation to various film noirs and key figures.

When asked about the greater context and goal of film noir, Muller reflected upon them as a means of cautioning audiences.

“They were also like warning shots telling people, ‘This is what can go wrong.’ And obviously we didn’t pay attention,” said Muller. “Now, people watch them and thing, ‘Oh, that was wonderful. Back then when the possibility existed that you could commit a crime and maybe at the end either you’re going to die or there was going to be some kind of redemption. It was all so much simpler then.”

Moreover, Muller also argued for the importance of stylistic elements of film noir in addition to major changes in the types of roles being sought by top stars of the day.

“There was no economic reason to make these movies–it was just the artists saying we want to do this,” said Muller. “And thanks to Billy Wilder and Double Indemnity, it made money. He talked big stars into playing murderers in films and that kind of changed everything. They don’t get away with it. They never get away with it in the movies–that’s kind of important. But also, everything changes–the way that films were shot, the actors suddenly wanting to play the bad guys. ”

Of course, the question of censorship came up as an issue. With stars actively seeking roles that portrayed them as evil or immoral, the censors found themselves having to address this issue and actively restricting creative content until it was deemed appropriate for public viewing.

“The censors were never happy,” said Muller. “This became a game for the artists to see what they could get away with because everything had to go past the Production Code. There were writers, in particular, who were really, really good at writing around the Code. That was Dalton Trumbo’s specialty.”

In many cases, the writing in film noirs is succinct and pessimistic. However, in others, Muller feels that the film goes on when the actual story itself has ended. While this may be the case, Muller feels that good writing is sometimes overlooked by modern standards.

“I don’t know that a lot of directors today can identify good writing,” said Muller. “To them, good writing is something that gives them a great scene to shoot. But does it actually advance the story? Does it explain who the characters are?”

Muller also offered his thoughts about the enduring appeal of film noir.

“Thematically, that is something we can relate to but also visually the films have never lost their appeal,” said Muller. “They are still so evocative and striking to look at.”

After the meeting with Muller, our group headed into the theater to enjoy Trapped. The film was introduced by Muller and has been celebrated at various iterations of Noir City for being the latest restoration project of the Film Noir Foundation. Thanks to the Foundation’s partnership with UCLA Film & Television Archive and grant funding assistance from the Hollywood Foreign Press Association’s Charitable Trust, modern audiences have been able to view this gem.

Not only is the film a shocking story of twists and turns but it also features actress Barbara Payton–a woman led a dramatic and unfortunate life that, frankly, also could make for quite a film. Trapped is also a rare gem because it is a film produced by Eagle-Lion Pictures, which had a short lifetime and fewer releases in comparison to other studios producing noirs. 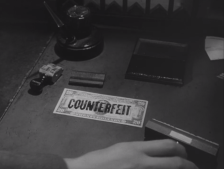 Overall, Trapped offers strong performances by both Lloyd Bridges and Payton but it is Payton who captured my interest most in terms of her portrayal of the complicated Meg Dixon. The film served as my introduction to Payton’s filmography and I am happy to see that this film was newly restored and preserved. Her work will no doubt continue entertain many more generations of film noir fans.

I left my second day of Noir City Chicago inspired by viewing the restoration of this film and excited to continue my exposure to noir films.