Posted on September 5, 2019 by Annette Bochenek 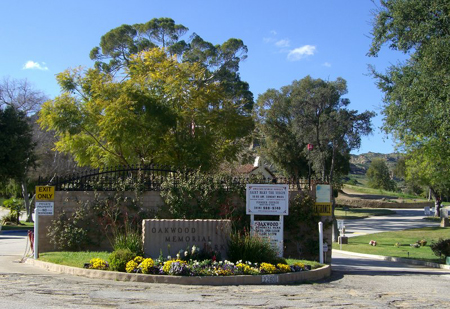 Oakwood Memorial Park Cemetery may not come off as a top tourist destination near Los Angeles when it comes to cemetery visits. Nonetheless, its peaceful grounds are worth visiting in addition to paying respects to dancing legends and other classic cinema stars. While there are not a great deal of classic cinema greats buried here, the caliber of the few individuals here is noteworthy. As for my interests, I wanted to pay my respects to classic cinema’s greatest dancing partnership: Fred Astaire and Ginger Rogers. 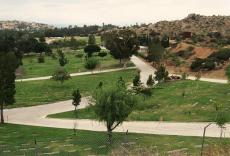 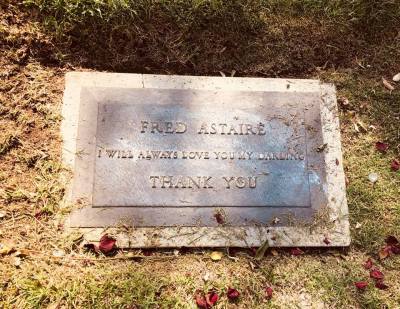 Fred Astaire
(May 10, 1899 – June 22, 1987)
Born Frederick Austerlitz. An American dancer, singer, actor, choreographer, and television presenter. He is widely considered the most influential dancer in the history of film.

Ginger Rogers
(July 16, 1911 – April 25, 1995)
Born Virginia Katherine McMath. An American actress, dancer, and singer. She is known for her starring role in Kitty Foyle (1940), but is best remembered for performing in RKO’s musical films (partnered with Fred Astaire) on stage, radio and television, throughout much of the 20th century. 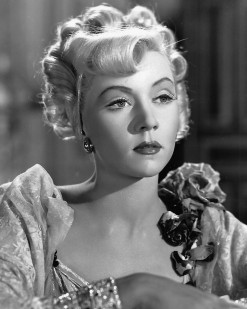 Gloria Grahame
(November 28, 1923 – October 5, 1981)
Born Gloria Grahame Hallward, known professionally as Gloria Grahame. An American stage, film, and television actress and singer. She began her acting career in theatre and in 1944 made her first film for MGM. Despite a featured role in It’s a Wonderful Life (1946), MGM did not believe she had the potential for major success, and sold her contract to RKO Studios. Often cast in film noir projects, Grahame was nominated for an Academy Award for Best Supporting Actress for Crossfire (1947), and later won the award for her work in The Bad and the Beautiful (1952). She achieved her highest profile with Sudden Fear (1952), Human Desire (1953), The Big Heat (1953), and Oklahoma! (1955), but her film career began to wane soon afterwards.

If you are looking to explore beyond the Los Angeles area, I would recommend the drive to Chatsworth to visit this location.