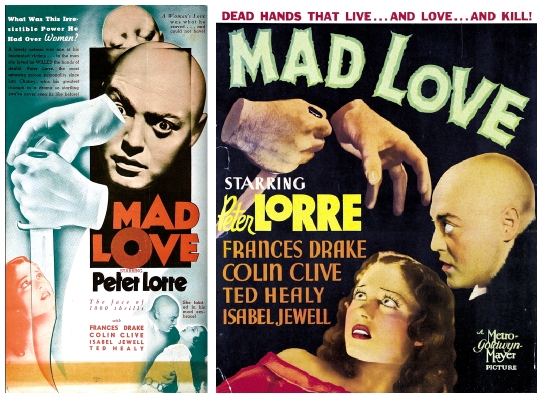 “I have conquered science! Why can’t I conquer love?” –Peter Lorre as Doctor Gogol

There are so many talented stars who made their mark upon the horror genre, with Peter Lorre shining as one of the most iconic horror stars. Possessing a distinct voice and manner of speaking as well as large eyes and a small stature, Lorre offered a commanding albeit poetic presence in many films.

Mad Love (1935) tells the story of an actress named Yvonne Orlac who has completed her run at the Theatre des Horreurs in Paris, France. Looking forward to spending more time with her pianist husband, Stephen Orlac, she is unaware of the fact that Dr. Gogol is obsessed with her and has seen each of her performances. Her departure is jarring to Gogol, who decides to purchase a wax figure of her character. Naming it Galatea, after the Greek myth about an ivory statue that comes to life, Gogol has the statue delivered to his home.

While traveling, Stephen finds himself on a train with a murderer named Rollo the Knife-Thrower, who is to be executed by guillotine. Tragically, the train crashes and Stephen’s hands are mangled. Gogol witnesses Rollo’s execution. Though Rollo is gone, his hands live on, as Gogol transplants Stephen’s wounded hands with Rollo’s.

Though Gogol continues to dream of Yvonne being his love, a new problem arises: Stephen’s new hands are no longer inclined to play the piano–rather, they are poised to carry out a murder. As the story unfolds, various dramas and obsessions are revealed to the viewer. Much of the film is heavy and dark, with the exception of comic Ted Healy appearing as Reagan and occasionally adding in macabre humor to this haunting tale.

The film was the last directorial assignment for Karl Freund as was produced by John W. Considine Jr. Based upon the 1920 novel Les Mains d’Orlac by Maurice Renard, the story was adapted for the screen by John L. Balderston and Guy Endore. Cinematography was conduced by Chester A. Lyons and Gregg Toland, with music by Dimitri Z. Tiomkin. THe film was distributed by Metro-Goldwyn-Mayer.

Initially, Lorre came to Hollywood to carry out a lead role in Crime and Punishment (1935). Due to delays in production, MGM had him star in Mad Love in the meantime, which became his American film debut. Once Balderston reviewed the dialogue with Lorre in mind, he also encouraged Lorre to draw from his character in M (1931) while performing Gogol.

Mad Love‘s filming was completed one week over schedule, with MGM cutting roughly fifteen scenes from the film. Some of the removed scenes include a surgery to get Rollo’s hands, a pre-credit warning scene, and all scenes that developed a character named Marianne. 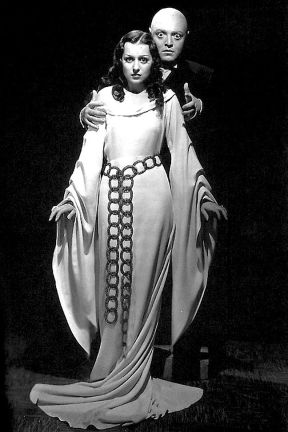 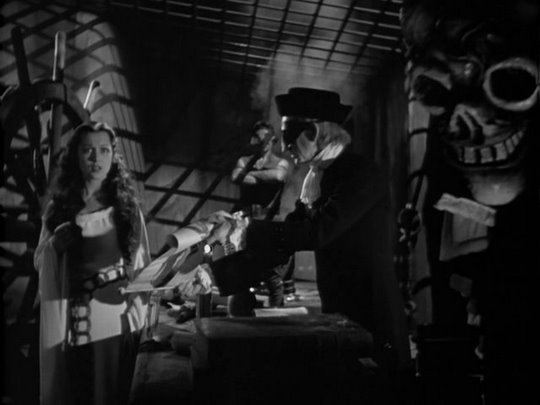 When the film was released, it garnered a small profit and received largely negative reviews as a whole. Though critics were pessimistic about the film and much of the cast, the vast majority of critics did, however, praise Lorre’s performance in the film.

Over time, the film has received more favorable criticism and its rating among modern audiences has increased. Regardless of how enjoyable one finds the story or film as a whole, Lorre’s eerie performance and devotion to his melancholy character is not to be missed.