Posted on January 1, 2018 by Annette Bochenek

“And I’m grateful, too, to have been in a business in which you can work as long as you can walk.” –Una Merkel

Una Merkel may aptly be labeled as Hollywood’s Best Friend. Throughout her colorful career as a character actress, she supported many leading film personalities. From working with the likes of Gish to Presley, chances are you may have seen her face before. 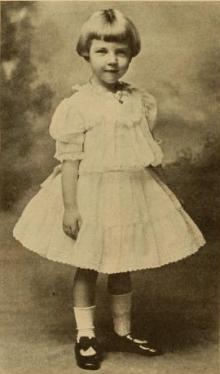 Merkel was born in Covington, Kentucky, as a lifelong, practicing Methodist, and would eventually become a stage, film, and television actress. It was her resemblance to Lillian Gish that kicked off her career in Hollywood, as she entered the industry as a stand-in for some of Gish’s films. She stepped in for Gish in Way Down East (1920), The White Rose (1923), and The Wind (1928). While Merkel appeared in a few more silent films, she spent the bulk of her time working on Broadway.

However, Merkel gained greater success upon her return to Hollywood during the initiation of talkies. One of her first few talkie roles was in D. W. Griffith’s Abraham Lincoln (1930). Yet, instead of cultivating a career as a leading lady, Merkel largely portrayed supporting roles throughout the 1930s. She starred alongside Jean Harlow, Myrna Loy, Eleanor Powell, Dorothy Lamour, Ruby Keeler, Carole Lombard, and Loretta Young, just to name a few.

Merkel possessed looks akin to that of a Kewpie doll, and possessed a uniquely southern accent that paired nicely with snarky line delivery. While her characters do not often deviate from maintaining these characteristics, her method worked well throughout her career. In short, she was a perfect supporting cast member to just about any plot. It was not atypical for her to be featured in as many as twelve films per year.

Her roles were not limited to supporting leading ladies alone. Among other parts, she can be seen as Sam Spade’s secretary in The Maltese Falcon (1931), or accompanying comedians like Jack Benny, Harold Lloyd, and Charles Butterworth in some of their motion picture endeavors.

Merkel was also no stranger to the musical genre, taking on the role of a wisecracking Navy wife in Born to Dance (1936) or a street-smart chorus girl, for example. In 42nd Street (1933), Merkel and a pre-Fred Astaire Ginger Rogers act as comic relief throughout the film, while singing Harry Warren’s tunes and dancing Busby Berkeley’s kaleidoscopic choreography.

Perhaps a more notorious appearance for Merkel is in the Western film, Destry Rides Again (1939). Destry happened to be part of an amazing slew of films in what is arguably Golden Age cinema’s most marvelous year. In this film, Merkel and Marlene Dietrich have an iconic cat-fight. Though it looks especially rough on screen, Dietrich and Merkel would whisper, “Are you alright?” to one another throughout the shooting of that scene.

Merkel’s career plateaued in the 1940s after a role in The Bank Dick (1940), as she transitioned into portraying characters within much smaller productions. It is also at this point that her life took a turn for the darker, as she inadvertently almost died at the hands of her mother on March 5, 1945. Merkel and her mother were sharing an apartment in New York City at this point, when Merkel’s mother turned on five gas jets in the kitchen in an effort to commit suicide. Merkel’s mother had apparently stuffed pillows around Merkel’s door in order to shelter her from the gases, but it was a failed effort. Merkel’s mother was found dead, while Merkel was found unconscious in her bedroom.

Almost seven years to the day, on March 4, 1952, Merkel overdosed on sleeping pills. Merkel was found unconscious by a nurse, and would remain in a coma for one day as she healed.

Merkel, however, made somewhat of a comeback in the late 1950s, playing a middle-aged mothers or maiden aunts. In 1956, she won a Tony Award for her Broadway role in The Ponder Heart. She returned to MGM in 1959 as Debbie Reynolds’s mother in The Mating Game, and was soon nominated for a Best Supporting Actress Academy Award for her role in Summer and Smoke (1961). Merkel also appeared as a housekeeper in The Parent Trap (1961) and would close her film career with a role opposite Elvis Presley in Spinout (1966).

Merkel died from undisclosed causes in Los Angeles on January 2nd, 1986. She passed away at the age of 82. Her burial was met with few mourners and little fanfare. When her body arrived via plane from Los Angeles, it was brought immediately to the cemetery. Prior to her passing, Merkel was in her hometown when she buried her father, Arlo, in 1969. Merkel knew she would not return until her own passing had occurred. 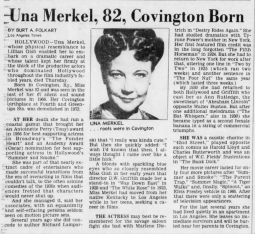 Once her service came, three of her friends from her Covington days paid their respects. Rev. Ted Nicholas briefly eulogized her. The only celebrity to send her flowers was Jackie Gleason. His bouquet featured 50 red carnations along with baby’s breath, in addition to a card that read, “In Loving Memory, To Una From Jackie.”  Merkel is buried near her parents in Fort Mitchell, Kentucky. 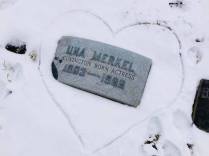 While Merkel’s birthplace was demolished in the 1970s, some more recent tributes to Merkel can be seen around town. 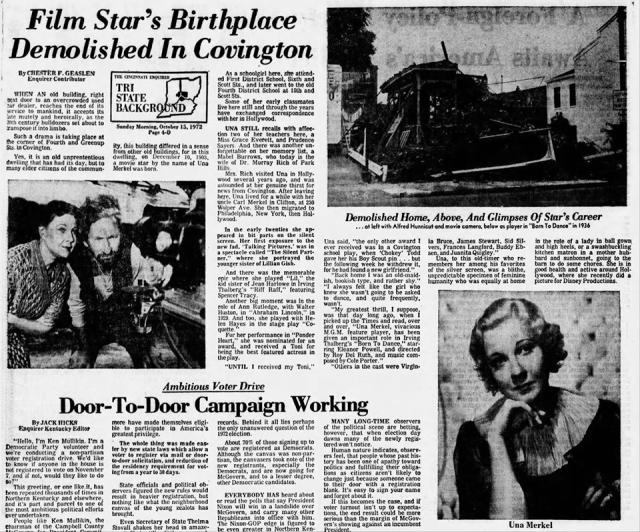 Lining Covington’s Goebel Park, Merkel’s hometown erected a historic marker in her honor, in addition to markers that honor other individuals from the area. The park is located at 501 Philadelphia St. in Covington. 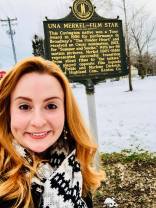 In September 2016, the town also dedicated a mural to Merkel. The mural is in a tunnel next to The Arcade and Klingenberg Hardware at 26 W. Seventh St. in Covington.

From a start as a stand-in to working with some of Hollywood’s greatest names, Merkel’s face, if not her name, is extremely noticeable to Golden Age film fans. And no matter what the plot or what crazy situation a lead actor may face, one can always count on Merkel to offer a wry quip with that style that is so uniquely Una.

This post is part of Once Upon a Screen, Paula’s Cinema Club, and Outspoken and Freckled’s Blogathon, entitled, “What a Character!” To access more information and read accompanying posts, please click on the following picture: