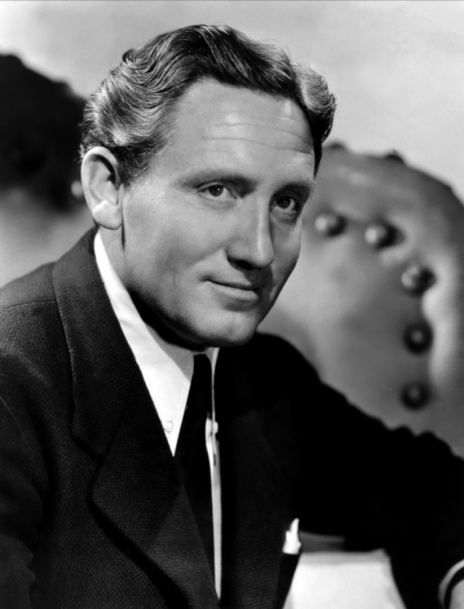 “The kids keep telling me I should try this new ‘Method Acting’ but I’m too old, I’m too tired, and I’m too talented to care.” –Spencer Tracy

Katharine Hepburn and Spencer Tracy are one of the most notable on-screen duos in classic cinema. They could easily handle comedy and drama, and were both fantastic actors in their own rights. While Hepburn hailed from Connecticut, Tracy was born in Milwaukee, Wisconsin.

Spencer Bonaventure Tracy was a difficult and overactive child with sporadic school attendance. His mother came from a wealthy Presbyterian family, while his father was Irish Catholic and worked as a truck salesman. Tracy also had a brother named Carroll, who was four years older than him. Tracy was raised Catholic and educated by Dominican nuns. He conceded to learning because he wanted to be able to read movie subtitles, and movies fascinated him immensely. Tracy would view certain films frequently so that he could reenact some of the scenes with his friends.

Tracy attended several schools in the Milwaukee area, which included Trowbridge Elementary School, among several others.

As a teenager, Tracy attended several Jesuit academies and his grades improved. He later attended Marquette Academy, where he met future actor Pat O’Brien. The two started attending plays together, causing Tracy to develop an interest in theater.

Spencer, his mother Caroline, and Carroll

Tracy enlisted in the Navy when he turned 18 and was stationed at Naval Station Great Lakes in North Chicago. He was still a student when World War I ended, and was discharged when he achieved the rank of seaman second class. Tracy returned to high school to finish his degree. In 1921, Tracy enrolled at Ripon College with the intent to study medicine. 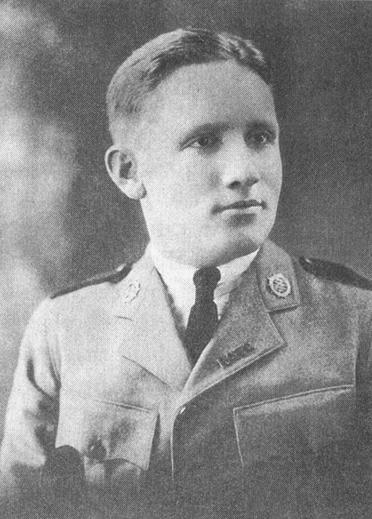 At Ripon, Tracy was active in various school organizations and served as president of his hall. He was part of Theta Alpha Phi (theatre), Alpha Phi Omega, Eastern Debate Team, Phi Kappa Delta (Debate Honor Society), and the All College Prom Committee. Moreover, he was voted cleverest and most talented, and tied with a peer for most popular. He made his stage debut as the male lead in The Truth and was well received in the role. Tracy organized an acting company with his friends, called “The Campus Players” and went on tour. At Ripon, Tracy also performed in The Valiant (1921) as the prisoner; The Great Divide (1921) as Phillip; and in Sintram of Skaserack (1922) as Sintram. While touring with the debate team, Tracy auditioned for the American Academy of Dramatic Arts in New York City (AADA), where he was offered a scholarship after performing a scene from one of his previous roles.

Tracy began classes at AADA in 1922 and made his New York debut in The Wedding Guests. Three months later, he made his Broadway debut in R.U.R. and graduated from AADA in 1923. Tracy struggled in stock companies until his career took a positive turn when he partnered with actress Selena Royle. In 1926, Tracy was cast in the George M. Cohan play Yellow, and Cohan lauded Tracy’s acting skills. Cohan wrote a part just for Tracy in his hit play The Baby Cyclone.

When the stock market crashed, Tracy considered abandoning the theater for a more stable life in Milwaukee, since many plays were closing. However, Tracy was offered a dramatic role in The Last Mile, which proved to be a hit. At the same time, actors from Broadway were being scouted for Vitaphone shorts. Tracy was scouted by director John Ford, who saw The Last Mile. Though Tracy was content working on stage, he was married at this point and had a son who was deaf and recovering from polio. His financial woes led him to sign with Fox and move to California.

At Fox, Tracy was typecast in comedies and appeared in mostly unpopular films. Though Tracy received some attention for his role in The Power and the Glory (1933), his next few films were unremarkable to critics. He began to struggle with alcoholism and his contract with Fox was terminated by mutual consent. His 25 films for Fox mostly lost money at the box office.

Nonetheless, MGM’s Irving Thalberg expressed interest in Tracy. His first film under the new contract was the quickly produced The Murder Man (1935), which also happened to be James Stewart‘s feature film debut. Thalberg began to strategically feature Tracy with MGM’s key actresses in order to build up his name, though Tracy did not receive top billing for these. Rather, Fury (1936) was the first film that demonstrated Tracy’s success as a lead actor. His next film, San Francisco (1936), was the highest grossing film of 1936. His public reputation grew with Libeled Lady (1936), starring Tracy alongside William Powell, Myrna Loy, and Jean Harlow.

Tracy soon became an established actor, carrying out memorable roles in Boys Town (1938), Dr. Jekyll and Mr. Hyde (1941), and Father of the Bride (1950), just to name a few. He also appeared in nine films with Katharine Hepburn, which included Woman of the Year (1942), Keeper of the Flame (1943), Without Love (1945), The Sea of Grass (1947), State of the Union (1948), Adam’s Rib (1949), Pat and Mike (1952), Desk Set (1957), and Guess Who’s Coming to Dinner (1967). Tracy and Hepburn began a relationship while working on their first film, though Tracy never divorced his wife. His wife, Louise, stated that she would be Mrs. Spencer Tracy until the day she died. Tracy claimed that he could get a divorce whenever he wanted to, but he and Hepburn were content with the current arrangement. Hepburn never fought for marriage.

SPENCER TRACY & KATHARINE HEPBURN Film ‘ADAM’S RIB’ (1949) Directed By GEORGE CUKOR 18 November 1949 SSF20356 Allstar Collection/MGM **WARNING** This photograph can only be reproduced by publications in conjunction with the promotion of the above film. For Editorial Use Only

Tracy was nominated for nine Academy Awards for Best Actor, and won it consecutively twice. When Tracy was working on Guess Who’s Coming to Dinner (1967), he informed the press that this would be his last film. Tracy was in poor health and could only film for a few hours each day. Seventeen days after filming his final scene in the film, Tracy died of a heart attack.

Today, Milwaukee possesses a few tributes and location that were of relevance to Tracy. Spencer’s childhood home address was 3003 St Paul Ave., in Milwaukee, Wisconsin. Here is the property today: 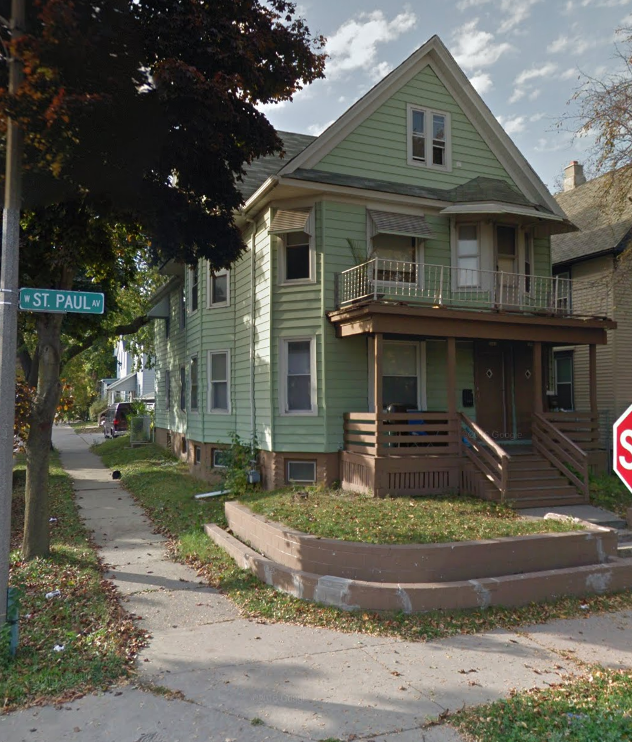 Trowbridge Street Elementary School is located at 1943 E Trowbridge St., Milwaukee, Wisconsin. I spoke with Principal Tom Matthews, the current principal of Trowbridge, and he shared that Tracy was asked to leave Trowbridge due to issues with behavior, as was the case for him with several other schools. In fact, when asked about his education, Tracy often joked that he had one of the best schooling experiences since he attended “all of them!” His family supposedly lived kitty-corner to the school at one point. The school continues to display a plaque that documents Tracy as a notable alum.

Ripon College continues to exist as a university today, located 300 Seward St. in Ripon, Wisconsin. Tracy received an honorary degree from Ripon in 1940 in front of the college library. 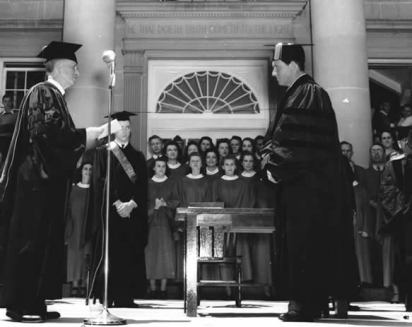 If you are ever in the Milwaukee area, I would highly encourage you to walk in the footsteps of Tracy throughout this historic city.

This post is part of In the Good Old Days of Classic Hollywood’s Blogathon, entitled, “The Spencer Tracy & Katharine Hepburn Blogathon.” To access more information and read accompanying posts, please click on the following picture: 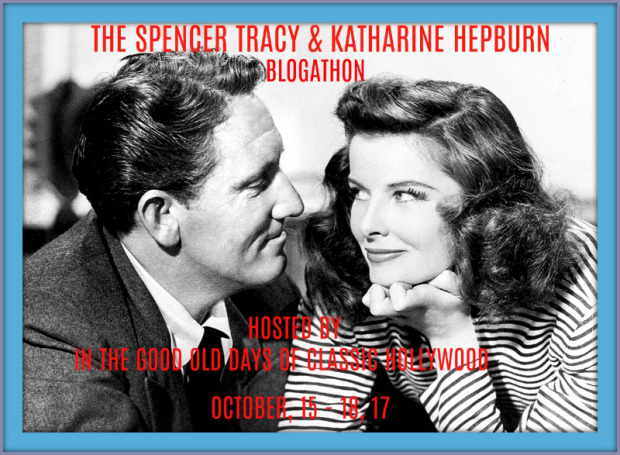