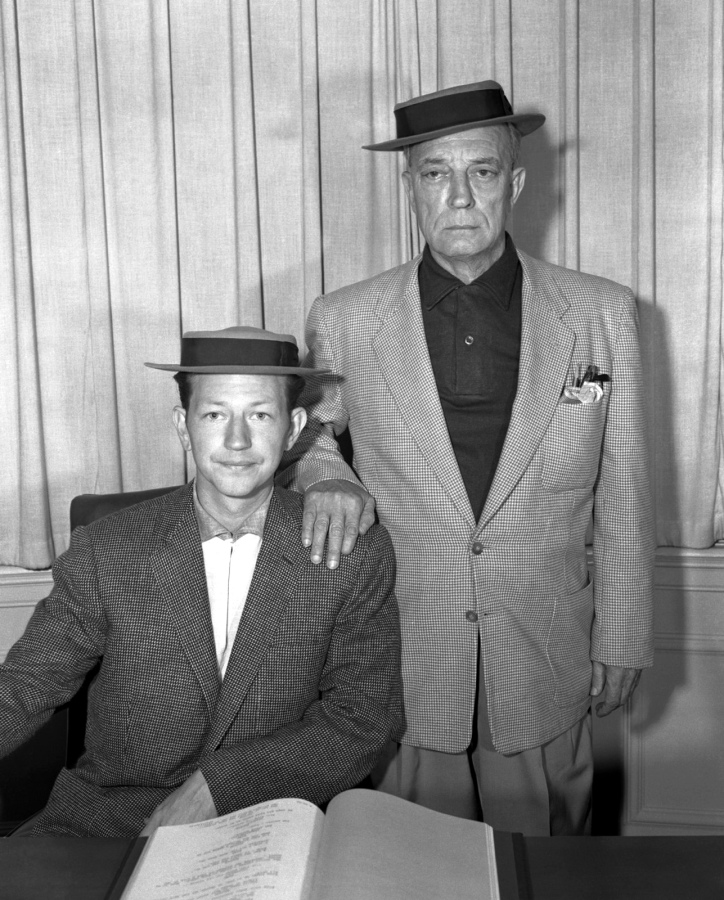 1956: His life in His Hands. Veteran comic Buster Keaton meets up with Donald O’Connor who will be starred in Paramount’s “The Buster Keaton Story.” Yes, Donald will be Buster in the motion picture biography, to highlight many incidents in the life and career of the funster. Buster will be on hand to be sure that Donald does a realistic job of the role, for he’s been hired as technical advisor.