“I do not want to be an emotional actress. I want to act comedy–nothing but comedy–no tears, no tragedy, no heartaches. I want to laugh and make others laugh.” –Alice Brady

While many stars of the silent screen struggled to transition into the Sound Era, Alice Brady’s career stands as one of the success stories. After proving her acting abilities on the stage, Brady would soon make her mark upon cinema in silent films. Throughout her life, she would focus upon remaining active in her profession and seeking roles that were of interest to her.

Alice was actually born Mary Rose Brady in New York City on November 2, 1892. Her father, William Aloysius Brady, born in California, worked as a theatrical producer on Broadway. Brady’s mother, Rose Marie Rene, was born in France but passed away four years after Mary Rose’s birth. William and Rose Marie also had another child–William A. Brady, Jr., who passed away as a toddler and was Mary Rose’s younger brother. Three years after Rose Marie’s death, William remarried to actress Grace George. Another William A. Brady, Jr. was born, making him Mary Rose’s half-brother.

As the years went on, Brady grew interested in the performing arts and envisioned herself becoming an actress. She studied at the Convent of St. Elizabeth in New Jersey, as well as at the New England Conservatory of Music. Though she trained for an operatic career, she pursued acting–to the objection of her father. She made her Broadway debut on the stage, carrying out a minor role in The Mikado. 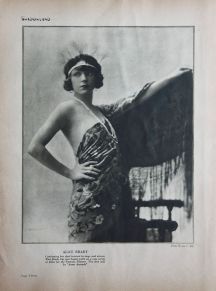 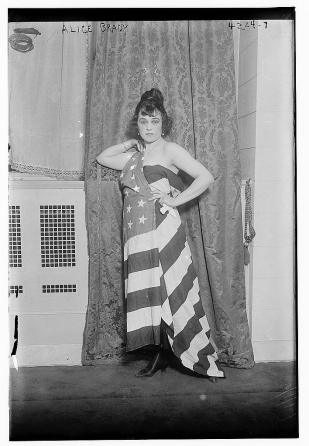 Brady’s time working in the theater allowed her to perform alongside other highly regarded actors, including a performance of A Thief for a Night. The show enjoyed a run at McVicker’s Theatre in Chicago and included both herself and John Barrymore in 1913. By 1914, she had completed a national tour with DeWolf Hopper’s Gilbert and Sullivan opera company. Brady would also continue performing steadily for the next 20 years in shows produced by her father.

Though Brady’s father made a name for himself as a theatrical producer, the film industry was continuing to grow–especially in New York. Recognizing the potential to further his career, Brady’s father transitioned to film production and presentation with the World Film Company, organized in Fort Lee, New Jersey.

Brady married actor James Lyons Crane in 1919. The couple appeared in three silent films together, which included His Bridal Night (1919), Sinners (1920), and A Dark Lantern (1920). Their marriage produced one son named Donald. They divorced in 1922. 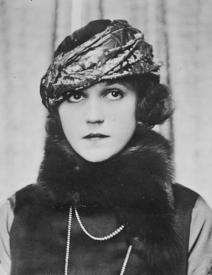 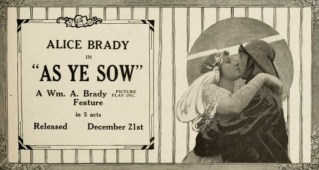 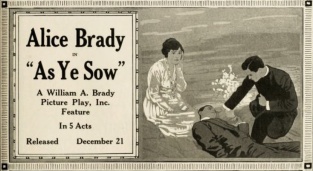 In 1923, Brady ceased appearing in films to return to acting on stage. There, she secured a role in the hit Broadway show Forever After in 1918, following the performance with additional successful shows. Some of her stage credits included Zander the Great, The Bride of the Lamb, and Mademoiselle. She also appeared in Mourning Becomes Electra with Alla Nazimova. 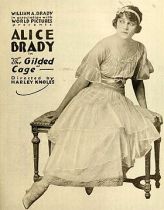 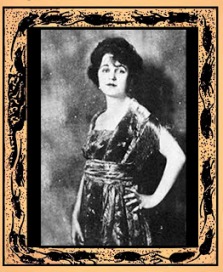 Brady would not return to films until 1933. Upon relocating to Hollywood, she appeared in When Ladies Meet (1933) for MGM. The film would mark her first role in a talking picture. From that point onwards, she worked in films with frequency.

In 1936, she worked in the film My Man Godfrey (1936), alongside Carole Lombard and William Powell. Her appearance as a maternal socialite earned her a nomination for the Academy Award for Best Supporting Actress. In the film In Old Chicago (1937), Brady portrayed the character of Mrs. Molly O’Leary, which secured another Academy Award nomination in the same category. She also appeared in many other films, including The Gay Divorcee (1934), Gold Diggers of 1935 (1935), and Three Smart Girls (1937).

Sadly, Brady’s career was cut short at the age of 46. She succumbed to cancer on October 28, 1939, five days before what would have been her 47th birthday. Her final film appearance was as Abigail Clay in the biographical drama Young Mr. Lincoln (1939). She was buried at Sleepy Hollow Cemetery in Westchester County, New York. 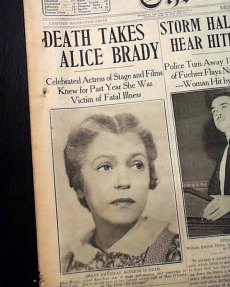 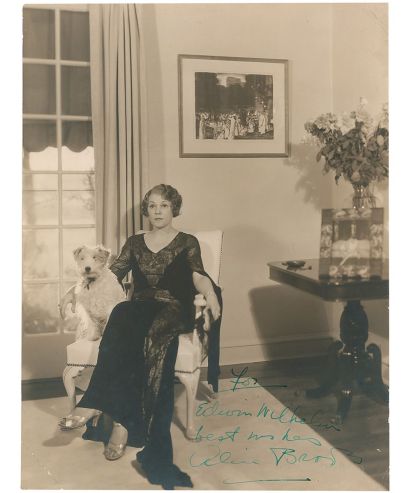 Today, few locations of relevance to Brady remain. The New England Conservatory of Music, the oldest independent music conservatory in the United States, remains at 290 Huntington Ave. in Boston, Massachusetts. 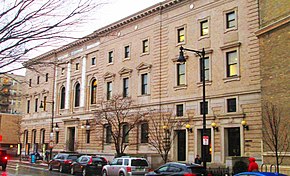 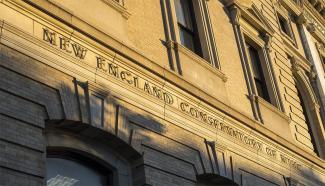 Some of her personal effects have also come up at auction, including pieces from her father’s estate. Heritage Auctions included her charm bracelets in one of its auctions. The bracelets featured the titles of some of the films in which she appeared. The auction also included a pair of fur-lined gloves that she wore as a baby, among a wide variety of other artifacts relating to her family.

According to her passport, Brady lived at 123 E. 55th St in New York City. The home has been razed and his now a synagogue.

While Brady achieved success in many stage roles, her film performances are well-documented and continue to be enjoyed by fans to this day.