The Five Acts of Diego León 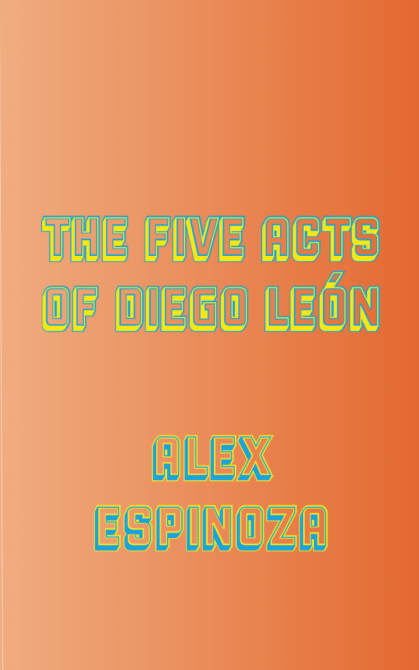 “Now there’s a great place to visit. Yes, sir. The great cities of America. New York. Chicago. Los Angeles to the west. Why, that’s one place I’d like to see, like to someday end up. Los Angeles. […] Why, it’s like paradise on earth.”
—The Five Acts of Diego León (Espinoza 97)

Hollywood has often offered an escape from the harshness of reality to moviegoers for decades. In Alex Espinoza’s second novel, The Five Acts of Diego León, the story’s main character, too, escapes a difficult reality and initiates a very different life once arriving in Hollywood. Beginning his life as a peasant boy, Diego soon builds a career as a stereotypical Latin Lover in Hollywood B-movies.

Though the novel is modern, Espinoza delves into the past in a way that is honest. Diego’s skepticism about the films is accurate and aptly voices the differences between movies and theater performances. Diego also comes across studio stars with vaudeville backgrounds, transitioning successfully from live performances to the movies.

Furthermore, the stars of the day are also included in the Hollywood which Epinoza conjures up. Diego reads trade magazines from the film industry as he meanders through the California streets–even fabled Hollywood Boulevard–and wanders past enthusiastic ads of studio stars, including “It Girl” Clara Bow:

Next to a small church, he came across a movie theater with a blinking marquee and a ticket booth. The movie playing was It. The banner stretched over the theater’s entrance featured the black silhouette of a curvy woman and, written in big, bold lettering, Diego read:

While Diego is losing hope in securing a lucrative role in the film industry, like movie magic, he eventually makes connections that lead him to begin receiving recognition. He becomes familiar with life at Frontier Pictures, in addition to the geography around him in California. His life in Mexico is swapped for the Hollywood Hills and reporting to the studio. Moreover, the studio seems to bring new worlds to him, as he strolls past backdrops depicting Rome, China, Egypt, and more.

Espinoza’s novel is highly kinetic as Diego navigates his new life. Like the film industry, very little is static and there is a clear expression of the wish to build, advance, and create an output of importance. 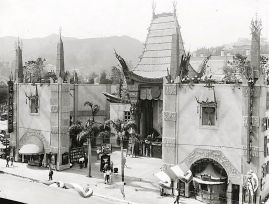 Furthermore, though Diego’s tale is fictitious, Espinoza’s use of verisimilitude makes the novel highly believable. The inclusion of existing locations–such as the Pig ‘n Whistle, Grauman’s Chinese Theatre, and the Egyptian Theatre–and actual actors of the time period breathe a strong sense of realism to the story. At the same time, the broad array of locations to enjoy add to the sense of wonder exhibited by Diego and his peers.

“‘A thing that never ceases to amaze me about Hollywood,’ Fiona said as she sipped her after-dinner coffee, ‘is that we can be in ancient Egypt one minute and then tumble into this whimsical restaurant with organ grinders and dancing pigs in the next'” (Espinoza 151).

The Five Acts of Diego León is available for purchase via LARB books.