Posted on November 26, 2019 by Annette Bochenek

My third and final day of Noir City Chicago 2019 ended with a transition in hosts and a film screening. After a busy start to the festival–and with the festival going on with its merriment without me for a few days–I was happy to revisit the festival and catch one more double feature while it was in town.

Upon Eddie Muller’s departure following the first half of the festival, writer, historian, actor, and producer Alan K. Rode stepped for the second half of Noir City Chicago. More recently, Rode authored a biography on Michael Curtiz, entitled Michael Curtiz: A Life in Film. After having seen him at Noir City Chicago 2018, I looked forward to chatting with him after the screening.

That evening, both films in the double feature were released in 1958.

The initial film of the double feature was Touch of Evil, in which Orson Welles co-starred. Behind the scenes, he also wrote and directed the film. The plot of the film becomes dark very quickly and Janet Leigh shines in her role as a more vulnerable character caught in a dangerous and unfortunate situation. While Leigh is excellent, it is Welles and a twist of events near the end of the film that make the film memorable. 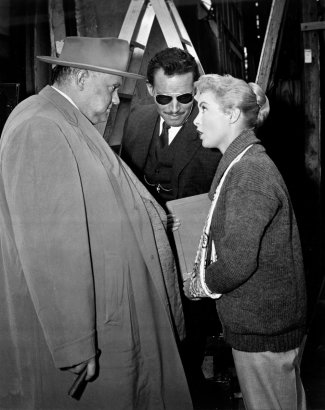 The next film that evening was The Lineup, featuring Eli Wallach. This film caught my attention since I am mostly familiar with Wallach’s work in his later years. His dramatic portrayal excellent to the point of being so heartless it is almost difficult to watch. While his character is ruthless throughout the film, here, the ending is once again both shocking and fitting. Furthermore, the footage used in the climactic moments of the film is doubly interesting as a time capsule for San Francisco in the 1950s. 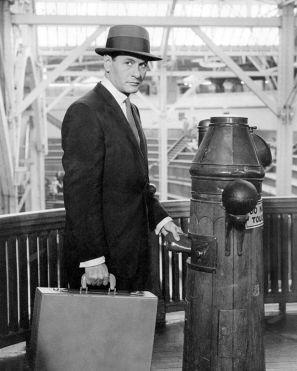 After the screenings, I enjoyed speaking with Rode in the Music Box Theatre lounge. The theater had some signature drinks made for the festival, which many attendees enjoyed. I appreciated chatting with Rode about some of our favorite films and professional endeavors. Rode is extremely knowledgeable and was so kind as to gift me with a copy of Cry of the Hunted (1953) before we parted ways. 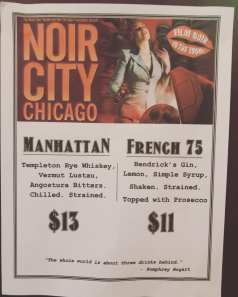 Overall, I found Noir City Chicago 2019 to be a wonderful experience. I had a great deal of fun getting to know fellow festival attendees and the fine hosts that they secured for this festival. Moreover, it is a delight to know that there is an appreciation for classic cinema closeby.