Posted on October 7, 2019 by Annette Bochenek 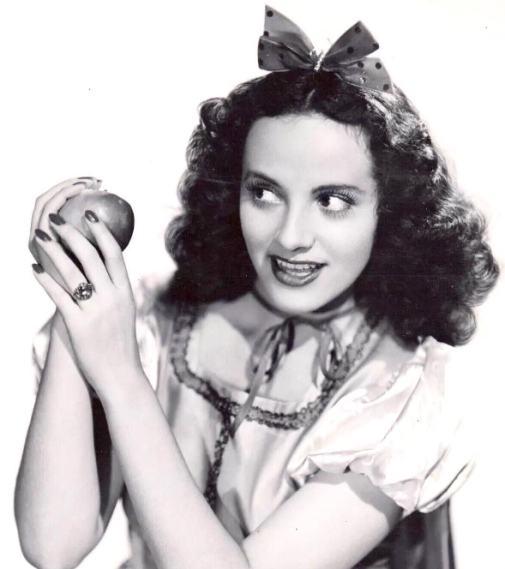 When one reflects upon voice actors and the many animated features in which they have worked, some individuals and their characters are iconic or inseparable from one another. Some vocal actors are publicly known for offering their voiceover talents and giving certain characters the change to speak. In other cases, some of these individuals and their talents went on rather unsung.

Adriana Caselotti seems to be one of those individuals who may not be remembered by name. Nonetheless, her voice is a revelation. A talented singer and performer, Caselotti gave Walt Disney’s first animated princess the gift of her voice. While this is noteworthy for her career, this move also proved to be restrictive in terms of the chance for her to grow as a professional in the entertainment industry.

Caselotti was born in Bridgeport, Connecticut, to Guido and Maria Caselotti. Her family was Italian, with her father working as a piano teacher and vocal coach, while her mother was a singer for the Royal Opera Theatre of Rome. Her sister, Louise, was also a reputable opera singer and vocal coach.

Once Caselotti turned seven, her family returned to Italy to follow her mother as she toured with the opera. During this time, Caselotti went to school at an Italian convent named San Getuli near Rome. 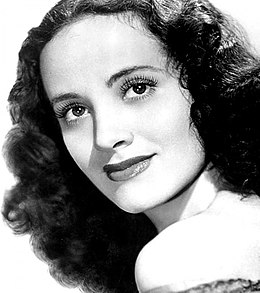 Three years later, the Caselotti family returned to the United States and took up residence in New York on Plainfield Ave. in Hempstead. There, Caselotti worked on re-learning English and studied voice with her father.

By the 1930s, Caselotti was living in California and working in films. She briefly worked as a chorus girl and singer at MGM, appearing in uncredited roles as the Dancing Doll in Naughty Marietta (1935) and as the First Peasant Girl in The Bride Wore Red (1937).

By age 18, she was hired by Disney to voice the heroine of his first full-length animated feature, Snow White for Snow White and the Seven Dwarfs (1937). Disney had just decided against Deanna Durbin for the role; he felt that her voice was too mature, despite being 14 years of age—the same age as Snow White. After auditioning over 150 singers for the role, Disney’s representative phoned Caselotti’s father to see if any of his students would be right for the role. Caselotti listened in on the phone conversation and showcased her singing talents and childlike voice over the phone and auditioned for the part. 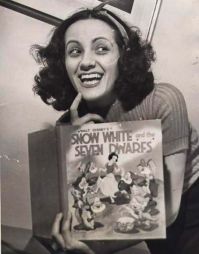 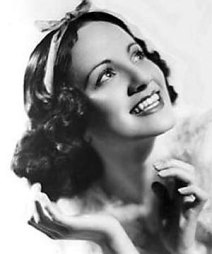 At the studio, Caselotti sang along with only a piano for her recordings, as the film’s soundtrack would be orchestrated later. “I’m Wishing” and “Someday My Prince Will Come” were essentially recorded a cappella. Caselotti was paid a total of $970 for her work on the film albeit going uncredited.

At the film’s premiere in 1937, Caselotti was surprised to learn that it was feature-length. After recording her dialogue independently, without any other vocal actors there for a more natural exchange, she initially thought that the film would be an animated short. 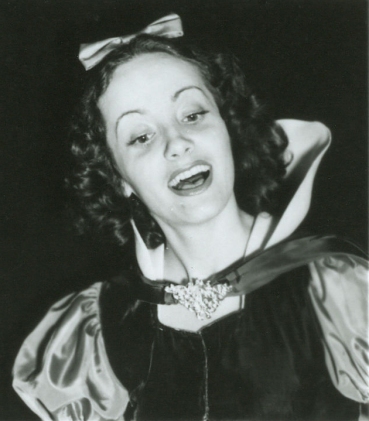 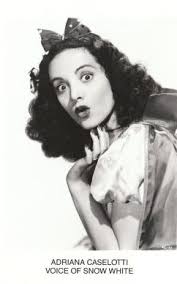 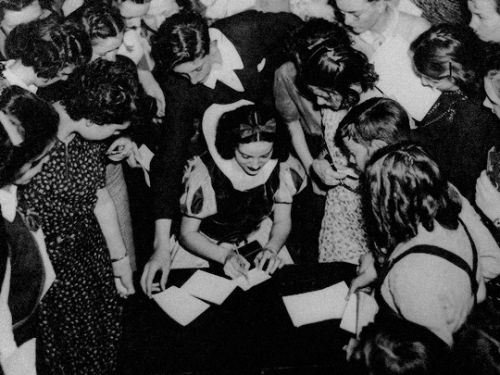 Unfortunately, Disney wanted to keep Caselotti’s voice special by having it be linked to Snow White and nothing else. As a result, he kept Caselotti to a strict contract. Aside from a fleeting moment in The Wizard of Oz (“Wherefore art thou, Romeo” during the “If I Only Had a Heart”) and in It’s a Wonderful Life (1946) (singing in Martini’s bar as Jimmy Stewart’s character is praying), she never had a real singing part in a movie again, even though she was classically trained. Her appearances on radio were also prevented by Disney. When Jack Benny asked permission from Disney to have her appear on his radio show, he was told that he would not be able to do so because Disney “did not want to spoil the illusion of Snow White.”

As the years went on, Caselotti continued singing and invested in stocks and real estate. She attempted a career in opera but did not match the success of her iconic Snow White role. She married four times (divorced twice and widowed twice) and all the while remained active in the promotion and publicity of Snow White. In fact, she lived in a home that was themed to the film, complete with a wishing well and film memorabilia from fans. Her answering machine greeting featured her singing “I’m Wishing,” and she would often greet the children of visitors by singing in her Snow White voice. Years after the release of Snow White, she tried to sue Disney for a larger portion of the film’s profits but lost. 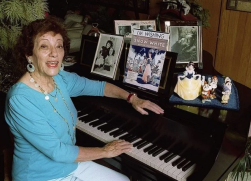 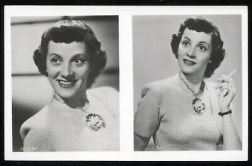 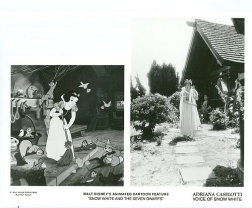 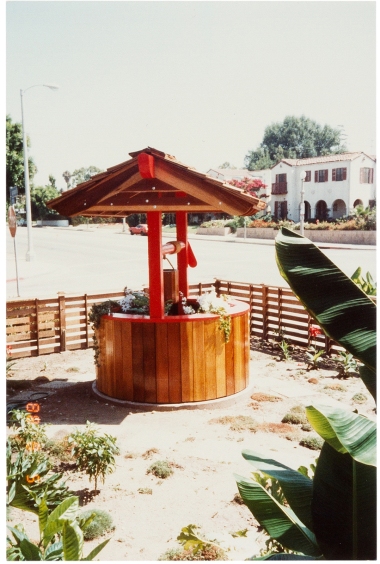 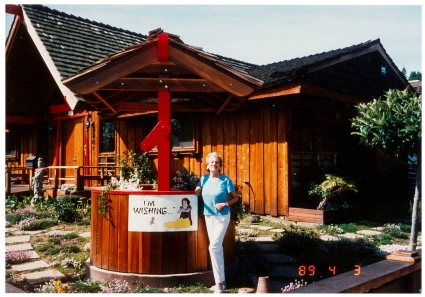 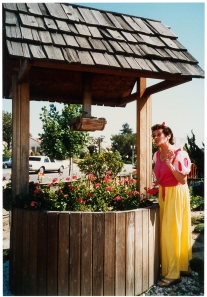 Thirty years after the initial recording sessions for Snow White, Caselotti returned to Disney Studios to record once again. This time, she offered her voice for an exhibit at the Telephone Association of Canada in Montreal, which offered children to dial a phone and have a “conversation” with their favorite Disney character. In the 1990s, she would work with the Disney Company again, re-recording “I’m Wishing” for Disneyland’s Snow White Wishing Well at the age of 75. She was named a Disney Legend in 1994.

Caselotti passed away at the age of 80 from lung cancer in her Los Angeles home.

Today, there are very few tributes to Caselotti, with far more recognition being given to the character she voiced than for herself. Her family’s 1930 home at 1340 N Douglas St in Los Angeles no longer stands. In 1940, she lived at 6864 Alta Loma Terrace in Los Angeles. Here is the property today: 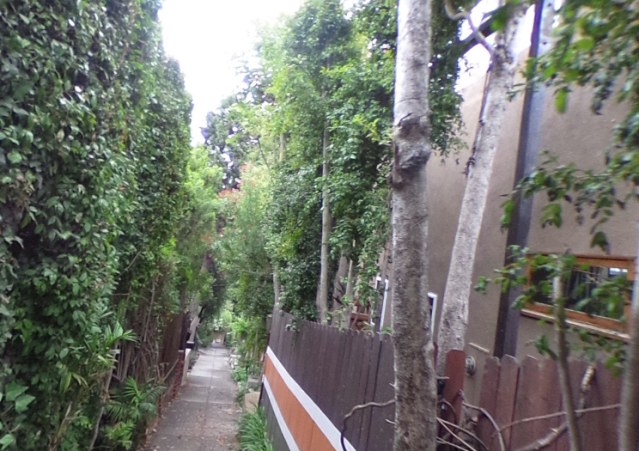 Her themed to her iconic role stands at 201 S. Larchmont Blvd. in Los Angeles. Here it is today: 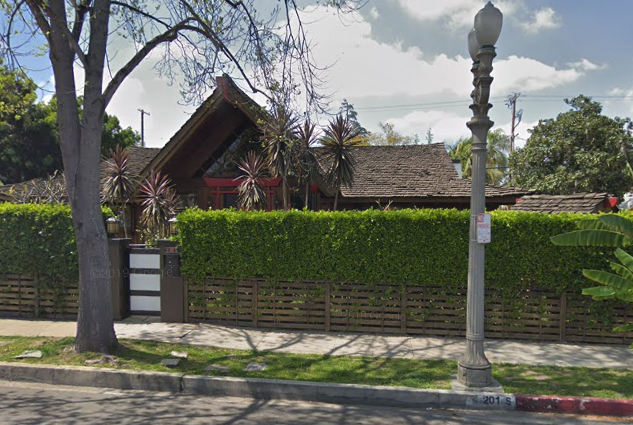 When she was honored as a Disney legend, Caselotti had a handprint ceremony. The prints would be made into a bronze cast, which is now on display at the Disney Legends Plaza at the Walt Disney Studios in Burbank. 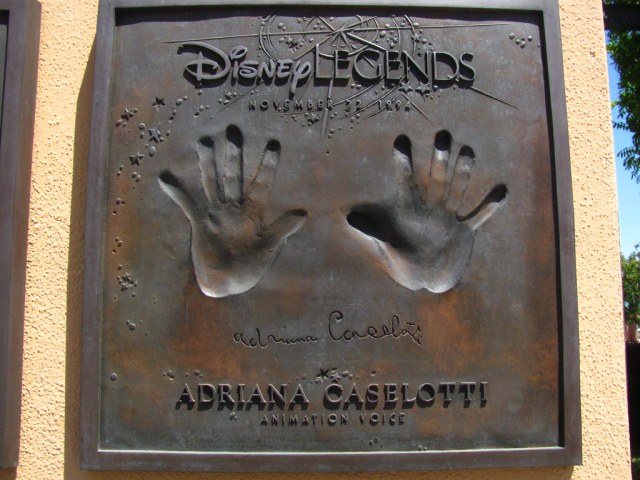 While not often recognized by her name, Caselotti’s memorable voice continues to enchant audiences to this day.