Posted on August 5, 2019 by Annette Bochenek

“What became of my money? Well, I was not used to wealth when the studios began dumping it into my lap. The dollars slipped through my fingers like sand and went to pay for automobiles, houses and one great item–clothing.” –Mae Busch

Mae Busch worked with so many Hollywood greats during her lifetime. Billed as the “Versatile Vamp” during the silent era, she also enjoyed success during the time of talkies. Throughout her career, she worked alongside the likes of Erich von Stroheim, Lon Chaney, Charley Chase, James Finlayson, and Oliver Hardy, to name a few.

While her family was touring the United States, Annie May was placed in a convent school in New Jersey. By the time she turned twelve, she became part of the family act, which was the Busch Devere Trio, working from 1903 to 1912. She performed with her mother as Mae Busch and earned positive reviews. She achieved more notice when she replaced Lillian Lorraine as the lead actress in “Over the River” with Eddie Foy on Broadway.

Having gained experience on the stage, Busch attempted to find work in Hollywood. In order to do so, she claimed that she once lived in Tahiti and was able to swim and dive. She planned to use this story to ideally be cast in The Water Nymph (1912). Unfortunately, she was injured during a dive and returned to New York. After working in the theater more, she developed a reputation for herself that led her to become a potential leading lady.

By 1915, Busch was working at Keystone Studios and appearing in comedic two-reelers. Her romantic involvement with Mack Sennett ended his engagement to Mabel Normand, who was also a friend of Busch’s. Reportedly, when Normand walked in on the pair, Busch inflicted a serious head injury on Normand by hitting her with a vase—something that audiences would often see Busch’s aggressive characters do in comedies, usually to fictitiously antagonize Oliver Hardy.

After Busch appeared in a string of films such as The Devil’s Pass Key (1920), Foolish Wives (1923), and The Unholy Three (1925), she walked out on her contract with Metro-Goldwyn-Mayer and experienced a nervous breakdown. Upon her return, she worked in supporting roles at studios such as Gotham and Tiffany.

In 1927, Busch received an opportunity that reinvigorated her career. At that point, she was offered a lead role in the Hal Roach two-reeler comedy, Love ‘em and Weep (1927), which began her working relationship with Stan Laurel and Oliver Hardy. In total, she appeared in thirteen comedies with them, often playing high-strung or shrewish women, though she did appear in more sympathetic roles. Some of her credits with Laurel and Hardy include Chickens Come Home (1931), Come Clean (1931), Their First Mistake (1932), Sons of the Desert (1933), Them Thar Hills (1934), Tit for Tat (1935), The Fixer Uppers (1935), and The Bohemian Girl (1936). Beyond 1936, most of her film roles were uncredited. 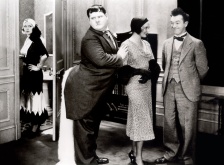 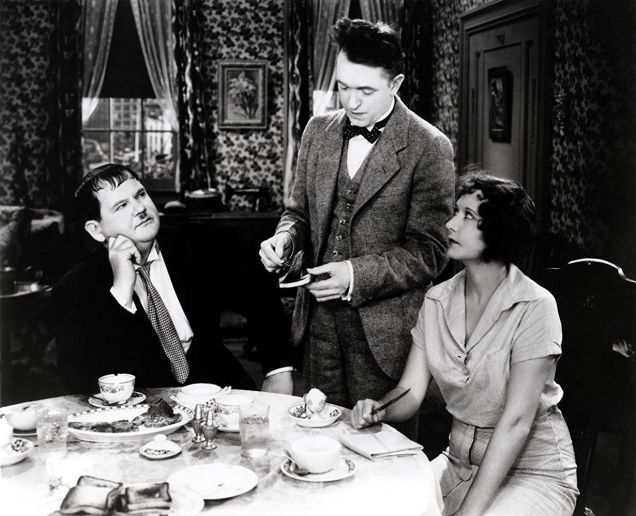 Busch appeared in roughly 130 films between 1912 and 1946, including a role in the recently-discovered feature, The Grim Game (1919), which was the first feature to star Harry Houdini.

Sadly, Busch died at the age of 54 in San Fernando Valley, at a sanitarium. She had been suffering from colon cancer and her ashes were left unclaimed.

Today, Busch has tributes in her home country of Australia. Her birthplace, located at 57 Page Street, was renumbered to 56 Page Street and stands in Melbourne, Australia. Thanks to the Sons of the Desert, an international Laurel and Hardy fan club, and its Melbourne Night Owls chapter (or tent), Busch’s home now has a plaque installed on its fence in honor of Busch.

Back in the United States, the Sons of the Desert’s Way Out West tent went through the process of claiming her ashes and paid for her interment at the Chapel of the Pines Crematory in Los Angeles. 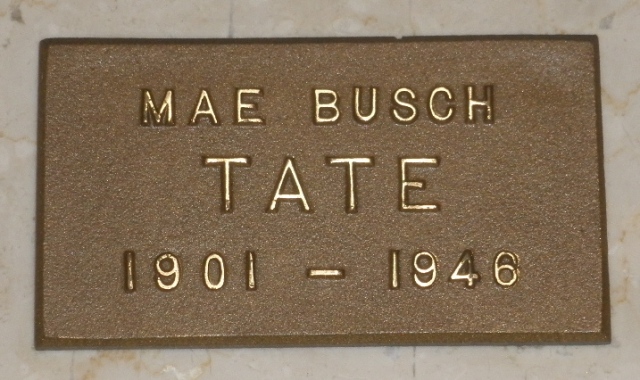 It is heartening to see that Busch’s work still resonates with film fans today, particularly with the members of the Sons of the Desert.