Posted on October 8, 2018 by Annette Bochenek 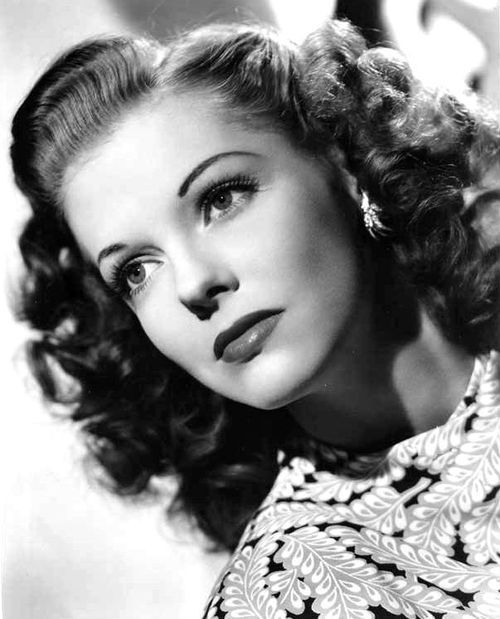 “I put all my intelligence, such as it is, into playing dumb blondes.” –Vivian Blaine

Whether in her days as a glamorous cherry redhead or a zany blonde, Vivian Blaine was an enthusiastic delight in many films. Harboring musical talents and excellent timing, Blaine could easily steal the show with her knack for comedy.

Vivian Stapleton was born in Newark, New Jersey, on November 21, 1921, to Leo Stapleton, an insurance agent and baritone singer for an orchestra, and Wilhelmina Tepley, who was a phone solicitor.

It did not take long for Blaine to develop an interest in performing. She attended the Academy of Dramatic Arts at age 12. Shortly afterwards, she would appear on local stages, priming her for a career as a big band singer in night clubs throughout New Jersey and New York. Blaine toured regularly with various dance bands with Art Kassel and his “Kassels in the Air”.

By the 1940s, Blaine was already a top-billed act at the Copacabana nightclub in New York, billed above the likes of Dean Martin and Jerry Lewis. Around the same time, she met Manny Franks, who was 20 years her senior. Franks would be her agent, husband, and the reason why she decided to sign a contract with 20th Century Fox. Blaine and Franks relocated to Hollywood, where Blaine began to appear in a succession of films.

At 20th Century Fox, Blaine shared top billing with Laurel and Hardy in Jitterbugs (1943). She also appeared in Greenwich Village (1944), Something for the Boys (1944), Nob Hill (1945), and State Fair (1945), among many other film roles. She became a prime musical performer during the wartime and post-wartime years, just behind Alice Faye and Betty Grable in popularity. 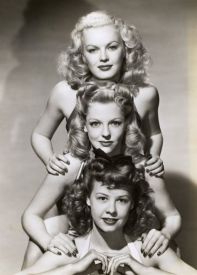 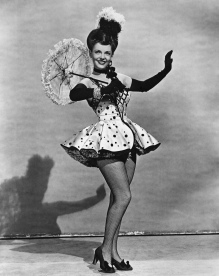 Blaine grew tired of the studio having her play second lead all too often, so she decided to buy up her contract from Fox. Afterwards, she returned to New York to pursue singing and theater engagements.

Upon making her mark in films, Blaine returned to the stage and made her Broadway debut in 1950’s Guys and Dolls. Here, she originated the role of Adelaide, the longtime fiancée of gambler Nathan Detroit. The show enjoyed 1,200 performances, with Blaine reprising the role in London’s West End in 1953 and in the 1955 feature film. She also participated in a command performance for Queen Elizabeth II. 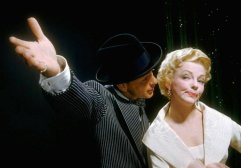 Blaine continued her Broadway career with shows like A Hatful of Rain; Say, Darling; Enter Laughing; Company; and Zorba, in addition to appearing in the touring company of Gypsy. During this period in her life, she married Milton Rackmill, President of Universal Studio s and Decca Records, who wanted a stay-at-home wife. This marriage did not last long, as Blaine was eager to continue in the business. She recorded several albums prior to their divorce in 1961. 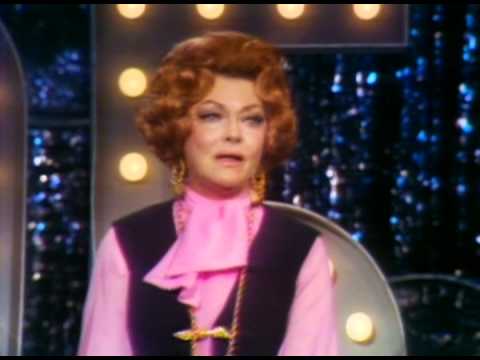 In her 50s, Blaine turned her attention to television, where she carried out may guest appearances. She could be spotted on shows like Fantasy Island; Murder, She Wrote; and The Love Boat, in addition to a recurring role on Mary Hartman, Mary Hartman. In 1971, she appeared on the 25th annual Tony Awards as a guest performer and sang “Adelaide’s Lament” from Guys and Dolls, leaving behind a filmed performance for posterity. She was also asked to perform at the White House for the likes of Presidents John F. Kennedy and Lyndon B. Johnson.

Blaine’s final marriage would be to Stuart Clark, an executive in the ferment industry who started to supervise her career and helped revive it through 1970s television. Her manager, Rob Cipriano, developed many projects for Blaine in the 1980s, mostly leading to additional television roles. In addition to her work on television, she frequently appeared on many “Best Dressed Women in America” lists, clad in the latest styles from 1973-1983. She also became one of the first celebrities to make public service announcements for AIDS-related causes, in addition to supporting AIDS-Project Los Angeles (APLA). She also recorded her cabaret act, which donated its royalties to APLA.

Blaine passed away on December 9, 1995, from congestive heart failure at age 74. She is buried at Kensico Cemetery in New York. 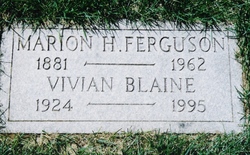 Today, there are few physical locations in relation to Blaine’s life and career. In the 1930s, her family lived at 109 38th St. in Irvington, New Jersey. In the early 1940s, she was associated with an address on Mt. Pleasant Ave. in Newark, New Jersey. While the address of her 1930s home no longer exists, this is the property today. 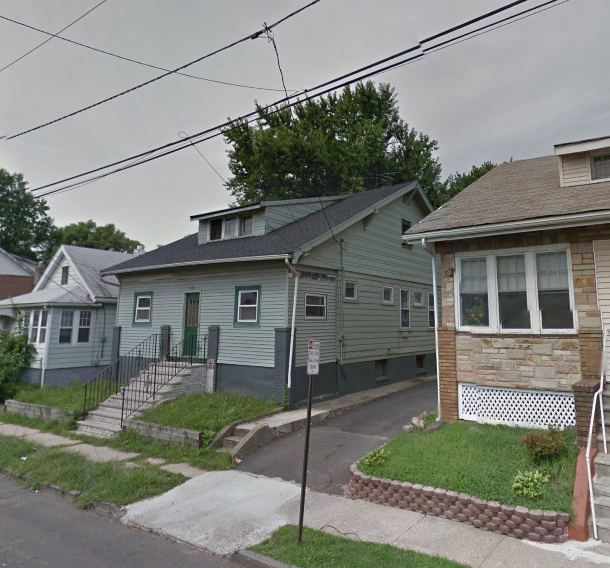 Perhaps the most effective tributes to Blaine are her rendition of “Adelaide’s Lament” for the Tony Awards as well as her donation of the Vivian Blaine Papers. The Vivian Blaine Papers reside in the archives of the New York Public Library, boasting personal correspondences between Blaine and her friends and colleagues, in addition to personal items such as album covers, Fan Club materials, contracts, hand-written recipes, and professional files relating to her career in film and on the stage. Her collection also includes awards, photographs, press and publicity materials, programs, scripts, and scores.

Should you be in an archive in New York or enjoying one of Blaine’s many performances elsewhere, take a moment to celebrate the enthusiastic contributions Blaine made to the world of entertainment.