As we draw nearer to the date of the 90th Academy Awards, viewers from across the nation and beyond look forward to helping Hollywood celebrate its biggest night. While actors and artists from various backgrounds are honored and memorable moments occur, a new chapter in Academy Award history is written with every award ceremony. Though the list of Best Picture winners gets a little longer with every passing year, it is worth taking a step back and reflecting upon the film that landed at the top of the list: Wings (1927).

Paramount Pictures’ Wings is a silent film packed with romance, action, and drama. Set during World War I, the plot follows the adventures of two fighter pilots who come from different social standings but find themselves vying for the affections of the same woman. The two pilots, Jack Powell and David Armstrong, are portrayed by Charles “Buddy” Rogers and Richard Arlen, respectively. Jobyna Ralston plays Sylvia Lewis, who finds herself being romantically pursued by both Jack and David. In the meantime, Mary Preston, played by Clara Bow, yearns for Jack’s love. Jack and David are rivals in their hometown, they gradually develop a friendship and as the war rages on. While Sylvia remains on the home front and waits for David’s return, Mary joins the war effort as an ambulance driver and encounters Jack in a new context. As the story unfolds, each character is impacted deeply by love, loss, and the consequences of war. 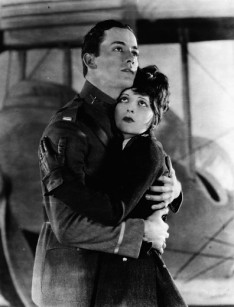 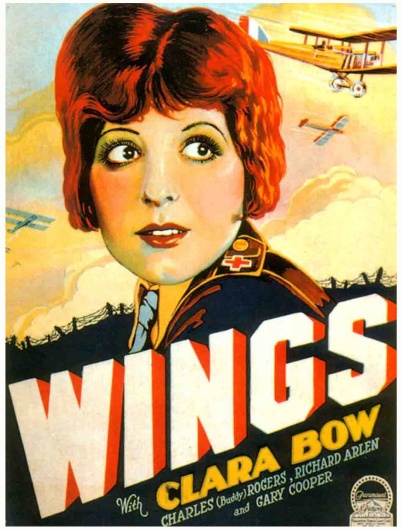 Wings was written by John Monk Saunders and adapted into a screenplay by Hope Loring and Louis D. Lighton. The film was produced by Lucien Hubbard, Adolph Zukor, Jesse L. Lasky, B.P. Schulberg, and Otto Hermann Kahn. Due to the fact that the film called for depictions of combat in the air and on land, director William A. Wellman was brought to the project. At the time, Wellman was the sole director in Hollywood with World War I combat experience. With a two million dollar budget, the film was able to be shot on location at Kelly Field in San Antonio, Texas. The project employed at roughly 300 pilots and hundreds of extras. Pilots and planes from the United States Army Air Corps were also utilized throughout filming. After receiving supervision and assistance from military officers, the resulting film was recognized widely for its use of technology and realism in depictions of war through Harry Perry’s fine cinematography, laying the foundation for future aviation films.

While Wellman had experience in World War I, so did actor Richard Arlen and writer John Monk Saunders, who had both served as military aviators. Arlen was a pilot with the Royal Canadian Flying Corps, though he never experienced combat. As a result, Arlen performed his own flying throughout the course of the film. Rogers had to go through flight training so that the crew could capture close-ups of him in the air; he managed to log over 800 hours of flying time during the making of the film. In fact, he would be in the air for extended periods of time, which would lead to him feeling ill and vomiting as soon as he landed. Even though many aircrafts were in the air for filming, only two unfortunate incidents occurred: stunt pilot Dick Grace was involved in an accident and, tragically, a U.S. Army Air Corps pilot died during filming.

Nonetheless, Paramount head Jesse L. Lasky garnered support from the War Department, along with $16 million, and was precise and confident in capturing the battle scenes required by the script. He oversaw the use of Thomas-Morse MB-3s, among several other plane types, but needed to request additional planes and pilots from Washington. The War Department viewed the film as a potential recruiting tool, gladly equipping Wellman with 5,000 troops, five tanks, and over 100 planes. The Air Corps provided pilots and six additional planes from the 1st Pursuit Group from Selfridge Field. Moreover, Second Lieutenant Clarence S. “Bill” Irving acted as an adviser to Wellman and developed an airborne camera system that could capture close-up scenes of the different actors and pilots in moments of combat. When Arlen, Rogers, and other characters are shown in close-up while flying, they are indeed working the planes themselves and flying so that the German fighter planes can be seen behind them. The camera was strapped to the engine cowling to capture the performances of the actors. For Rogers’s first few flights, however, backup pilot Lt. Hoyt Vandenberg flew with him and hid in the back seat of the plane to operate the controls while Rogers acted. 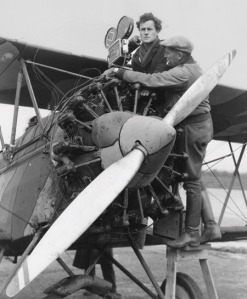 The Battle of Saint-Mihiel was the most complicated and extensively rehearsed scene in the film. Wellman worked with roughly 3,500 infantry men—exclusively from the National Guard—over ten days. Wellman also choreographed routes and maneuvers for 60 planes, with actors using chocolate syrup for blood when their characters were wounded. Moreover, Wellman planned explosions for the scene and detonated them from a control panel during shooting. In addition, a crew of 20 men was provided with hand-held cameras to capture footage from various perspectives throughout the battle scene. Though most Hollywood productions at this time took just over a month to film, Wings took roughly nine months. 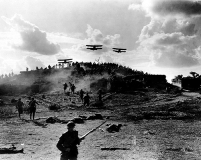 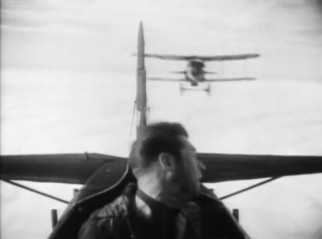 While much of the film follows Arlen and Rogers, the script was rewritten to accommodate Clara Bow. Clara was a top star for Paramount and her presence in the film captured the interest of her fans. The film also includes a brief appearance by Gary Cooper as Cadet White, whom Jack and David meet when they are in training. Furthermore, Arlen and his supporting star, Jobyna Ralston, met on the set and married during the film’s production. Their marriage produced a son, Richard Arlen, Jr., and lasted until 1946. 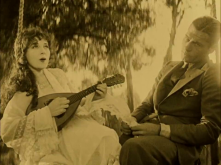 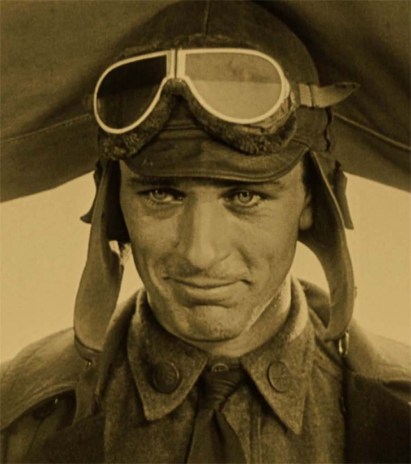 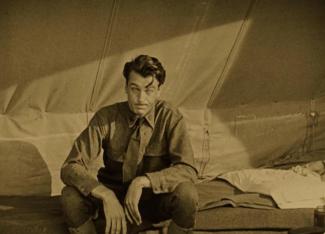 Wings is a film that boasts many firsts. It is the first film project for which costume designer Edith Head worked. The film is also one of the first widely released films to show nudity, as well as one of the first films to show two men kissing. Already a major success upon its release, the public’s interest in Wings only grew with Charles Lindbergh’s transatlantic flight. On the night of the first Academy Award ceremony held at the Hotel Roosevelt on May 16, 1929, Wings won the Academy Award for Best Picture. At the time, the award was officially for Best Picture, Production, which is today’s equivalent of Best Picture. Special effects artist Roy Pomeroy received the award for Best Engineering Effects for Wings. Clara Bow was presented with the film’s initial Oscar by Academy Awards host Douglas Fairbanks, on behalf of producers Adolph Zukor and B.P. Schulberg.

The Academy of Motion Picture Arts and Sciences will screen the first Best Picture winner, “Wings,” starring Clara Bow, Charles “Buddy” Rogers, Richard Arlen and Gary Cooper, as part of a celebration of Paramount Pictures’ 100th anniversary, on Wednesday, January 18, at 7:30 p.m. at the Samuel Goldwyn Theater in Beverly Hills. Pictured: Charles ‘Buddy’ Rogers and Clara Bow as they appear in WINGS, 1927.

Despite its importance, Wings was considered a lost film for several decades. In 1992, a print was found in a Paris film archive and was transferred from nitrate to a more stable film stock. By 1997, the Library of Congress selected Wings for preservation as part of the U.S. National Film Registry for being culturally, historically, and aesthetically significant. While the original negative for the film no longer exist, Paramount issued a restored version when it was celebrating its centennial anniversary. Thankfully, this important piece of cinema can be enjoyed the world over, almost a century after its release.

Though a new film will be honored with the Academy Award for Best Picture in under a month, take a moment to revisit some of the winners that have preceded the latest addition to the roster. Better yet, start with Wings.