Posted on February 12, 2018 by Annette Bochenek 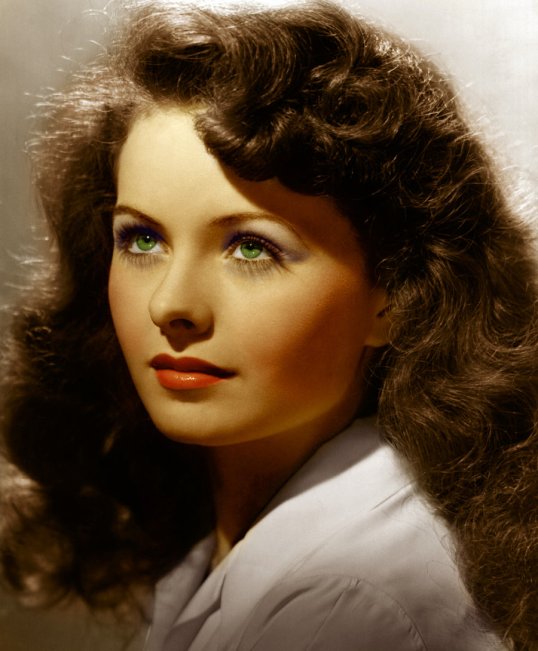 “I loved being at the studio [20th Century Fox]. After all, I started at 15, and I grew up there. But there comes a time when an actress stays too long in the same place. People get used to having you around, and they can’t think of you in a different light.” –Jeanne Crain

When thinking of some of 20th Century-Fox’s greatest stars, one will surely recall Jeanne Crain and the many film roles she carried out when under contract there. Though not a singer, she was featured in many musical films, among several other genres.

Crain was born and raised in California, and grew up relatively close to the studio where she would one day work. Jeanne Elizabeth Crain was born on May 25, 1925, in Barstow, California, to high school English teacher George A. Crain and Loretta Carr. Though born in Barstow, the family would relocate to Inglewood, California. George and Loretta divorced in 1934, leading Jeanne and her mother to move to a new residence in Los Angeles.

Jeanne attended Inglewood High School, where she was active in the Girls’ League, Senior Play Class, and in various theatrical productions. She was also crowned Grid Queen. Additionally, one of Jeanne’s hobbies included ice skating, which garnered her some attention. She was crowned Miss Pan-Pacific at the Pan-Pacific Auditorium in Los Angeles. 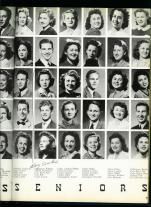 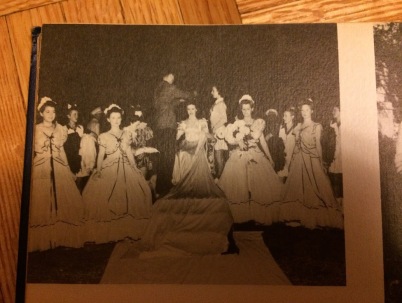 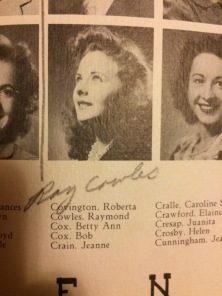 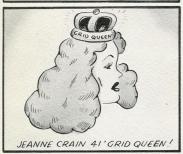 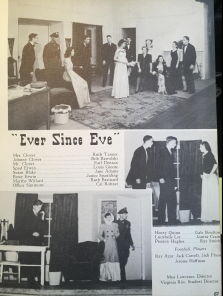 While attending high school, Jeanne tested for a role alongside Orson Welles and enrolled at UCLA to study drama. Though she was not cast, she did carry out a small role in the 20th Century Fox film The Gang’s All Here (1943). The same studio later cast her as a love interest in the hit Technicolor film Home in Indiana (1944), cementing Crain as a popular film actress. In response, studio head Darryl F. Zanuck starred Crain in In the Meantime, Darling (1944) in the role of a war bride and gave her a raise along with star billing. Though her acting skills were criticized negatively, she continued to draw attention from audiences. Crain would soon receive positive reviews from critics after starring in Winged Victory (1944). 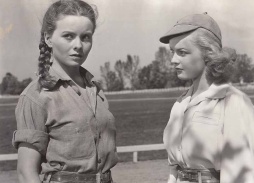 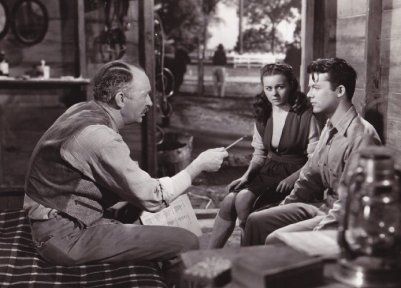 Shortly after the release of Winged Victory (1944), Crain christened and signed an aircraft by the same name prior to its deployment.

Crain’s first musical role came when she starred alongside Dana Andrews in State Fair (1945), though her singing voice was dubbed by Louanne Hogan. Nevertheless, Crain appeared in several more musical films and continued to be dubbed mostly by Hogan. After the success of State Fair came yet another noteworthy role for Crain as the good sister in Leave Her to Heaven (1945). At this point, Crain was a key box office star for 20th Century Fox, and Zanuck became especially involved in casting her strategically. She appeared in Centennial Summer (1946) and Margie (1946), with Margie showcasing her ice skating talents. In addition, she was also nicknamed “Hollywood’s Number One Party Girl,” since she claimed that she was invited to at least 200 parties per year.

Later that year, Crain married former RKO contract player Paul Brinkman on New Year’s Eve against her mother’s wishes. Crain took a break from acting in 1947 when she had her first of seven children with Brinkman. She returned to work the following year, appearing in You Were Meant for Me (1948), and Apartment for Peggy (1948). 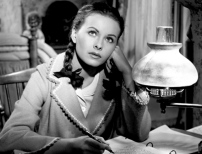 However, as the 1950s continued, the box office performances for Crain’s films were disappointing, leading her to leave 20th Century Fox. At the same time, Crain’s marriage became rocky, with each spouse claiming that the other had been unfaithful. Though the couple reconciled and remained married, they lived separately until Brinkman’s passing in 2003. 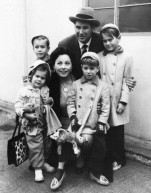 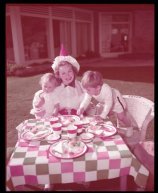 Crain continued acting at Universal, where she was cast in several films such as Duel in the Jungle (1954), Man Without a Star (1955), and Gentlemen Marry Brunettes (1955). She also appeared on television in adaptations of The Great Gatsby as well as a television production of Meet Me in St. Louis, also starring Myrna Loy, Walter Pidgeon, Jane Powell, Ed Wynn, and Tab Hunter. 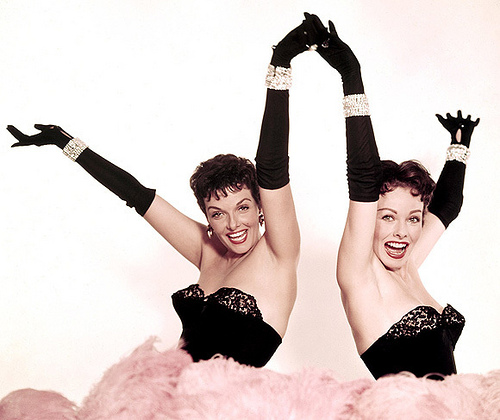 In the 1960s, Crain approached a semi-retirement, though she sporadically appeared in films. Some of her films during this period include Nefertiti in Nefertiti, Queen of the Nile (1961), a reunion with Dana Andrews in Hot Rods to Hell (1967), Skyjacked (1972), and her final film, The Night God Screamed (1975). 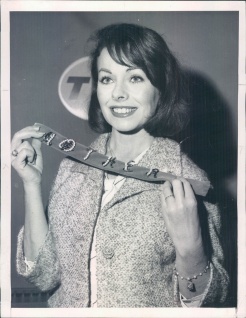 Crain passed away within two months of her husband on December 14, 2003, from a heart attack.

The Pan-Pacific Auditorium, where Jeanne was crowned Miss Pan-Pacific, was included in the National Register of Historic Places, but was destroyed in a fire in 1989. It stood at 7600 Beverly Blvd in Los Angeles. In 2002, the site was converted to Pan-Pacific Park and has a recreation center, with a small replica of one of the initial auditorium’s famous towers. 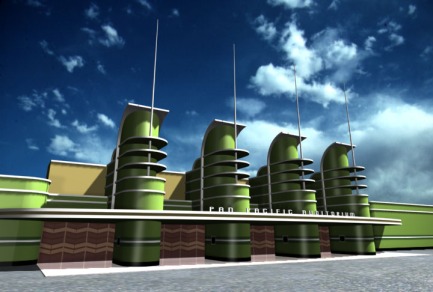 Jeanne lived at nearby 822 S. Walnut Ave in Inglewood. Here is the site today:

She later lived at 5817 Van Ness Ave in Los Angeles, which looks like this today:

Whether you are as restless as a willow in a windstorm with spring fever or enjoying a winter glide in your ice skates, take a moment to remember Jeanne Crain.