Posted on December 15, 2017 by Annette Bochenek 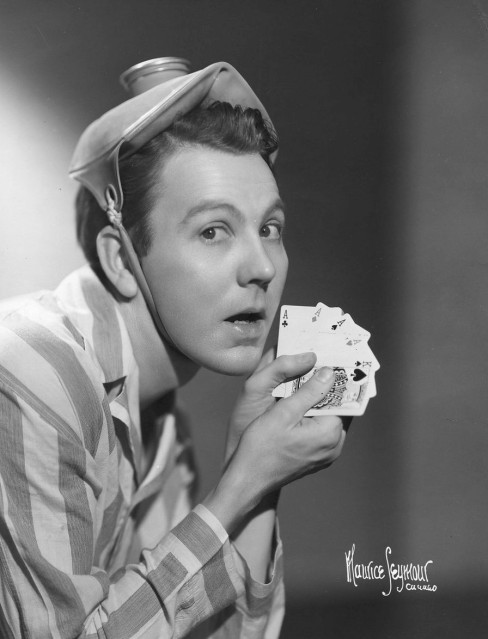 [the bartender hands Don his drink]

Don Hewes: Can you drown a brunette in this?

Mike the Bartender: How tall is she?

Mike the Bartender: [filling the glass a little more] Try this.

–Clinton Sundberg as Mike the Bartender in Easter Parade (1948)

Where would films be without beloved character actors? Though their names may not have received as much acclaim as those of the other leading ladies and gentlemen in Hollywood, the roles they played never failed to advance many a plotline. Their familiar faces can easily be spotted in a multitude of Hollywood films and in a wide range of roles. Among that array of familiar faces is Clinton Sundberg.

Clinton was born in Appleton, Minnesota, in 1903, and grew up in St. Paul, Minnesota. He graduated from Hamline University, where he was actively involved in the Hamline players, which was the university’s dramatic society. Among his acting credits at Hamline, Clinton played the role of Gordon Schuyler in a 1924 production of Three Wise Fools that traveled throughout the state of Minnesota for performances. While at Hamline, he was also president of his fraternity, Beta Kappa, and captain of the tennis team. 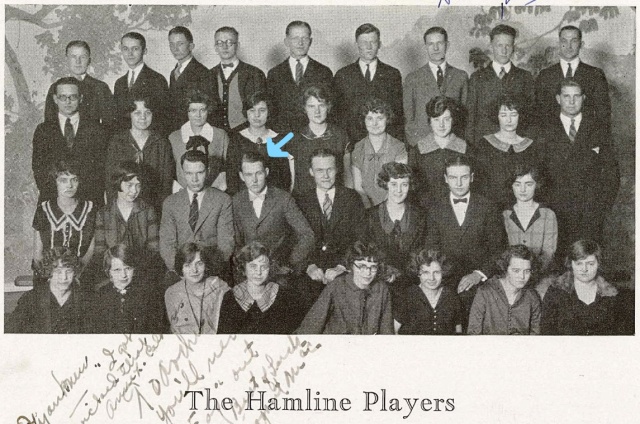 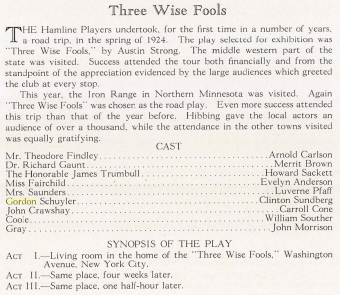 Though Clinton enjoyed participating in theater throughout his academic career, he studied English literature and taught the subject for several years. However, by 1933, Clinton decided to leave teaching for acting and began appearing in stock theater performances in New England. For the most part, Clinton was cast in comedies, and blended into the stories as a soft-spoken, scratchy-voiced character. Some of his stage credits include a part in Nine Pine Street (1933), Boy Meets Girl (1936), Room Service (1937), and as Mortimer Brewster Arsenic and Old Lace (1944). He also appeared in a stage production of The Rugged Path (1945) that happened to star Spencer Tracy, which led him to work for Metro-Goldwyn-Mayer.

Prior to becoming a staple character actor at MGM. Clinton was first cast as Mr. Warmsley in Undercurrent (1946), which starred Robert Taylor. His pleasant, lighthearted demeanor led him to appear frequently in the backgrounds of many films, especially musicals, even though Clinton himself was not a singer. Nonetheless, he supported many Hollywood stars in their performances.

Among other performances, Clinton can be spotted as Peter Lawford’s college professor in Good News (1947); a shoe clerk trying to boost Mickey Rooney’s height in Words and Music (1948); Van Johnson‘s fellow shop clerk in In the Good Old Summertime (1949); a theatrical producer worried about his stars, Fred Astaire and Ginger Rogers, in The Barkleys of Broadway (1949); a Wild West Show promoter whom Betty Hutton serenades in Annie Get Your Gun (1950); a frazzled hotel owner attending to the needs of Debbie Reynolds, Jane Powell, and his son, Carleton Carpenter in Two Weeks with Love (1950); and as an organist in love with Vera-Ellen in The Belle of New York (1952). However, one of his most memorable appearances is as a kindhearted bartender in Easter Parade (1948). 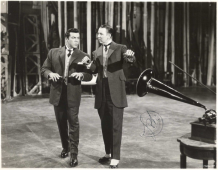 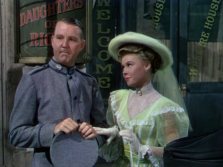 After years of appearing in bit parts for MGM, Clinton returned to the stage as Mr. Kraler in the original 1955 production of The Diary of Anne Frank.

Clinton also appeared in many televisions shows, which gave him the chance to be more assertive in personality, taking on the roles of doctors and professors in various television episodes. He can be seen on two episodes of Perry Mason (“The Case of the Drowsy Mosquito” in 1963 and “The Case of the Scarlet Scandal” in 1966). He also appeared as newspaper publisher Luther Boardman in an episode of Lawman (“The Man Behind the News,” 1962). In addition, Clinton contributed voice-over work and appeared in dozens of commercials throughout the 1970s.

Clinton died of heart failure in his Santa Monica home on December 14, 1987, shortly after his 84th birthday. According to the LA Times interview with the Gates-Kingsley-Gates Mortuary, there was no funeral held. The location of his grave site is unknown.

Nonetheless, some places of relevance to Clinton remain.

His childhood home in St. Paul, Minnesota, was located at 823 N Snelling Ave. It appears to be a fraternity on the Hamline University campus. Here is a picture of the property today:

With that being said, Clinton’s alma mater, Hamline University, continues to exist as an American private liberal arts college. It is located at 1536 Hewitt Ave., in St. Paul, Minnesota. 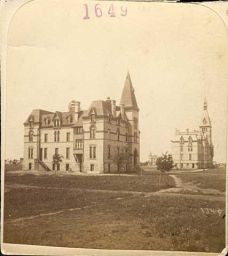 Finally, the Cort Theater, where Clinton acted as part of the original cast of Anne Frank, was designated a New York City historic landmark in 1897. It stands at 138 W 48th St., New York, New York.

The next time you find yourself watching an MGM musical, keep your eye out for Clinton. There’s a good chance he may appear!

This post is part of the “What a Character!” Blogathon, hosted by Paula’s Cinema Club, Once Upon A Screen, and Outspoken and Freckled.