The Girl from Hollywood

“You are doing a man’s work here and living a man’s life, and what you do here does count. […] If I were a man, I’d like your chance!”

—The Girl from Hollywood (Burroughs 119)

Edgar Rice Burroughs was a notable American author who wrote a wide variety of fictional works. Inspired by adventure, he created the jungle protagonist, Tarzan, in addition to various characters in science fiction. While exploring the many genres that captured his interest, he also released many contemporary novels. Among them, and several years after the publication of his Tarzan installment, is The Girl from Hollywood.

Published on August 10, 1923, the novel initially appeared as a serial for Munsey’s magazine from June through November of 1922. The Los Angeles Review of Books (LARB) has delighted fans of the nascent film industry once again by re-releasing the novel for today’s audiences, complete with an introduction by Steph Cha. 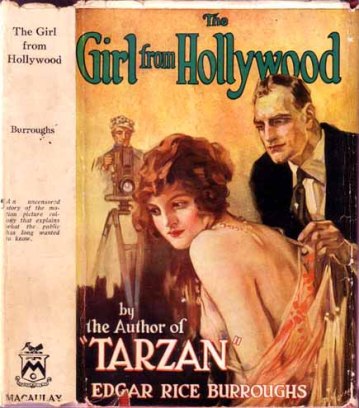 Originally titled The Penningtons, the story focuses on the Pennington family’s life on their California ranch as well as the life of a young Hollywood actress. The Pennington family includes two grown children, Custer and Eva, who have a neighbor named Grace Evans. Though there is an understanding of romance between Custer and Grace, Grace wants to try to establish a career as an actress before pursuing a serious romance.

“Just what do you want to do, dear?” he asked gently.

“I—oh, it seems silly when I try to put it in words, but in dreams it is very beautiful and very real.”

“It is just like you to understand!” Her smile rewarded him. “Will you help me? I know mother will object.”

“You want me to help you take all the happiness out of my life?” he asked.

“It would only be for a little while—just a few years, and then I would come back to you—after I had made good.”

“You would never come back, Grace, unless you failed,” he said.

To complicate matters, Grace has a brother named Guy, who adds additional drama to the plot. An aspiring writer, Guy is in love with Eve but struggles with alcoholism and does not have an income that would support their life together. In order to make money, Guy finds himself making a living by becoming involved in a bootleg business.

While there are many troubles at the Pennington home, additional vices encounter Grace in Hollywood. Actresses who refuse to trade sexual favors for the opportunity to appear on screen are given lackluster roles, if any. In other situations, performers become addicted to drugs, including cocaine, morphine, and heroin.

In contrast to some of the starry-eyed heroes of other novels who look to cement themselves as cinematic idols, Burroughs’s novel portrays a reality that is far more harsh to each of his characters. His Hollywood is a fascinating contrast to Harry Leon Wilson’s 1922 novel, Merton of the Movies, offering a sense of disenchantment and more trying reality that does not seem to relent. In the works of Burroughs’s peers, some characters do find an eventual niche in the film industry, whereas Burroughs leads his characters to different fates.

Written during the early days of the film industry, Burroughs does not fail to document some of the stars of the time period.

“‘Oh, wouldn’t it be spiffy if she really does become famous! I can see just now puffed up we shall all be when we read the reviews of her pictures, like this—’Miss Grace Evans, the famous star, has quite outdone her past successes in the latest picture, in which she is ably supported by such well known actors as Thomas Meighan, Wallace Reid, Gloria Swanson, and Mary Pickford.’

Though these real-life celebrities do not appear as pivotal characters in the story, they represent the end goals and star-studded status that Grace wants to achieve. Nonetheless, each of them also experiences harsh and trying moments while in pursuit of stardom. 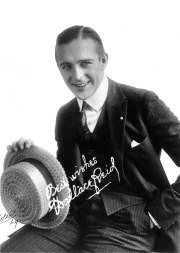 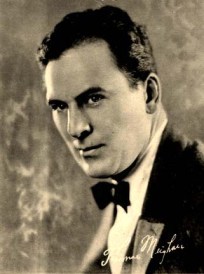 As the story unfolds, Burroughs proves to be a master of the naturalistic style. In this work of extreme realism, the factors of family, social conditions, and the surrounding environment are each crucial in shaping the fates and the overall human character of the individuals in his novel. While there are characters who are more nurturing than others, there is a sense of adventure that gives way to a clear philosophical pessimism, ignited by the elements that weigh his central characters down.

In addition, Burroughs draws from his personal life, with the Pennington ranch being modeled after his own Tarzana, California, ranch. His description of the novel’s Rancho del Ganado documents the landscape of the day, functioning as a time capsule for the pre-suburban Tarzana landscape. 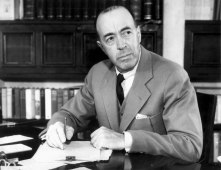 Though Burroughs is overall more renowned for his heroic and science fiction tales, The Girl from Hollywood is an intriguing departure from his usual style of writing. In particular, none of the characters are morally “spotless”; each individual struggles with his or her own set of vices and personal challenges. All in all, the novel is a fine story that gives an interesting glimpse of the darker side of Burroughs’s Hollywood.

The Girl from Hollywood is available for purchase via LARB.