Such Mad Fun: Ambition and Glamour in Hollywood’s Golden Age

While actors and actresses in Hollywood are predominantly featured in the advertisements and general press for their films, there are many more people behind the scenes who are crucial to the development and depiction of a story. In order to portray a story, it has to be written first. But what was it like to be a writer in early Hollywood, let alone being a woman in the writing profession?

Robin R. Cutler’s Such Mad Fun: Ambition and Glamour in Hollywood’s Golden Age tells the story of Jane Hall, a female writer in early Hollywood. Cutler’s book offers a fascinating take on describing the social climate of the film industry as well as an overview of what it meant to be a career-driven woman in pursuit of a position in a male-dominated, artistic field. Moreover, Cutler speaks with a special kinship to the subject of her work, as Jane Hall is her late mother.

Cutler draws much inspiration from her family’s history. As a result, she is able to construct a careful, accurate, and intriguing portrayal of her ancestors and writes in an inviting and thoughtful manner. Previously, Cutler wrote about her grandfather, humorist Dick Wick Hall in The Laughing Desert (2012). Cutler carries on from where she left off with her grandfather to tell the story of her mother.

Cutler discusses the passing of Jane’s parents and newfound orphan life to her transition into becoming a key Hollywood writer. In this text, the reader learns of just how impactful the written word was to Jane, who was already published in the L. A. Times at the age of 10.

As Hall grew, her love of writing continued to flourish. Hall actively sought opportunities to write and publish throughout her teen and adult years. Later, she accepted a position as a writer at MGM Studios. 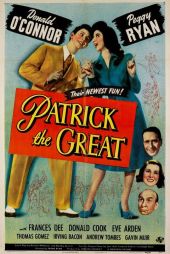 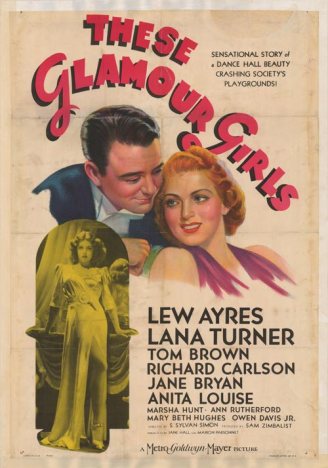 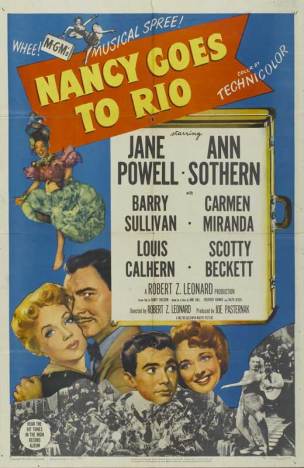 Cutler’s book is thoroughly researched and beautifully illustrated with photos from her collection. Culter holds a Ph.D. in history from Columbia University and has been a public historian for more than three decades. She has also co-produced the Emmy-nominated dramatic series, “Roanoak,” for PBS’s American Playhouse.

Courtesy of JKS Communications, I was able to interview Robin Cutler about her most recent book. Our conversation is available below.

Annette: Jane Hall was a writer who worked behind the scenes of several great MGM films. However, most of the attention and advertising surrounding a film goes to the actors. What compelled you to focus on Jane Hall and take on the project of telling her story?

Robin: When I began reading Jane’s diaries, letters, and her published work from the 1920s and 1930s, I realized that she had an unusual story to tell about the joys and challenges talented, motivated young women faced in those decades. Jane would be an astute observer of and participant in a rarefied world once she came to New York in 1930. She’s funny, articulate and authentic in describing this world and allowing readers to immerse in her personal growth and her literary journey. Because she was my mother and very tight-lipped about her early life and her worries in the 1950s and beyond, I met someone through this research that I didn’t know. And I wanted to put her story in the context of other women’s lives in the mid-20th century because their stories and hers resonate so much today.

Annette: Jane was not your average woman of the 1930s and 1940s! Are there any other career-driven women that associated with her, either as fellow writers or women of other career paths?

Robin: Many women succeeded in the arts in those years — some people believe ambitious women were better off in the 1930s than they were in the 1950s. (Remember Betty Draper in Mad Men?) Often they had extremely supportive husbands or, if not, married more than once. Jane admired prolific author Faith Baldwin and her senior MGM colleague Frances Marion; she was also impressed by two women that she interviewed, screenwriter Vina Delmar and actress Margaret Sullavan; and, of course, Rosalind Russell who befriended her at MGM. She remained friends with the accomplished artist Ruth Gikow whom she had met in art school. But she trusted men more than women and needed their admiration; among her closest lifelong pals were former suitors or colleagues such as Marion Parsonnet, and artists Jon Whitcomb and Bradshaw Crandell, who shaped her sense of who she was meant to be.

Annette: While you were putting together this book, was there any piece of information that you found particularly interesting or shocking?

Robin: I was moved to tears by what Jane wrote when she was a preteen and young teenager. Although these heartfelt stories, poems, and articles are not the focus of the book, I wondered what happened to this fiercely determined and gifted little girl by the time I was born. Also intriguing was the way she inserted elements of her own life in the stories that she wrote for Cosmopolitan and other magazines. When I read them, I recognized people that I had known as a teenager. One of her funniest stories is her last — “Acapulco Fizz” (Cosmopolitan Jan 1946) —which is based on her brother’s romance with an art school friend of hers whom I knew very well.

Annette: What are some typical characteristics of Jane Hall’s writing? Does she have any trademarks that she uses often in her writing?

Robin: Jane’s writing is at times irreverent and sassy. She had a great ear for dialogue and used it well. She was an expert at the clever comeback which could mask true feelings. Magazine editors loved the way her buoyant personality came through in the stories and articles they commissioned her to do. Perhaps the strongest influence on Jane throughout her life was her father, Arizona humorist Dick Wick Hall, who died tragically when she was 11. Jane didn’t hesitate to use satire to poke fun at pretentious people as he had, and she used random capital letters (another one of his trademarks) which editors didn’t seem to mind.

Annette: Jane Hall showed promise in her writing at an early age, long before her career in Hollywood began. Are there any tributes to her in the various places she lived?

Robin: Articles came out about young Jane in Arizona and in Los Angeles, and Manhattan Beach, California, that gave her tremendous confidence — she was very proud of being called a “genius” and a “prodigy.” She was especially taken with herself when a reporter from the Newspaper Enterprise Associates feature service came to her home office in Manhattan Beach to interview her (at 15) in February 1930. She won prizes as a juvenile author leading to frequent notice in the Los Angeles Times and the popular St. Nicholas Magazine. Later on, Jane would be covered frequently by Manhattan society columnists and the Hollywood trades. She was a mix of strong ego and touching vulnerability.

Annette: What is the biggest lesson you learned from researching Jane Hall’s life?

Robin: That so often we really don’t know the backstories of people we think we know. So do we really know them? If we take time to listen to others, sometimes we might be surprised. My mother never talked about her early life much at all, but then I probably didn’t ask about it either. I can see she carried a lot of mixed emotions in an era when women did not have much support for following their own dreams.

Annette: Is there something you are particularly proud of in this book?

Robin: I’m glad to have collaborated with my late mother, in a sense, to let her story come out. I’m sure she wanted to write about her own life or she would not have carefully kept so many papers — I’m not so sure she would have wanted me to do the telling. And I’m happy I waited a long time to tackle this project; I was only forty three when she died which seems very young now. (My oldest daughter is forty three.) At that point in my life I might not have had the perspective to do a good job with this story.

Annette: Writers are often overshadowed by other professions in the film industry, but Jane Hall is such a great talent to celebrate. What can we do to continue to preserve her legacy?

Robin: These days, people are more aware of how important screenwriters are in the creation process. Jane did not remain in the film industry for very long, but her on-the-spot descriptions of becoming and being a screenwriter are worth preserving. That was one of my main reasons for writing Such Mad Fun. I expect to offer some of her papers to the wonderful Academy of Motion Picture Arts and Sciences Margaret Herrick Library in Beverly Hills. And, of course, I will send the library this book.

Robin Cutler’s Such Mad Fun: Ambition and Glamour in Hollywood’s Golden Age is an excellent addition to the library of any classic film fan. For more information about Robin Cutler and her work, please visit her website and Facebook page for this book.

4 Responses to Such Mad Fun: Ambition and Glamour in Hollywood’s Golden Age